Yun Dong-ju
Translated from the Korean by Jack Jung

Night rain whispers from outside the windowof this tatami room. It is someone else's country.Yes, I know. All poets must submit to an unhappy fatemandated by the Universe, but perhaps I'll write a few lines—After receiving an envelope filled with tuition moneyand sweat and love from my family,I attended an old professor's lecturewith my college notebook in my arms.My childhood friends haunt my thoughts.I lost them one by one.What is it that I want?What is it that I am letting myself get low, here alone?Life is difficult—and the fact that a poem can be so easily writtenis a disgrace.Tatami room is someone else's country.Night rain whispers from outside the window.Lamp's light pushes against the dark, just a little.I am the final version of myselfwaiting for morning to arrive like a new era.I am my first handshake. A small hand grasped in tears. 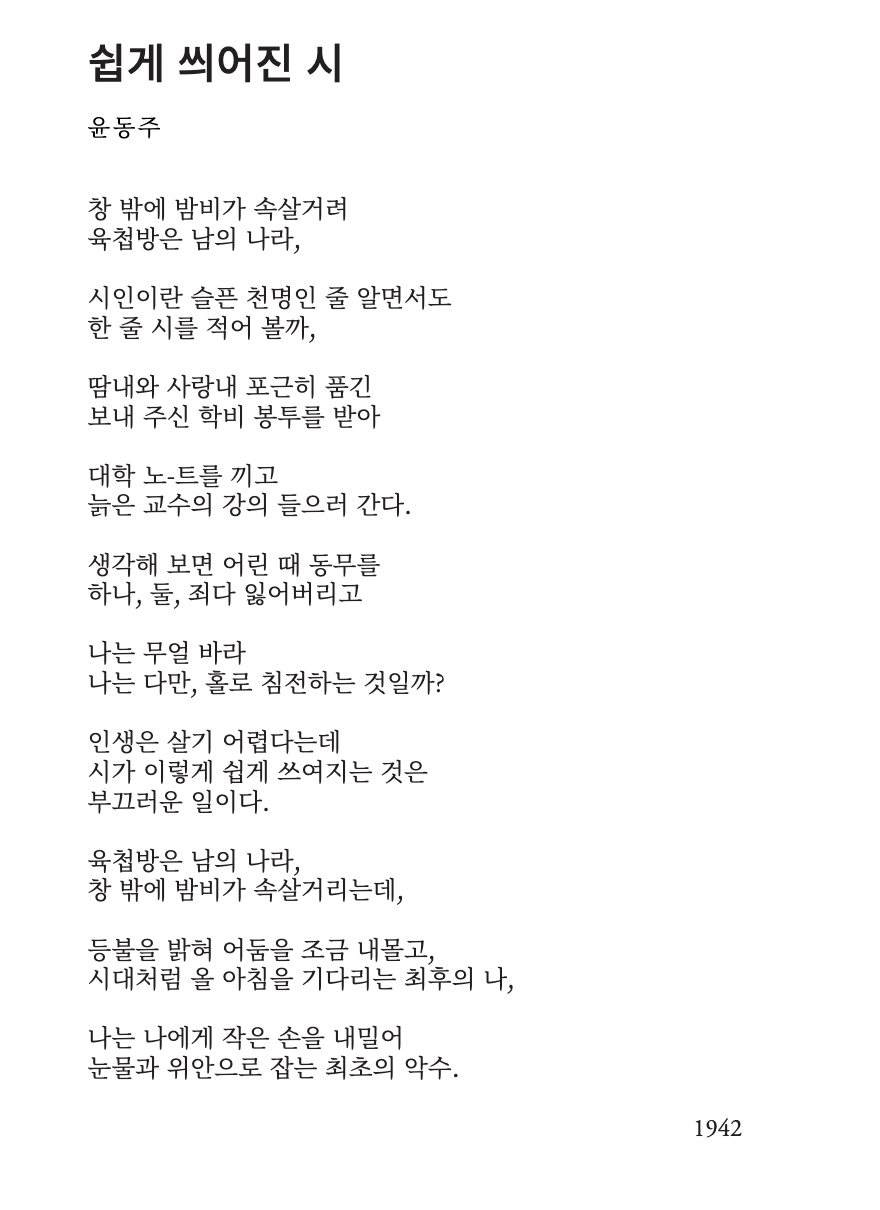 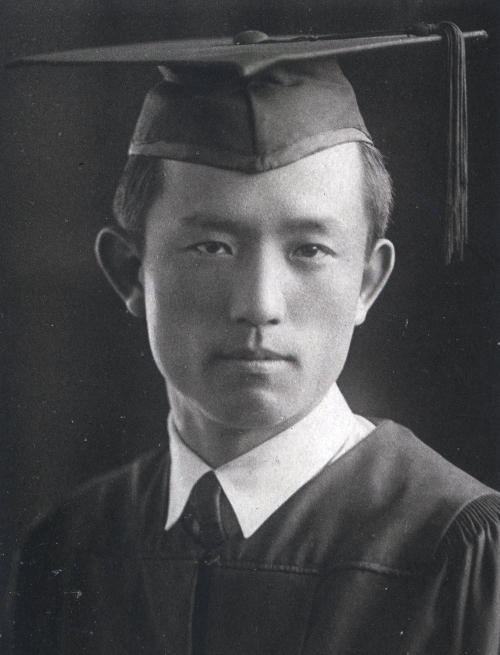 Yun Dong-ju (1917-1945) was a poet and an activist for Korean independence from Japanese colonization. His youthful poetry was initially filled with images of nature, religious
contemplations, and his love for European literature. These slowly gave away to his themes of resistance against the empire that simultaneously evoked his shame and guilt for his privileged life in the time his people’s suffering. In 1942, Yun Dong-ju left Korea to study English literature in Japan. Many Korean poets and writers by 1940s had either stopped writing or had become collaborators of the empire as its oppression grew worse. Yun became a member of a secret Korean student organization conspiring for Korean independence movement within the Japanese military. They were all arrested before the plan was set in motion. He died in prison at age 27. He was likely subjected to medical experimentations that led to his death. 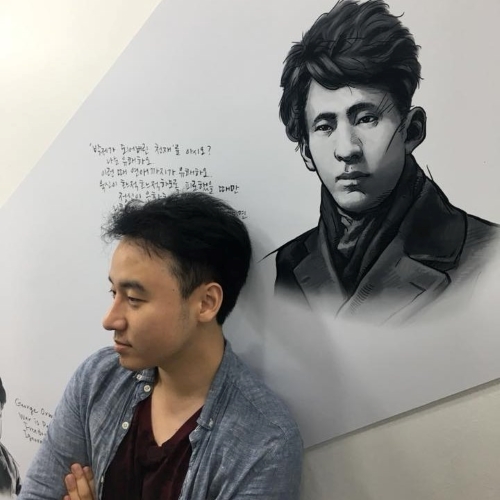 Jack Jung is a graduate of the Iowa Writers’ Workshop, where he was a Truman Capote Fellow. His translations of Korean poet Yi Sang’s poetry and prose are published in Yi Sang: Selected Works by Wave Books. He is a Visiting Assistant Professor of English at Davidson College. 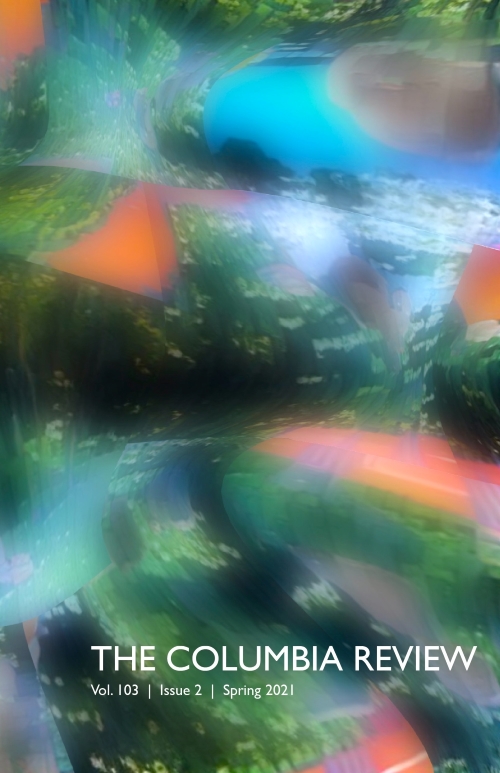 The Columbia Review is the oldest college literary magazine in the nation, publishing its first issue in 1815. At that time the Review was associated with the Philolexian Society, the college’s literary society which was established in 1802. Then entitled Literary Monthly, the magazine underwent various changes throughout the nineteenth century, serving as a forum for both literary and social dialogue amongst students of the time.

In 1898, the magazine was revitalized under the guidance of John Erskine, Professor of English and founder of Columbia’s Core Curriculum. Renamed The Morningside, it was published every third Thursday of the academic year—at a time when a yearly subscription cost only a dollar. While Erskine only served as Chief Editor until 1903, he would continue to oversee the magazine for the next thirty years.

Under the guidance of Max Feldman, The Morningside officially became The Columbia Review in 1932. Throughout the 1930s and 1940s the magazine was supervised by Mark Van Doren, the Pulitzer Prize-winning poet, as well as Lionel Trilling. The Review has a rich history of Chief Editors, ranging from Whittaker Chambers to Paul Auster.