love & the memory of it

Copyright © 2021 by Jay Hopler.
All rights reserved.
Reproduced by Poetry Daily with permission.

Jay Hopler’s poems, essays, and translations have appeared in numerous magazines and journals including American Poetry Review, The Believer, Kenyon Review, The Nation, The New Republic, and The New Yorker. Green Squall, his first book, was awarded the Yale Younger Poets Prize by Louise Glück in 2005. His second book, The Abridged History of Rainfall, was a finalist for the 2016 National Book Award in Poetry. The recipient of awards and honors including the Great Lakes Colleges Association New Writers Award, a Whiting Award, and the Rome Prize in Literature, Hopler lives in Utah with his wife, poet and Renaissance scholar Kimberly Johnson. “love & the memory of it” will appear in Hopler’s third book, Still Life, forthcoming from McSweeney’s in 2022. 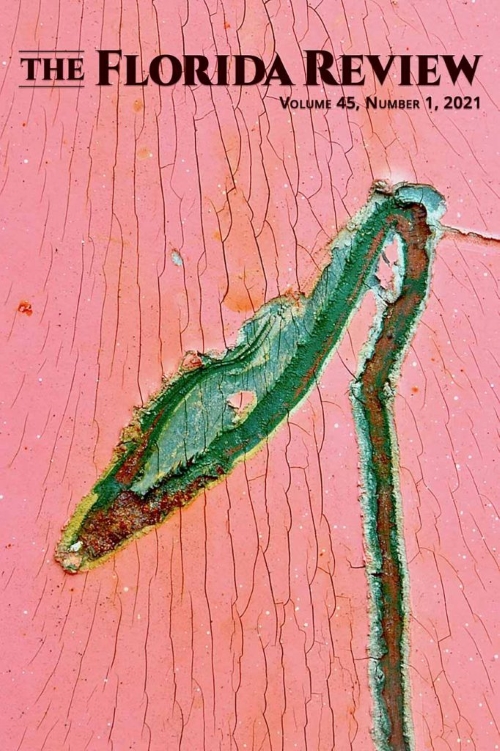 Buy This Book
The Florida Review

The Florida Review is published twice yearly by the University of Central Florida. Our artistic mission is to publish the best poetry, prose, and graphic narrative produced by the world’s most exciting emerging and established writers and artists.

We are not Florida-exclusive, though we acknowledge having a jungle mentality and a preference for grit, and we have provided and continue to offer a home for many Florida writers. We have been in more or less continuous semi-annual print publication since 1975 and have recently (2017) added a new literary supplement in Aquifer: The Florida Review Online, which will feature new literary works on a weekly basis, as well as author interviews, book reviews, and digital storytelling.