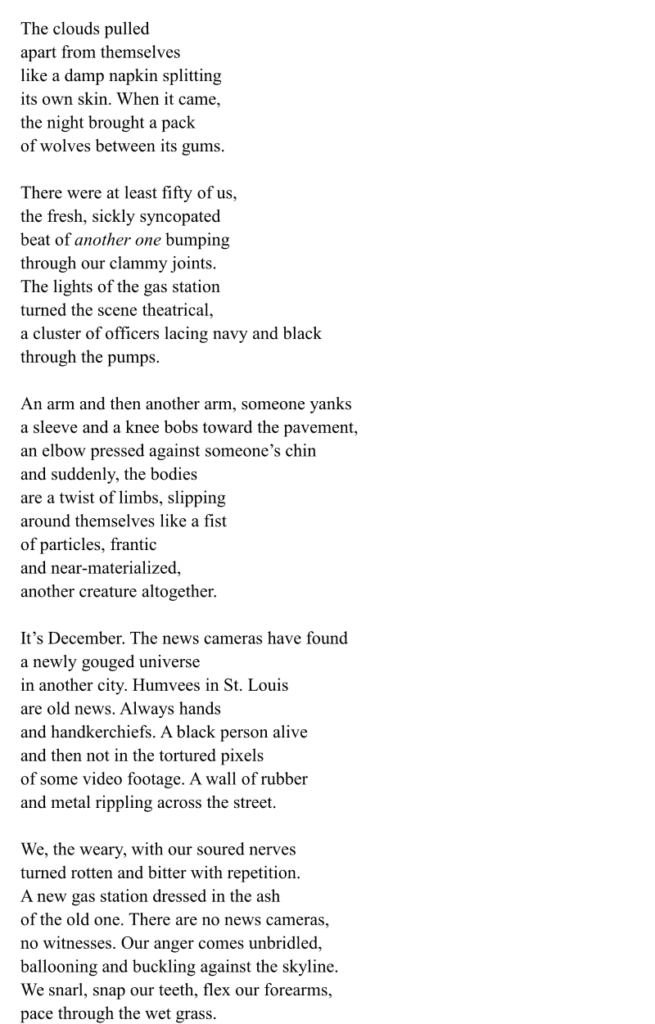 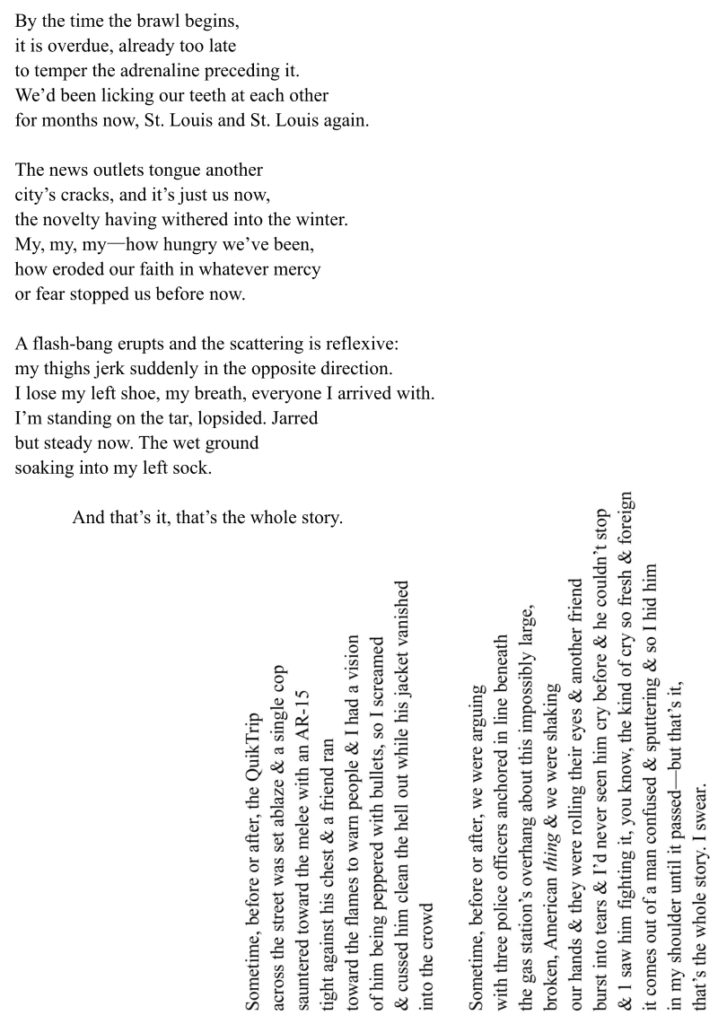 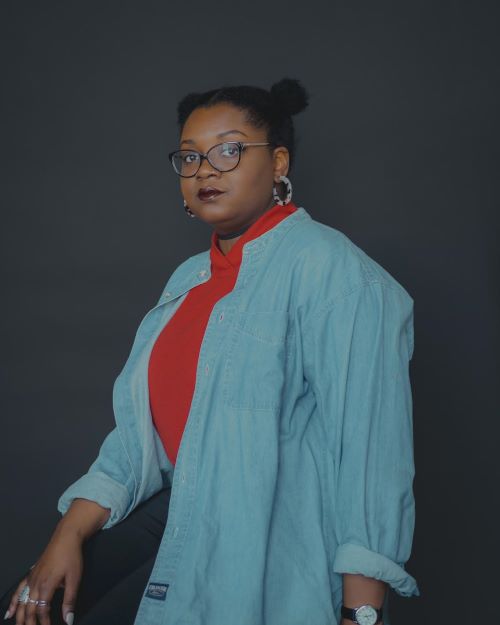 Jacqui Germain is a poet, journalist, and former organizer living in St. Louis, Missouri. Her debut poetry collection, Bittering the Wound (Autumn House Press), was selected by Douglas Kearney for the 2021 Center for African American Poetry and Poetics book prize. Her chapbook, When the Ghosts Come Ashore, was published by Button Poetry in 2016. Germain served as the Economic Security Project’s 2021-2022 journalism fellow with Teen Vogue, and has received poetry fellowships from the St. Louis Regional Arts Commission, Jack Jones Literary Arts, and Callaloo Creative Writing Workshop. 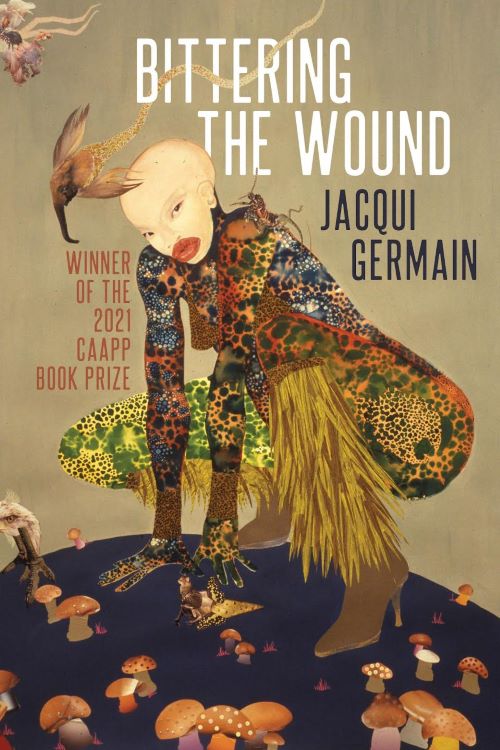 A firsthand account of the 2014 Ferguson uprising that challenges how we document and report on political unrest.

Jacqui Germain’s debut collection, Bittering the Wound, is a first-person retelling of the 2014 Ferguson uprising. Part documentation, part conjuring, this collection works to share the narrative of the event with more complexity, audacity, care, and specificity than public media accounts typically allow. Throughout the book, Germain also grapples with navigating the impacts of sustained protest-related trauma on mental health as it relates to activism and organizing. The book also takes occasional aim at the media that sensationalized these scenes into a spectacle and at the faceless public that witnessed them.

“There were times while reading Bittering the Wound, a stunning work of poetry, when I found myself calling it a kind of war correspondence. . . . Critically, reading Bittering the Wound did not allow me to imagine that I was there on West Florissant—Germain’s specificity refused vicariousness—which made me feel my absence keenly, and offers a vivid sociality with those who were. Germain has neither time, nor, perhaps, the inclination to ask where I was, leaving whatever way that feels for me to deal with. Here’s her life, alongside others’ lives, in a place one might be tempted to call a warzone, but one must certainly call the U.S.. Every poem held me right where I was, a place also called the U.S., but more specifically, in my Black life. And I am grateful to her for that, as grateful as I am for her harrowing actions in that city. Beyond gratitude, however, I feel astonishment for what she demands from her lines, from her sentences, the images she reels, the force of her skepticism, commitment, her love, that she makes it home in a place called the U.S., that she won’t vanish before the headlights in her rearview do. So, I will not call this war correspondence. I call it a singular work of poetry. I call it an unflinching lyric of living under brutal powers that insist 'Black life' is an oxymoron. I call it by its name: Jacqui Germain’s Bittering the Wound, winner of the CAAPP Poetry Prize. I call myself lucky to have read it.”
—Douglas Kearney, author of Sho