I have this notion that if you live long enough,there are three or four great stories that you will have in your life.A story of a journey or a transformation.A story of love, which will likely mean the loss of love, a storyof loss. And a story of spiritual illumination,which, for many, will probably be the moment of death itself,the story untellable, its beginning and middleand end collapsing with its teller into a disappearing conclusion.I have believed long enough in my notionto know that it is a romantic notion, that it erodes each timeI realize that the shard and not the wholecomprises a life, the image and not the narrative. Otherwise,there’s no reason why all I remember of the airplaneI took as a child from one country to anotheris the moist towelette packet we were given with our meal,the wonder and absurdity of it. Or that, in love,high in a tree in the dark, and high, he and I sat in the rain-dampbranches and ate 7-Eleven donuts. Or this, this pieceof a story that isn’t even mine, that isn’t even a storybut a glance of an experience, of the friend who held the straydog after it was struck by a car. Not knowing whether the dogwas dead, my friend called a friendwho worked for a vet. Poke the dog in the eye, this friend said.Because if the animal no longer has a blink reflex,it probably means the animal is dead. Decades aftercollege, when you could do such a thing, I typed his nameinto a search engine to find out what became of the 18-year-oldboy from the tree. Like dozens of old keysin a drawer, so many of the wrong people with the right name.The child dead from leukemia, with a school gymnamed for him. The wrestler who had a perfectly square jaw,like a cartoon police detective in a fedora.When I arrived at a page that was certainlyabout him, I no longer knew the face, but I recognized the lifethat he had had. He had transferred toanother college, gone to film school, and become a producerof TV documentaries. A film about fishermen, the harsh fishingseason in Alaska. A film about Abraham Lincolnand a film about the last days of Adolf Hitler.A film about the Sherpas who go up and down the Himalayas. 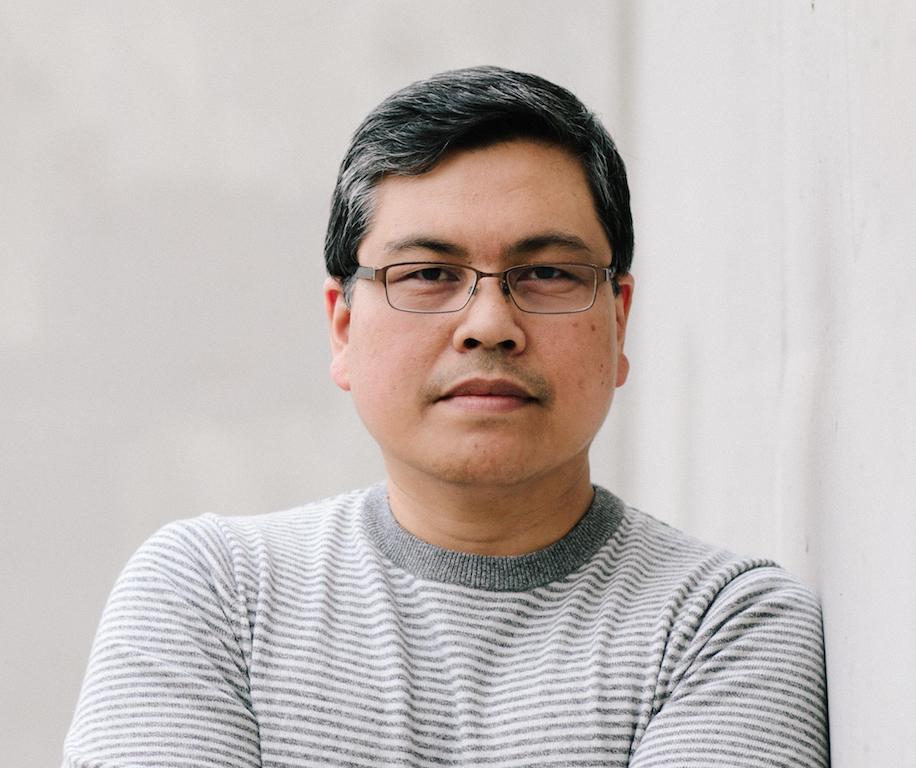 Rick Barot was born in the Philippines and grew up in the San Francisco Bay Area. He has published three previous volumes of poetry: The Darker Fall; Want, which was a finalist for the Lambda Literary Award and won the 2009 GrubStreet Book Prize; and Chord. Chord received the UNT Rilke Prize, the PEN Open Book Award, and the Publishing Triangle’s Thom Gunn Award. It was also a finalist for the Los Angeles Times Book Prize. His work has appeared in numerous publications, including Poetry, the New Republic, Tin House, Kenyon Review, and the New Yorker. He has received fellowships from the National Endowment for the Arts, the Artist Trust of Washington, the John Simon Guggenheim Memorial Foundation, and Stanford University. He is the poetry editor for New England Review. He lives in Tacoma, Washington, and directs the Rainier Writing Workshop, the low-residency MFA program in creative writing at Pacific Lutheran University. 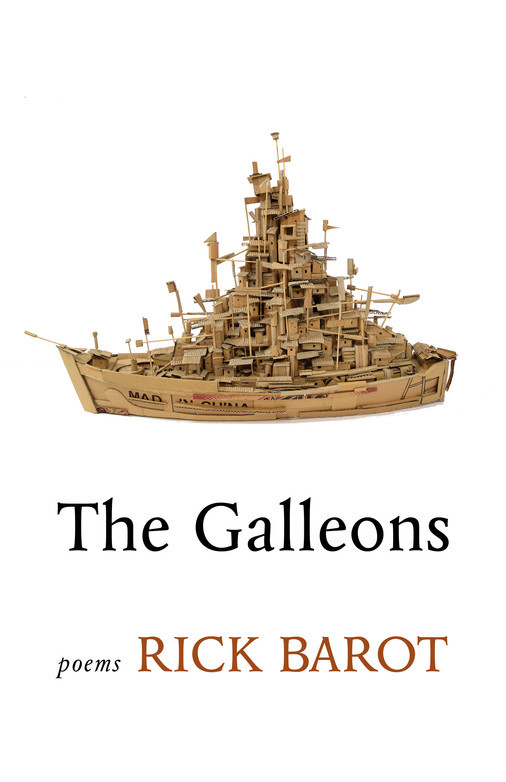 For almost twenty years, Rick Barot has been writing some of the most stunningly crafted lyric poems in America, paying careful, Rilkean attention to the layered world that surrounds us. In The Galleons, he widens his scope, contextualizing the immigrant journey of his Filipino-American family in the larger history and aftermath of colonialism.

"The Galleons reckons with origins and histories, both personal and public, on a global scale . . . [it] sweeps the reader along in an unfolding narrative tide."
—The Rumpus

"The Galleons, rich with somber beauty and insight, concludes that the spinning threads in the vortex of history are after all made by ordinary bodies: they engender complex lineages, loves, wars, sorrows, triumphs, and losses."
—RHINO Poetry

"A very American book, and an important one for our time."
—Cate Marvin