written with his own hand in the Tower before his execution

“Tichborne’s Elegy” from THE HEAVY BEAR WHO GOES WITH ME: 100 CLASSIC POEMS WITH COMMENTARY.
Published by Bloodaxe Books on Apr 17 2022.
Copyright © 2022 by Chidiock Tichborne.
All rights reserved.
Reproduced by Poetry Daily with permission. 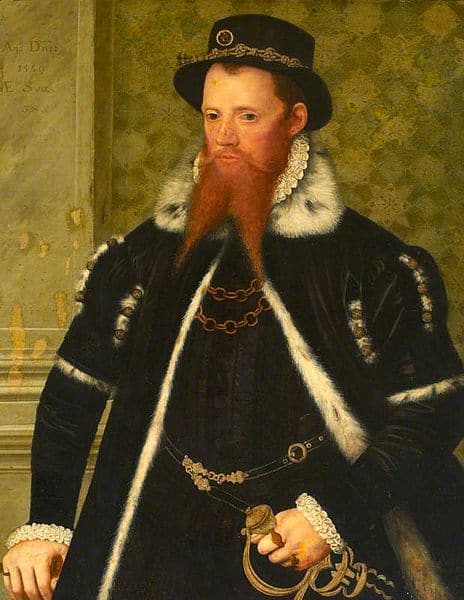 Chidiock Tichborne was born in Southampton, England, to Roman Catholic parents. Though Catholicism was tolerated in England during Tichborne’s early years, when Queen Elizabeth I was excommunicated by the pope in 1570, she reinstated a series of anti-Catholic measures in retaliation. In 1583, Tichborne was interrogated about relics he had gathered while traveling abroad; three years later, he joined the Babington conspirators who were plotting to kill the queen. He was apprehended and held in the Tower of London, where he composed a letter to his wife with the stanzas—known as “Tichborne’s Elegy”—concerning his impending death. Tichborne and a number of his coconspirators were disemboweled before they were hanged, a practice Queen Elizabeth prohibited in future executions when she learned of it. 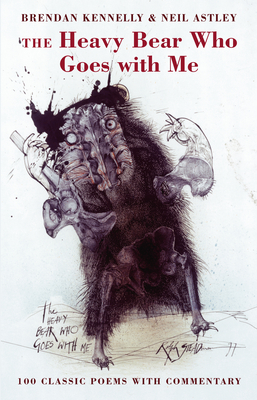 Buy This Book
BOOKSHOP
INDIEBOUND
PUBLISHER
The Heavy Bear Who Goes with Me: 100 Classic Poems with Commentary
Bloodaxe Books

"We have chosen the title of Delmore Schwartz's poem as the anthology’s title, The Heavy Bear Who Goes with Me, for several reasons. Poems are written because of various kinds of 'withness'; the sense of mortality, failure in love, the challenge of history, the nature of consciousness, dreams, loneliness, prejudice, inexplicable hatreds, the urge to make sense of confusion, the seething need to protest against forms of injustice, to talk to somebody about things only partly grasped or understood, or not grasped or understood at all but hurtful and pressing, violating sleep, miscolouring daylight’s encounters and images, the sense of suffering an appetite that can never really be fed… Every poem is an act of faith in that imaginative momentum; every poem longs to connect with that energy whether it be pressingly immediate or blatently ignored. This is the connecting power that enables Schwartz, for example, to bring the heavy bear lumbering into our lives. Our dialogue with the gross, barging presence follows that moment of admission. Our hope, as editors, is that we have provided an anthology of poems marked by dialogue and connection, although these poems may be, usually are, born of the awareness of mortality, failure, inadequacy, loss, absurd or gross caricatures or perversions of what we take to be reality. Why not have it out, once and for all, with the heavy bear who goes with us?"
— Brendan Kennelly

"The title The Heavy Bear Who Goes with Me comes from a Delmore Schwartz poem… The editors use the title as a way for Brendan Kennelly to 'talk about the poems he loves'. In a warm and affectionate preface, Astley writes that he and Kennelly 'wanted this anthology to embody our conviction that poetry is a force for change'… And if, as Kennelly notes in the introduction, poetry is 'a kind of pitiless education', he writes less pitilessly about these chosen poems and more with a mischievous kind of generosity."
— Paul Perry, Sunday Independent

"He [Brendan Kennelly] has been called ‘a ballad maker on an epic scale’ and the selection of poems on the Leaving Cert syllabus certainly captures his epic range and fearless approach to poetry."
— Elaine Dobbyn, Irish Independent (Poets in Focus)