In the dream there is a whale shark. I hold her fin,and we quietly agree where to go. The water is not cold.Then I swim breast stroke in the living room,the couch falling away below. My mother says water dreamsare auspicious. That night she dreamed of slayinga snake, cutting its long body like a carrot. I feel her pridefor me swell, even at this. The lucky animals migratingfrom her dreams to mine. Her relief that I can conjure,even in sleep, what she cannot give me—good rest,good luck, an ocean to dream in. But she is always swelling.She is always in motion, urgent for somethingshe cannot name. Can she call it superstition when it uncoversthe truth of her marriage. When she dreams of a bodytucked into a closet the night of her second miscarriage.For her, there is no difference between what you controland sleep. There is no split, a real self and a dream selfto divide neatly. There are just dreams.

“Water Dreams” from SHE HAS DREAMT AGAIN OF WATER by Stephanie Niu.
Published by Diode Editions on March 23, 2022.
Copyright © 2022 by Stephanie Niu.
All rights reserved.
Reproduced by Poetry Daily with permission. 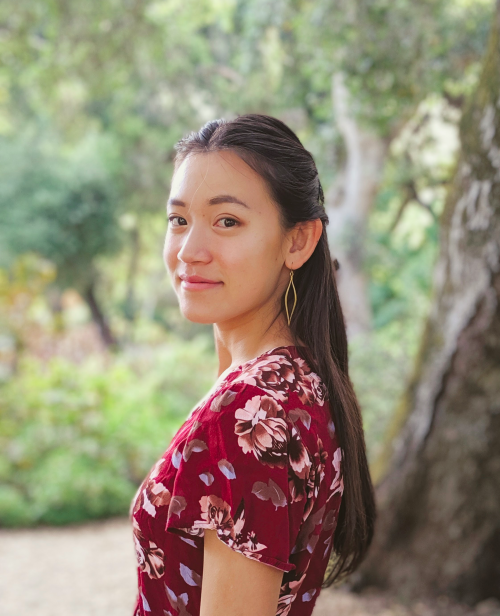 Stephanie Niu is a poet from Marietta, Georgia and the author of She Has Dreamt Again of Water (Diode Editions, 2022). Her poems have appeared or are forthcoming in Copper Nickel, The Georgia Review, and Southeast Review, as well as scientific collaborations including the 11th Annual St.Louis River Summit. She lives in New York City. 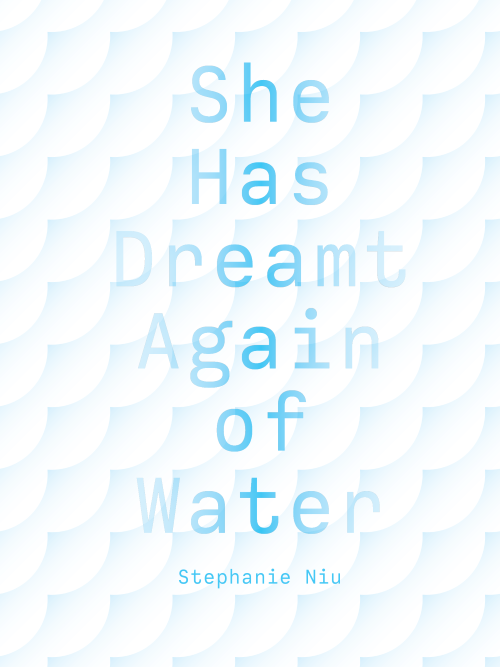 "In She Has Dreamt Again of Water, Stephanie Niu’s brisk, imaginative poems name the fraught distances between daughter and family, self and memory, place and displacement. These are poems of inheritance and love written in a deft care, by a crystalline eye. What a striking debut to behold, one launching a life of poetry to follow."
— Solmaz Sharif, author of Look and Customs

"Like a blast of seawater, Niu’s poems cleanse, refresh, and brace the reader. On dreams, Niu writes, 'There is no split, a real self and a dream self / to divide neatly.' On scuba diving, 'Everything is worthy / of devotion.' And though the sea binds this collection, it is the steadfastly real mother, and not the myth of the mother, who inhabits these poems. 'Look what I do for you,' she says. 'Even [a] skeleton becomes home,' murmurs Niu in response. Such exquisite, clear-eyed poems, they are an exultation of the natural world we will likely lose, and the intimacy that we may yet preserve."
— Esther Lin, author of The Ghost Wife

"In her dazzling debut chapbook, She Has Dreamt Again of Water, Stephanie Niu dives into the depths of myth, family origin, and migration with tender, lyrical poems of remarkable craft, taking us on an expansive search for home. Bodies of water ebb and flow throughout, carrying the reader from Georgia to Michigan, from China to Christmas Island, as the speaker works to reclaim a primary world where 'everything is worthy / of devotion.' Niu is a revelation, and her clear-eyed poems hum with elemental power."
— Kai Carlson-Wee, author of Rail