Long before I started translating, those years of trying to learn Ancient Greek, certain words held for me the whole promise of the whole endeavor. I could feel, strange as it might be to say, that certain words held paths within them, and all I really wanted to do was to learn how to walk down those paths. One of those words was the word for poet, ποιητής. It means, simply enough, “maker.” Derived from the noun, the verb form ποιέω translates as you’d expect: “I make.” But verbs in Greek can occur in a voice English doesn’t have, the middle voice. I describe it to myself as Keats describes a laziness so profound the goddesses of Indolent Grace visit him, a state in which body and mind are indistinguishable, that he calls “diligent indolence.” Here it is the verb performs its action against or within itself, and the same word in the middle voice, ποιέεσθαί, would be translated “I consider.” I learned something maybe I always knew, but didn’t know I knew; maybe I learned again, or returned to a kind of knowing, a way of knowing, what a poem had always been for me: the thing that must be built before it can be considered. The poem is the hut thinking lives in; and that thought the poem thinks can live nowhere else but in the poem.

Another word that struck me was λαμβάνω. It is one of the many words in Greek for thinking, but here, in its myriad nuances, something I need to grasp, or be grasped by, fully: “I take,” “I take hold of,” “I grasp,” “I find,” “I apprehend (by the senses),” “I apprehend (with the mind), and “I receive.” The passive complicates beautifully: “I am given; I am understood; I’m taken hold of.” Keats is here for me, too, writing in 1818 his prayer for a “life of sensation rather than thoughts;” he’s here for me, writing a year later:

Studying my declensions, conjugating those verbs, the endless rote memorization of vocabulary, all felt meaningful in relation to this wild, instinctive possibility—that thinking was the body’s work, that apprehension in all its senses (grasping, fearing, knowing) was the thinking poetry could offer, a thought that is a sensation, as natural and instinctive as the hawk’s dive is to hawk or the mouse’s hiding is to the mouse, all eyes bright with purpose. I felt that is how it should feel, as natural as putting hand to forehead to shadow the eye at noon, to translate a poem. The language should feel the inherent grasping of the poem’s dearest thinking, a gesture of a kind, the hand opening to receive, closing around what it has grasped.

The first time I felt close, years after these early glimmers, was in working on the 89th fragment/poem from Alcman. This poet, born into servitude, claims to have learned his songs from the birds, and singing like the birds, was freed from his bonds; he travelled to Sparta where he led the choirs of virgin boys and girls; and on his death, made citizen of that land. Gentle as a lullaby, that poem puts the world to sleep: mountains, gullies, and trees; beasts of prey and honey bees; the monsters in the deep; and the birds, too. Those birds he calls the “omen-giving long-winged” flock. Yes, “they are sleeping, too.” That last line made me feel it—the thinking in the made-thing, the mind closing around what it has been given as gently as does a hand into which another hand has drifted… The sleep of an endless hour in which the world ceases all pursuit, bees rest from toil, and even Fate takes a nap. The poem has put in pause all the moves, all that must be done; and something else arises, something outside of time—that path that approaches earthly happiness.

Let’s begin with Emerson’s assertions: “Genius is the repair of the decay of things.” It strikes me that ancient poetry offers us a curious way to enact that lovely supposition. The prompt is simple, maybe predictable, but I think could turn toward unexpectedly happy results. Find an ancient poem that time has fragmented—Sappho, Anacreon, Archilochus, Alcman all come immediately to mind. You’ll need to find an edition that preserves the gaps of the original texts; sometimes this is easy to find, sometimes not. The Loeb library will be an immediate resource, which will have the Greek in the pattern in which it has survived the ages, and a quick working back and forth from the English to the translation will allow you to put the words down in approximately the proper place. The challenge then is to fill in the poem, write back into the tatters as a form of repair at the level of genius. Then, lastly, erase the original words, and read what now remains—a reverse of the original damage. 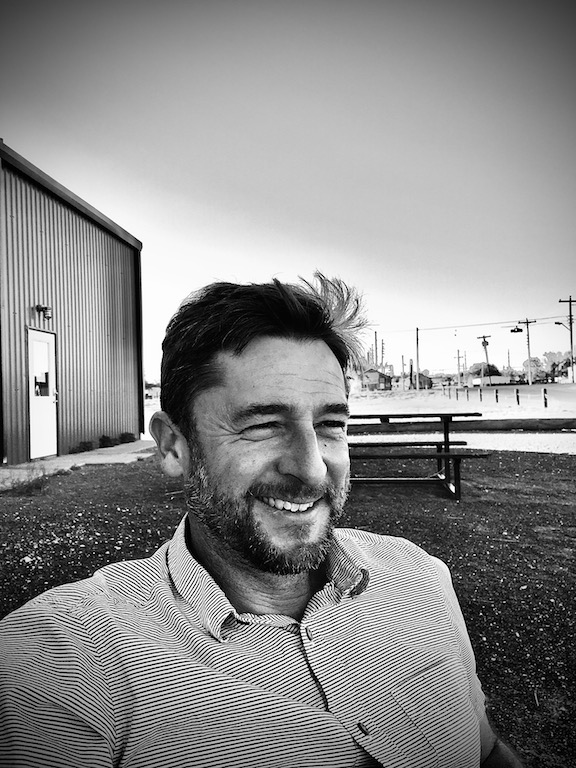 Dan Beachy-Quick is a poet, essayist, and translator. His most recent books include Arrows (Tupelo Press) and Stone-Garland (Milkweed Editions), a collection of translations from the ancient Greek. Recently long-listed for the National Book Award in Poetry, his work has been supported by the Monfort, Lannan, and Guggenheim Foundations. He teaches at Colorado State University, where he is a University Distinguished Teaching Scholar.