If Emily Kendal Frey’s Lovability has an ars poetica moment, a passage of poetry that says, Here is what I mean, one candidate might be the end of the poem “Death:”

As a way to stay alive

And still the moon cuts open your dreams

With her delicate knife

Reading these lines, I think: how self-annihilating trying to stay alive is. And then: doesn’t that describe a zero-sum game, one where you’re born, only to have to keep finding ways to stay that way, until mortality meats you, as it always does, in the end—

*Meets you. Meats you. Yes.

And when the moon comes to cut open your dreams, is love one of those dreams, one of those doomed methods we have of making being alive endurable, preferable, craved?

And is it only mortality that dooms our impulse to love? Doesn’t the beloved too, and the idea of love, and the illusions of romance, both sustain and betray us, because inconstant and imperfect: the romantic moon with her delicate knife; the actual rock hard cold ungendered moon, half of it hidden in perpetual night—the tension between them making it difficult to love, to stay alive when the methods of love fail—

In Lovability, poem after poem seeks discernment against this agony, to untangle the sticky web of the imagined, the hoped for, the dreaded, the real, and encounter each unbraced. Perhaps this is the only project that matters. Perhaps it’s one of the most difficult things a person undergoes: the dismantling of dream, assumption, expectation, prejudice, in order to see clearly and honestly. As Frey, a psychotherapist as well as poet, attests in the great “I Became Less Acceptable to Those in Power:”

Which is to say

I allowed for the possibility of your liberation

The poems in Lovability, as in all of Frey’s work, move via assertion and accretion. The tone is flat; the syntax regimental: they serve as dispassionate vehicles for startling, vivid uses of noun and verb, as in the opening of “The Trees”:

Frey’s eschewing of tonal and syntactical drama, while allowing her dictional eccentricities full rein, offer us in “The Trees” a striking evocation of the poisoned ecosystem that family dysfunction can be. Even after eleven years of my own therapy and thirty years of writing seriously about my own screwed up family, I found myself thinking “Yes! Exactly!” all through reading this poem, startled by its dictional moves: “Moms brandishing sore heart swords // daughters wearing chains of mom hate // …Stepdad in a pancake mask…” Frey can be very funny in these poems, but the deadpan delivery also lets us know that humor is serious business when you’re in the business of liberation.

Most of the poems in Lovability accrue in unpunctuated fragments, which allows for shifts in meaning from line to line. This shape-shifting method is the primary vehicle for expressing psychological dis/integration. Consider this passage from “I Became Less Acceptable to Those in Power:”

Named love “the only immutable abundance”

My own lived mythology

Didn’t laugh when you were violent and called it humor

Isolate lines 2-5 in this passage and questions of meaning and authorial intent start to accrue: is this passage about mind versus faith? Is it about having an abortion? If so, is the abortion actual or symbolic? You can read “Had an abortion” as the beginning of whole new line of narrative or as the figurative cap to questioning “mind-based knowledge.”

Lingering over the shapeshifting passages in Lovability is one of the supreme pleasures of reading this book, and a primary way that Frey encourages us to question what we think we already know. The human tendency is to linger over such passages with an “either/or” mentality: does it mean this or does it mean this? I think Frey might simply answer “yes.” Lovability practices radical acceptance: of paradox, of contradiction, of multivalence, of the fractured, deluded, needy, unloved, unloving, seeking self in all of us. 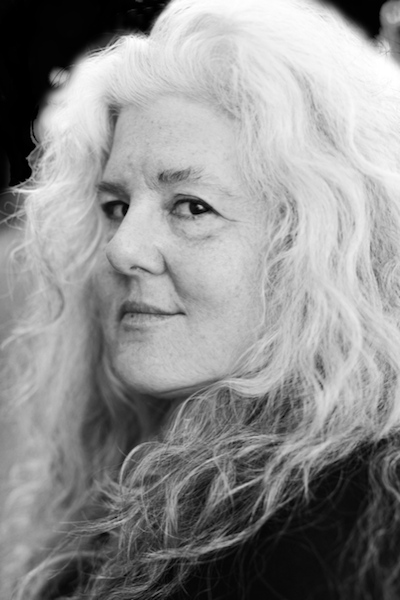 Dana Levin is the author of five books of poetry, most recently Banana Palace (Copper Canyon Press, 2016) and Sky Burial (Copper Canyon Press, 2011), which The New Yorker called “utterly her own and utterly riveting.” Her poems and essays have appeared in Best American Poetry, The New York Times, The American Poetry Review, The Nation, Poetry, and Guesthouse, among other publications. Levin is a grateful recipient of many fellowships and awards, including those from the National Endowment for the Arts, PEN, the Witter Bynner Foundation and the Library of Congress, as well as from the Lannan, Rona Jaffe, Whiting and Guggenheim Foundations. Levin currently serves as Distinguished Writer in Residence at Maryville University in St. Louis, where she lives. Copper Canyon Press will publish her fifth book of poems, Now Do You Know Where You Are, in Spring 2022.