Jeffrey Angles on “The Maltreatment of Meaning”

There are moments when a young poet encounters a text so unexpected, so far outside of everything they have known until that point, that they feel as if the conventions of writing and perhaps even of language itself have shifted seismically beneath their feet. Suddenly, the process of meaning-making is no longer familiar. More than twenty years ago, my encounter with the feminist writer Hiromi Itō provided me that sort of defamiliarizing shock, and even now, her writing still continues to shape the ways I read and write poetry.

Itō began to attract attention in the 1970s and 1980s with her unabashed, no-holds-barred explorations of women’s experience, especially pregnancy, childbirth, motherhood, and female sexual desire—subjects which the Japanese contemporary poetry establishment, which at the time was still mostly made up of men, had largely ignored. It wasn’t just her subject matter that was so fresh; she also defied the unwritten values that governed their poetic style.

She rebelled against the common assumption that poets should employ elevated, concise language over common, messy, or even vulgar forms of language, and through her experiments, she showed that poems which establish a singular, neatly organized poetic voice were not necessarily superior to poems deploying more open, polyvocal, amorphous modes of expression. It is no exaggeration to say that her experiments revolutionized contemporary Japanese poetry, opening up vast new territories for her and the many poets who followed in her wake.

Her subversive intent is clearly visible in the poem “The Maltreatment of Meaning,” where she interrupts the ordinary process of signification by “abusing” language in increasingly unpredictable ways. At the time she wrote it, she was in Poland with Nishi Masahiko, her husband at the time, a renowned scholar of postcolonial literature who been invited there for a period of extended research. Not speaking more than a few words of Polish, she found herself forced to use what little broken English she remembered from high school to get by day to day. However, this often left her feeling frustrated and angry, aware that her subjectivity could not be captured in simple words that didn’t fully reflect the complexity of her thought.

While in Europe, she visited the Centre Pompidou in Paris where she encountered a piece of video art entitled Good Boy, Bad Boy by the American Bruce Nauman. In this striking installation, two side-by-wide monitors display video loops with actors reciting alternating, overlapping phrases which change in small, incremental variations.

Over the course of the video, however, the speakers’ passions and emotions grow until the tone overpowers the content of the words themselves, showing viewers that meaning doesn’t reside only in grammatical patterns but also in the act of delivery. The fact that the two speakers are of differing genders and races only complicates matters, compelling viewers to think about the situatedness of language—how even similar phrases take on different implications depending on who says them and how.

Itō’s took direct inspiration from Nauman and published the poem “The Maltreatment of Meaning” in 1991. The Japanese title Imi no gyakutai (意味の虐待) is tantalizing vague; it consists only of the two words meaning “meaning” (imi 意味) and “abuse” (gyakutai 虐待) bound together with the noun-connector no (の). The title could mean two things: (1) “abuse by meaning,” or to put it another way, the abuse that meaning inflicts upon a language-user, or conversely (2) “meaning-abuse,” the abuse that a language-user can inflict upon the process of making meaning. (In translating this poem, I’ve opted for the alliterative title “The Maltreatment of Meaning,” which I hope will not preclude either of those two possibilities. Perhaps, however, I am fooling myself. As a translator, am I also abusing meaning by settling on a single, set phrase to interpret such an amorphous title?)

At the beginning, the poem contains neatly structured patterns that sound like the grammatical drills language-learners use to expand their abilities to express themselves. Soon, however, the speaker grows impatient, as if she is unable to find a place for herself in the small manipulations of words and letters, and her frustration swells into a desire to “rip off meaning” and demonstrate that words are “nothing more than raw material.” The narrator begins to manipulate language in strange ways, making sentences that are increasingly ambiguous, ungrammatical, and even illogical.

She doesn’t worry about sounding natural at all. In fact, she notes that even when “replacing words mechanically and making sentences impossible in real life,” readers have a natural inclination to try to understand, much like “the primitive reflex of a newborn sucking a finger that sticks out.” By the end of the poem, however, the narrator has almost completely rejected the ordinary ways that words fit together. She has taken her revenge on meaning, and in the last few lines, we see her rejoicing, happily dancing like Kali, the goddess of destruction, on the bloody corpse of language beneath her feet.

Real poetry, Itō reminds us, doesn’t only come from a poet simply saying something—it also comes from the ways that the poet resists the ordinary processes of saying. The writer unlocks new potential by subverting, manipulating, and defamiliarizing the patterns that structure our logic and expression. Poems need to be more than a series of simple, ordinary statements strung together. By resisting the simple, smooth patterns of fluency, a poet opens up new spaces between words and lines, inviting readers to step in and participate in the process of making meaning. It is there, in the mysterious messiness of unfamiliar, unpredictable language, that readers are most likely to experience their own thrill of discovery.

Take an ordinary phrase, perhaps a short sentence, perhaps a longer one, from an relatively ordinary context, and begin manipulating it in a series of variations. Feel free to use word substitution and modify word order, and when the possibilities begin to peter out, shift direction by introducing other new, unrelated phrases. When you find yourself pressing up against the boundaries of “acceptable” language, don’t stop. What new forms or ideas can you unlock this way? 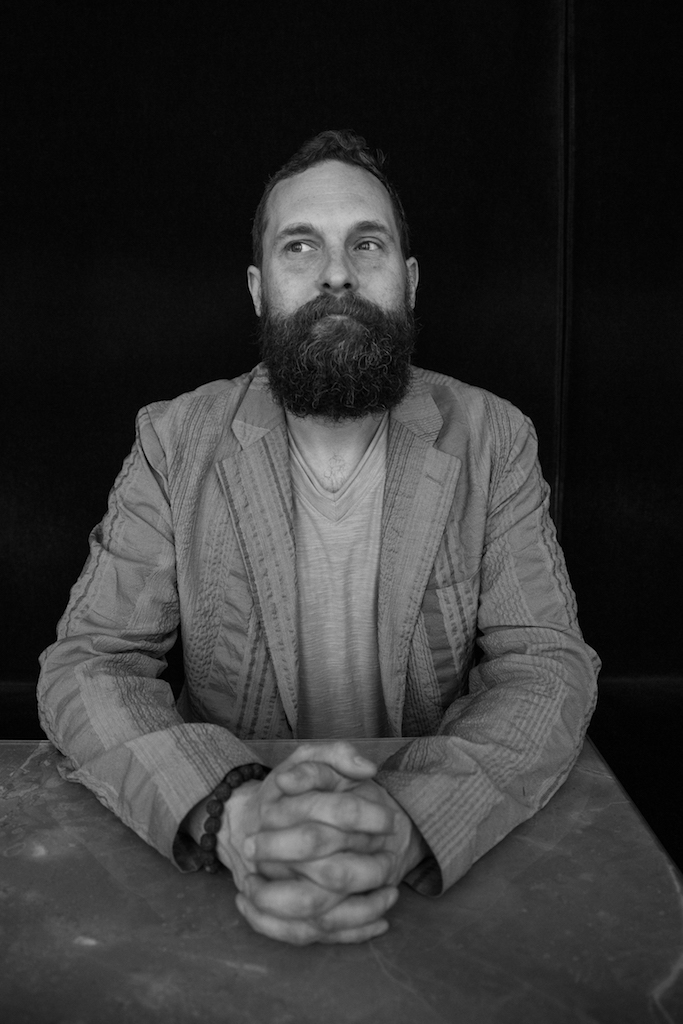 Jeffrey Angles lives in Kalamazoo, where he is an associate professor of Japanese and translation at Western Michigan University. He is the author of Writing the Love of Boys (University of Minnesota Press, 2010) and the award-winning translator of dozens of Japan’s most important modern Japanese authors and poets.