Maricela Guerrero on a Common Heartbeat

This essay was translated into English by Robin Myers and Sally Keith. Read the original Spanish here.

TO THE SOUND OF A COMMON HEARTBEAT

An Orchestra of Trees

It was neither the center nor the outskirts of 1980s Mexico City, a city already afflicted by traffic and pollution, a city also said to be the most populous in the world; it was still called Distrito Federal, and like the rest of the country, it faced a great economic and political crisis closely tied to the oil industry. Here, surrounded by mountains, from the rooftop of her house, a child of seven or eight years old could see trees, many, many trees; large; extraordinary: great big fluffy trees: pepper trees, rubber trees, jacarandas, japonicas, ash trees, even a sequoia: all ready and waiting for the strong gusts of the beginning of the year—febero loco y marzo otro poco, as the saying goes—and for the child pretending to conduct an orchestra of attentive trees with whom she felt she could communicate; a pleasing sound of communion, reciprocity and correspondence: the dancing branches of those trees, moving to the beat of the wind and the most treasured sense of belonging, root systems, love in an inhabited environment, as a person learns to inhabit a language, to build a shelter, a house in the mountains of thought and dreams.

The Language I Inhabit

Inhabiting the beat of a heart common to plants, animals, and minerals with whom you share air, water, temperature, gravity, celestial cycles, and the entire galaxy, searching for this powerful sense of connection to everything around me, as I felt in my childhood, has mattered immensely to me as someone who writes poetry. Initially it was an intuition, vague and unexpressed, but as I’ve been rethinking and working more with my own language and form of expression in my poems, acknowledging other voices, it has gradually grown in density, fragrance, corporeality, flavor, and resonance.

Maybe that’s why theories of ecopoetry feel a bit remote, even artificial: when I say the word “environment,” I feel suspicious. I believe some of these concepts have been forged in the heart of an imperial language that keeps striving to label and homogenize, for and from the center of this language: to conquer, to create resources for sale.

I believe that the poetic relationship with a more fiercely inhabited language is highly contentious, in flux, ironic, paradoxical, amorous, fickle, and ebullient; as elusive and unfathomable as the universe expanding and contracting, as time, as our thoughts, as life itself; and so you always write from where you breathe and with all your connections to other beings with whom you share air and water. In this sense, I choose to think that everything you say in a poem more or less clearly reveals its nadir, zenith, and geographic coordinates, so that we can acknowledge the other beings we’re breathing with: the other heartbeats echoed in our own.

As for what the media and businessmen called environment, we called it forest, earth, nature, home, song, daydream, the place where I live, love, and create, and it has many different names depending on the culture that nurtured it, from an enriching perspective never predicated on relations of inequality, without ever seeking to subjugate the natural world for the accumulation of capital.

From within this complexity, the language I inhabit is enriched by my own contentious position in the world. Inside the great house we share, a historical force rules our relationships, determining that everything has an economic and monetary value. I find this both frightening and paradoxical.

Writing poems and talking about poems, for me, is a form of prosperity that surpasses the material world: just like glimpsing a red sunset, or being present for a purple dawn, or trying new and exciting flavors, or dancing, sprawling out on the ground, laughing, watching a cat staking the birds that flit close to the window; accompanying loved ones in difficult conversations in which disagreement forces us to find common ground is, it seems to me, another way to harvest luminous, vivid experiences that involve and expand me.

The terrifying thing in this world is the need for everything to undergo an economic transaction. Paradoxically, I can’t abstain from participating in a world economy and needing to cover certain aspects of material life through labor and money. The hopeful thing, though, is that poems continue to exist—and, what’s more, poems I like to inhabit that can challenge these financial dynamics through different strategies of reflection, irony, and playfulness, especially new and compassionate forms that lead us through vegetal, mineral, animal, and wild life in the guise of prayers, supplications, praise, songs, or jokes.

The terrifying and paradoxical thing is that I can sense how the choices made on behalf of humanity, by certain groups or people or states with more power than others, may lead us to a point where what we call natural and environmental resources have been depleted, destroyed, or exploited beyond repair. And this is precisely where poetry and poetic communion shelter me with hope without optimism; where, in the different languages inhabited by beings with whom I share the air and water of this planet, we come together in longing for and choosing another way of interweaving, of searching inside ourselves for new ways to reverse this disaster. Like when I was a little girl on the rooftop and daydreamed I conducted an orchestra of trees dancing far away from economic and political crises caused by oil and the air incessantly tousled our hair to the beat of common heart.

This Connection of Everyone with Lungs. Juliana Spahr. Oakland: University of California Press, 2005.

Think back to your childhood. Visualize the view from the roof of a home you were raised in. When you survey the “inhabited environment” surrounding the home, what do you see? What trees? What plants? What industry? 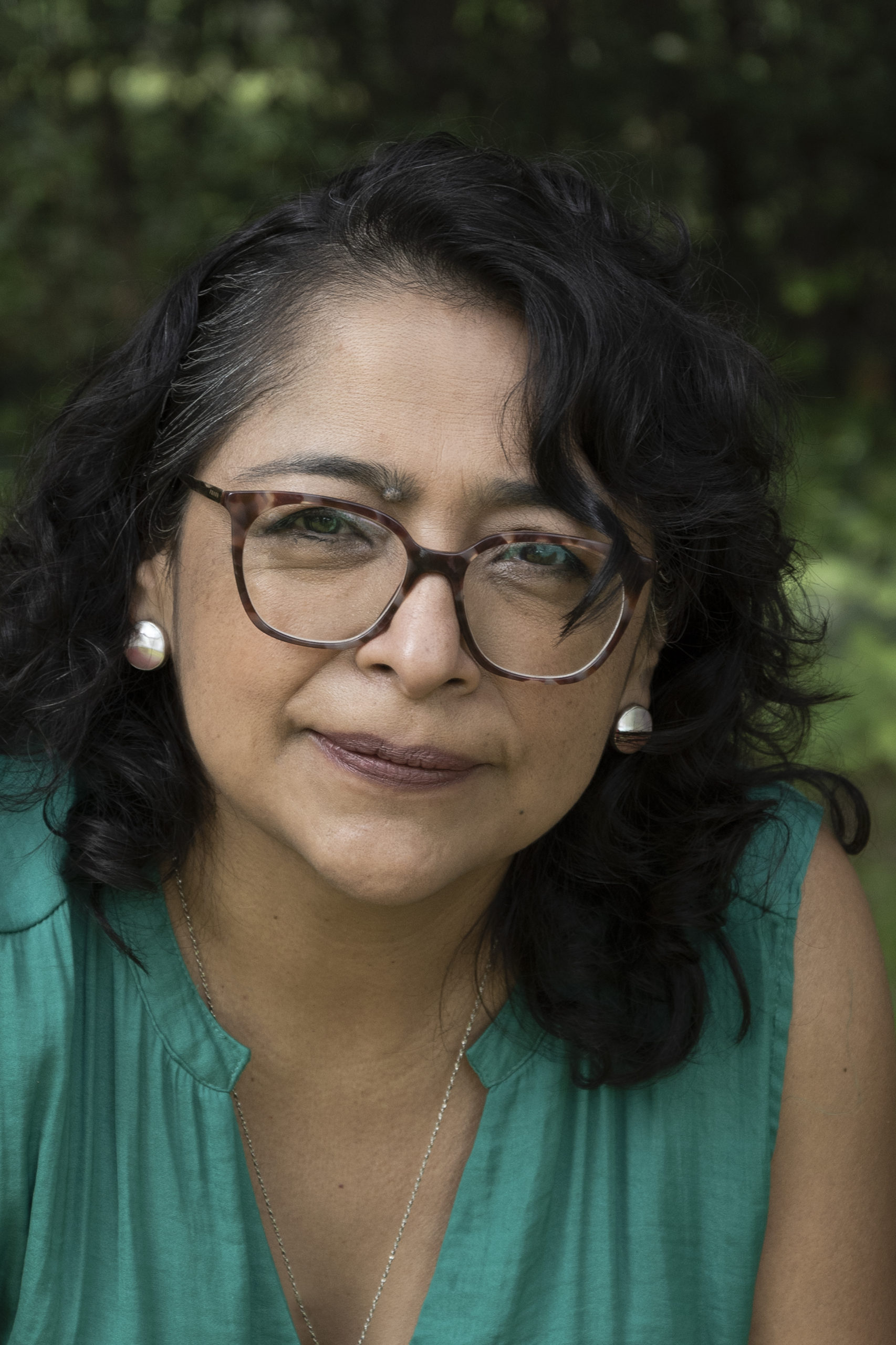 Maricela Guerrero is the author of nine poetry collections. El sueño de toda célula won Mexico’s Clemencia Isaura Prize in 2018 and was just published by Cardboard House Press as The Dream of Every Cell in Robin Myers’ English translation. Cardboard House Press also published her book Kilimanjaro, translated by Stalina Villareal, in 2018. Guerrero has been a member of Mexico’s prestigious National System of Artists. Her work has also been translated into German, Swedish, and French.