This past summer, I had the honor of translating a volume of selected later poems by Franco Buffoni, one of the most revered among Italy’s great living poets. Professor emeritus, gay activist, translator, editor (founding editor, in fact, of Testo a fronte, one of Italy’s most important translation journals), Franco is a force of nature as well as of contemporary culture.

Like most Italian poets these days, Franco does not write in received forms; rather, he follows in the lineage of Leopardi’s idea of canzone libera. Thus, the challenges of translating his work do not so much hinge upon what to do with that kind of structure. Sometimes his syntax is a bit cranky, and here I’m using that adjective as a compliment; this forces the reader to pay attention to the language through a different, perhaps more acute, lens. Though it was difficult to choose which poem to discuss in this little essay, I’ve decided to talk about “The Acne Eruptions of Eleanor of Aquitaine” (“Le eruzioni d’acne di Eleonora d’Aquitania”), from Franco’s recent volume, Betelgeuse e altre poesie scientifiche.

One of the reasons for the choice was timing: this summer marked the centenary of the birth of Philip Larkin. A question in Larkin’s “Church Going” transmutes into the starting point of Franco’s poem: “Who was the last to leaf through them / for what they were?” Not houses of prayer: rather, here, Franco is talking about books of prayer, medieval illuminated manuscripts that have become artifacts, no longer tools to be used in worship; now, the end rather than the means to an end. Das Ding an sich. But like Larkin’s country churches, these breviaries do house many things, including “viruses, pestilences, tragedies and famines”—in a most literal way.

This poem also houses various dichotomies near and dear to my heart. Serious intellect cut with a sense of playfulness. Meditative diction cut with scientific lingo. The juxtaposition of high and low. So high as to be exalted: Abelard, scholar, theologian (let’s hold that famous love affair to the side for now); and royalty, Eleanor of Aquitaine, Queen of France, then Queen of England. And of course, not least in 11th/12th century Europe, these two luminaries would have been subjected to a very close juxtaposition with beings of a much lower level: acnegenic bacteria, “nasal staphylococci aurei” and “propionibacteria.”

So I must confess that I love this poem also because it disturbs me delightfully on a very visceral level. I have friends in high places (which is to say, librarians and archivists) who have allowed me, in my 20th/21st Century lifetime, (a little illicitly, yes, but always very carefully) to touch genuine, old-school vellum, made of actual calfskin. Real vellum does not feel at all like the paper-stuff that we now call vellum. Real vellum is gorgeous, voluptuous, a reminder of the touch-y roots of the words tactile and tangible. Real vellum can also be a little disturbing, if you’ve ever been (or thought of becoming) a vegan.

This tactility relates to yet another thing I love about this poem: the tangibility, the extremely object-based nature of its objective correlative. Touching real vellum makes you think: what else might lurk here? Prayer book not only as transmitter of the holy word, the rites and rituals we use in hopes of getting closer to God, but also as a transmitter of, well, fingerprints. Germs. The actual physical residue of the lives of our predecessors, of those who have “handled, embraced, kissed” these artifacts before we came along.

Handling, embracing, kissing (well, maybe not kissing)—aren’t these the ways that we interact with the poems that we love? Handling, embracing, paying extremely close attention: these are, I think, ways to describe the kind of close reading that is necessary to translation. To me, translation is an act of affectionate close reading in the original language, and then, “close writing,” to the best of my ability, in the target language. As translators, we know that reproducing a poem in another language is a sheer impossibility. I like to think of our job as “carrying over” the effect of that poem in the original language into the effect it will have on the reader/listener in the target language.

It’s not a coincidence that the word translation comes to us via Middle English, from the Latin translat– ‘carried across,’ the past participle of transferre. My handy little computer dictionary goes on to suggest: “(see transfer).” I will. But before I do, I also want to think of the metaphor of what it is we do as translators. Again, thank you little computer dictionary: “metaphor: late 15th century: from French métaphore, via Latin from Greek metaphora, from metapherein ‘to transfer’.”

I’ve always loved this tiny slice of etymological legerdemain, so beautifully embodied in Franco’s poem: translate = metaphor = transfer = carry across. The things we receive and transmit in our lives. Meaning. Bacteria. Poetry. Prayer.

The poem, “The Acne Eruptions of Eleanor of Aquitaine”, is forthcoming in 2022 in David’s Jugular: Selected Recent Poems by Franco Buffoni, translated by Moira Egan (Legas Publishing).

Go to a library or museum to get a tactile experience in which you run your fingers or eyes over a book or other item that holds history. Write a poem transferring either the physical residue or the mental journey into metaphors.
— Poetry Daily 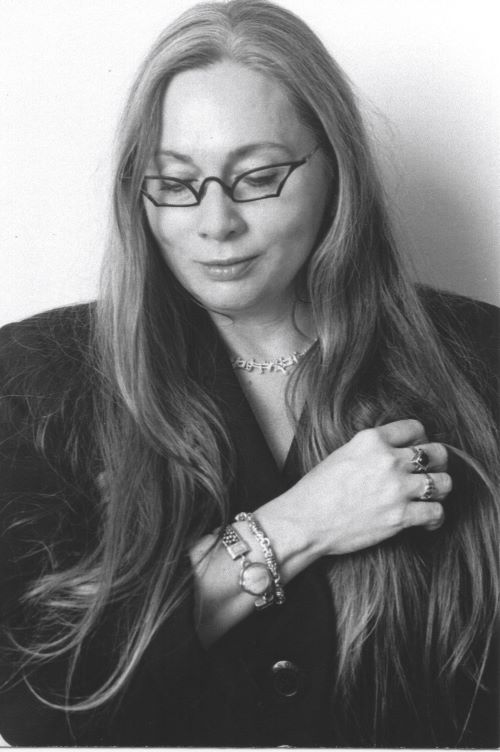 Moira Egan has published nine books of poetry (5 in the U.S., 4 in Italy). Her most recent volume is Amore e Morte (Love and Death), a bilingual New & Selected (Edizioni Tlon, Rome, 2022). Her work has been published in journals and anthologies on four continents. With her husband, Damiano Abeni, she has published volumes in translation in Italy by John Ashbery, John Barth, Aimee Bender, Frank Bidart, Lawrence Ferlinghetti, Anthony Hecht, Sheila Heti, Ben Lerner, Charles Simic, Mark Strand, Josephine Tey, Charles Wright, and others. Moira has been a Mid Atlantic Arts Foundation Fellow at the Virginia Center for the Creative Arts and has held writing fellowships at the St. James Cavalier Centre for Creativity, Malta; the Civitella Ranieri Center; the Rockefeller Foundation Bellagio Center; and the James Merrill House. She lives, teaches, and sometimes even writes in Rome.