Taije Silverman on “The Meteor”

When I first decided to translate Giovanni Pascoli, a friend brought me to the farm in Northern Italy where he was born, and where almost everyone in Pascoli’s family died one after the other in an absurdity of misfortune. Before the poet turned twelve, his father was shot by bandits while riding home; a loyal mare dragged the body (still clutching two dolls for his daughters) to the widow’s doorstep. The next year, Pascoli’s oldest sister died of typhus, and days later his mother died of a broken heart. Two older brothers were dead soon after. By the end of his adolescence, Pascoli’s childhood landscape had been transformed into a fantasy of everlasting grief—inspiring work that would lead twentieth-century poets to hail him as the founder of modern Italian verse.

The cornfields surrounding the farm are now interspersed with high-end shoe factories, but the farm itself was padlocked when we arrived, and overgrown with dandelions. Past shabby fields the Rio Salto, a lively little river to whom Pascoli begins “The Meteor,” had become a ditch. “No one was there, no one near,” he tells the river at the poem’s opening: “except you, / faraway Rio Salto.”

Near, or faraway? Pascoli’s central ambivalence. The Italian syntax posits the contradiction more explicitly. A literal rendition might go: “beside me you were not there / in distance, unless it was you.” Or less literally: “With me in this distance there was no one, unless my memory of a childhood river counts as someone. And you do, river.”

Pascoli’s use of direct address can be shockingly modern. From rivers to strangers, his singular listener keeps changing shape. Halfway through “The Meteor,” the narrator turns from the Rio Salto to address a mysterious ghost, “there—where you smile unending / above your sloped pallet now padded / with mosses and grass / like a nest.” Who is this new “you?” There’s no effort at explanation.

And right around here, verb tenses go haywire, from past to present to conditional to future, as the narrator’s dead family joins the ghost to “gather me up from the path / … and carry me off / to their land,” or “contrada.” “Contrada” is an old-timey word, associated more with the Palio of Siena than with the supernatural, but in this case intending a particularly Pascolian afterlife of hedges and fields, paradise not unlike the poet’s childhood in rural Romagna, pushed into the future tense.

“The Meteor” starts in the far past, with a blackout: “tutto annerò.” Annerò—that’s the past remote, a tense that doesn’t exist in English. It indicates a past so far past that the present can’t touch it. But Pascoli means to infiltrate, undermine it—which is part of what compels me about the poem. It’s what compels me about translation, too: this vibrant failure of equivalence that brings the past into the present and present into the past. What comes before? The ghosts who gather around the narrator, or the narrator who conjures them?

One last thought—about a word in the poem’s final stanza. A Saturday morning in Bologna, where on a Fulbright I spent a semester teaching in the same long-benched lecture room where Pascoli had taught a century before. Each weekend, a cheerful jazz band played in the town’s central piazza, and I’d meet my friend Sarah for cappuccinos. Linden trees were blooming. Families called greetings between tables of the outdoor café, and a vaguely threatening mime was, for no reason we could guess, walking laps around the piazza. I had brought a draft of this translation with me, stuck on “sperso” in the penultimate line. The poem’s meteor has fallen, “a globe of gold that dove mutely toward fields / as if diving toward empty layers of mist,” and the narrator sees himself on earth, “piccolo e sperso.” Small and lost. I asked a man at the next table holding a dog shaped like a giant croissant how he might distinguish between “perso,” the familiar word for lost, and “sperso.” It’s larger than lost, he said: more inside you. He had named his dog Howard after Howard Hughes, but because there’s no “h” in the Italian alphabet, the dog was “Oward.” Or “Auard,” as he spelled it. Should I admit this is what I think of now, whenever I come across “sperso?” Auard. Often I worked at cafés that spring, asking strangers their associations with certain words, or to verify: is this as weird as it seems, a poem’s switch from past to conditional to present to future to past again?

Now such switches fill my own memory. And they seem reasonable— even fluid. What comes before? The myth of the original … when the un-orphaned boy first walks beside the river. When a meteor first falls toward layers of mist like the verb tenses in our various languages, shrouding the present’s mute globe of gold.

Think of a fraught memory. Choose a memory you wish had gone otherwise, or where you had responded or behaved differently.

Begin to write what happened, but when you start to recount your role, let something outlandish interrupt. Make a meteor fall to earth, or a sudden crashing sound cause a crowd of ghosts to gather around. Maybe a butterfly on fire settles atop your sister’s shoulder and begins to burn unnoticed through her coat. Maybe shimmering gold water slowly starts to flood the funeral parlor. Imagine how the figures in your memory (particularly someone who hurt you, or someone you hurt) respond to the interruption. Let your imagination set new terms for the scene, careful with detail.

Once you’ve gone far enough from your original memory and arrived somewhere that surprises you, switch to the present tense, and end the poem. 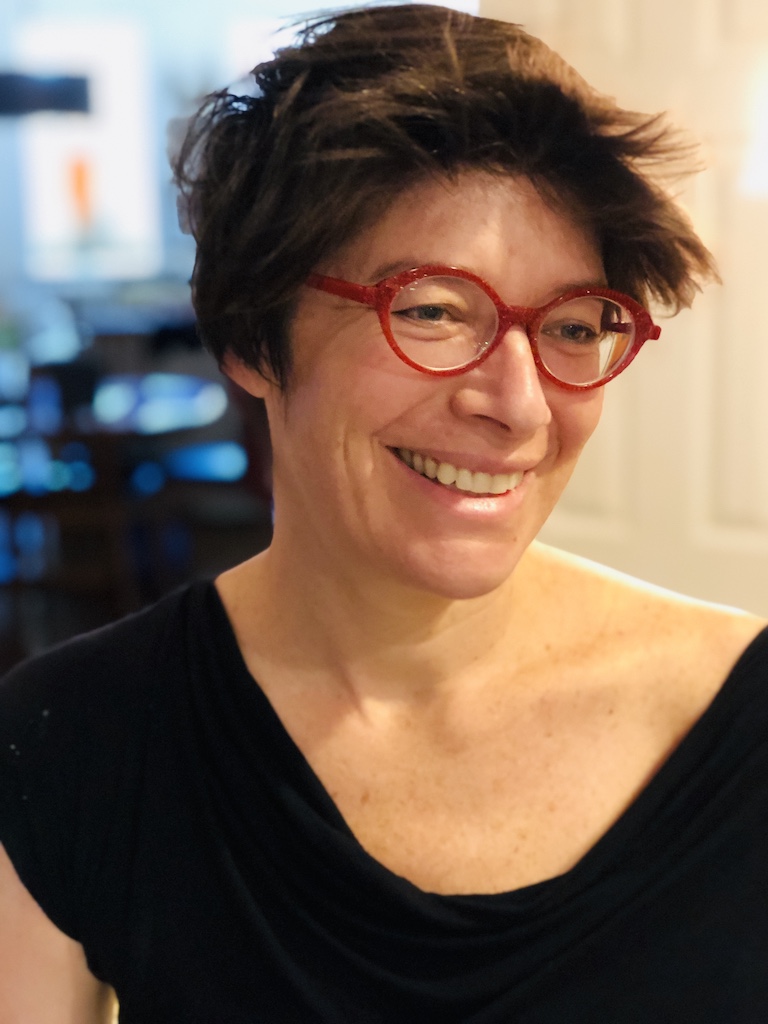 Taije Silverman is a poet and translator. Her first book of poems is Houses Are Fields (LSU Press), and her Selected Poems of Giovanni Pascoli with Marina Della Putta Johnston (Princeton University Press), was shortlisted for the 2020 John Florio Prize. Her poems and translations have appeared in journals including Poetry, The Nation, Ploughshares, and in the Pushcart Prize and the Best American Poetry anthologies. She teaches at the University of Pennsylvania.