What’s the measure of a poem’s hold on you? It’s inexact, of course. But it must have something to do with rereading that poem after a long time and feeling your breath catch in all the same places. I have forgotten now when I first heard or read “Summer Words for a Sistuh Addict”—most likely because every time Sonia Sanchez visited Howard’s campus or a DC venue, I was there. Almost all the money I had after paying rent and buying groceries was spent on poetry books. Sanchez was the first poet whose body of work I unconsciously collected and essentially grew up with.

This poem’s genius lies in its sharp, patient storytelling; deft vernacular; its indisputable dignity and lack of judgment rendering the sistuh; and its collective consciousness. All of these elements coexist at once; touching upon the art of narrative, documentary filmmaking, and even support groups. Basically, the poem air-bends what a poem “can do.”

It’s only 26-lines long but contains several intricate revelations. Even the title holds weight. It quickly establishes the predicament (sistuh addict) and time of year (summer) while also emphasizing agency (the focus is on the sistuh’s words and how those words will affect everyone who encounters them). Sanchez graces us with all this information before the body of the poem begins. A great title can do that.

Then Sanchez delivers those exacting first lines: “the first day i shot dope / was on a Sunday.” They remind me of opening lines for short stories that hook us. We understand “the first day”—implications of other days spent shooting up. And “on a Sunday” hints a bit at the sistuh’s conflict with her mother and, maybe, a young woman trying to make a life for herself outside the confines of her mother’s church. I can’t say for sure. But mentioning that Sunday seems highly evocative and intentional.

I love, too, how the poem’s vernacular (no apostrophe, mind you) clues us into the sistuh’s age and era (“u dig?”). I love all the dramatic possibilities in the juvenile yet relatable detail: “got mad at my motha / cuz she got mad at me.” Who among us with a complicated and, dare I say, difficult mother could not imagine this moment? These are complex women, transcending clichés and stereotypes.

One of the most arresting moments is here: “shot up / behind a feelen against her.” You read and think something, maybe, more literal might come behind a building, for instance. Nope. Sanchez eases into that metaphor so slickly, you have to press pause on the tape. Rewind and listen again: “behind a feelen against her.” This exemplifies the depth and care of Sanchez’s work. We understand in that moment that the poem is about more than addiction. It’s about the hurts that can make us vulnerable to addiction.

How is it that we come to know this young sistuh so intimately? There’s her cool revelation that shooting up actually felt “gooooood” and “gooder than doin it” and that she wants to “do it again.” There’s no shame in her sexuality or her “remembered high.” We come to learn all these details, but never through the lens of exploitation, sensationalism, or judgment. This is because Sanchez never intrudes on the poem. The explicit “i” narrator does not exist in this poem. A lesser poet would relish some kind of confession or faux street credibility for witnessing. But Sanchez’s poem is the anodyne for voyeurism. The speaker of line fourteen arrives like a gentle yogi pulling us out of meditation, “….someone leans for / ward gently asks her:”. That subtle, narrative voice is the bridge between the sistuh and those who collectively love, challenge, and uplift her.

But it’s not over! In a few brief lines, Sanchez brings the wisdom only a sage poet can bring, cutting to the quick: “did u / finally / learn how to hold yo/mother?” I sometimes imagine the poem taking place in a support group, where everyone is gathered in a circle.

But isn’t the question for all of us? We don’t know how things will end for the young sistuh whose tears mingle with “the music of the day.” But, we are collectively held in the powers of possibility: “and we all sing.”

How does Sonia Sanchez write so eloquently in the sistuh’s voice? Part of this poem’s power comes from its supreme listening. One can only have listened to compose those first several lines. One can only have been part of this community to render it so thoughtfully. When we honor the familiar voices of our communities, we avoid the pitfalls of voyeurism and appropriation. Sanchez’s poems gift much to writers. Her poems have a sense of their surroundings and how to convey those surroundings without intruding upon them. There are communal poems like “This Is Not a Small Voice” which captures the largeness and love of black children. And there are deeply personal poems like “Personal Letter No. 3” that focus primarily on the self. Sanchez is attentive in both modes. She is equally committed to each. Whenever I wonder about earnestness or honesty, Sanchez’s poems are the ones to which I return. I offer this prompt in that light.

Begin your poem “in-scene” and with a predicament. If you need help with this, flip through some of your favorite short story collections, reading only the first sentences of each. Notice what’s happening? How quickly the scene begins?

Begin your poem with a familiar voice. You know this voice—from the library, the community center, the office break room, the teacher’s lounge, the bus stop, your grandmother’s rural back porch door.

You’re aiming for a poem of roughly 25 lines. So many poetry drafts can be cut in half! Note, too, that most of the lines in Sanchez’s poem have less than 10 syllables. The longest line has only 11. Do you notice what happens (emotionally, dramatically) in Sanchez’s poem when the syllables are exceptionally minimal?

Eliminate the explicit “I” narrator from the poem. Instead, let the plot of the poem unfold with sensory details and key voices.

Close the poem with a collective action. Sanchez uses singing. But there are many options available to your poem, depending on the scene.

Give your poem a title that frames the scene, primary speaker, and time of year. 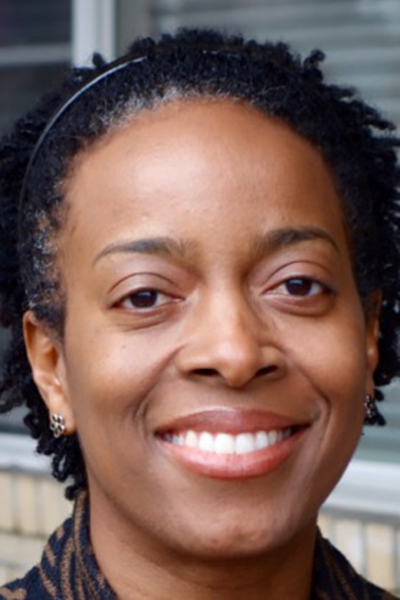 Yona Harvey is the author of Hemming the Water, winner of the Kate Tufts Discovery Award in poetry and the Lucille Clifton Legacy Award in poetry from St. Mary’s College of Maryland.  She contributed to Marvel’s World of Wakanda, a companion series to the bestselling Black Panther comic, and co-wrote Marvel’s Black Panther and The Crew.