The warp of it, her sight, is a memorialto some ephemeral revelation, an instant—sudden and vivid and obvious—the backgroundcoming into focus. Mindless and without,in a split-open second of flash and tweak:she authors a bright new smallness.At once, everything adapts to her methodof blur and diminish. She laces the familytogether (they whisper and coax and wish).It's easy now to find oneself lost in thought.She was taken in by their complete and brutallove. Until that moment, holding stillas for a camera. Until, in that golden dazzlement,she saw the world and the world saw her.

“A Case History” from ON HYSTERIA: by Nancy Kuhl.
Published by Shearsman Books on July 22, 2022.
Copyright © 2022 by Nancy Kuhl.
All rights reserved.
Reproduced by Poetry Daily with permission. 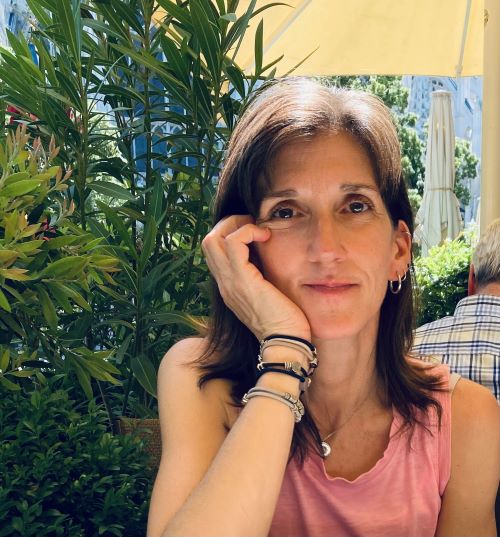 On Hysteria is Nancy Kuhl’s fourth full-length collection of poetry; recent books include Pine to Sound (2015) and The Birds of the Year (2017). She is co-editor of Phylum Press, a small poetry publisher, and Curator of Poetry for the Yale Collection of American Literature, Beinecke Library, Yale University. 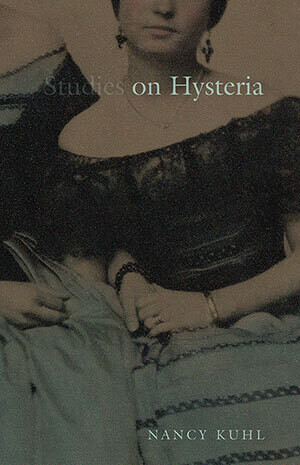 “The spare poems in Nancy Kuhl's ON HYSTERIA are—to use a term central to the collection—glossed with disquiet, shifting between direct speech and a kind of pressurized, violent speechlessness. ‘This family, this suburban dead-end / family—they use silence like a rope.’ The primary drive here is not to fix or resolve, not to tell; rather, it is to approximate the experience of piecing together ‘broken, unknowable / things,’ to survive and make some meaning out of ‘spectacular panic,’ the precise cause of which is never directly named but pulses throughout. The quiet haunted authority of these lines derives from ‘the memory of events witnessed while sleepwalking.’ With guarded intimacy, the poems convey—‘in a language / half-heard, // half-hearted’—an ‘ephemeral revelation’ where ‘confusion can also be a certainty.’ Reading this collection is like watching half-salvaged clips of a family’s home movie interspersed with time-lapse photos capturing the formation and dissolution of rocks: the spliced film is riveting, a ‘horizon set down between / limit and limitlessness’”
—Catherine Barnett, author of Human Hours

“From the movement of rivers and tides to rooms flooded ‘with unremarkable light,’ something profound, elusive, and shattering haunts these poems. In this work, a kind of ‘field guide’ to the soul, an extraordinary sensibility moves delicately yet searchingly through the holdfasts of mind, memory, and touch. One encounters in these simultaneously lush and spare poems an enormously pressurized linguistic intelligence “moving into moving through experience.’ Brilliantly and complicatedly engaged with psychoanalytic discourse on hysteria, Kuhl’s poems unforgettably and unparaphrasably conjure the atmosphere of a corroded family complex—let us not say romance. Kuhl’s poems emerge out of liminal zones and track ‘what comes up through layers. And everywhere too we encounter a poet alive to rocks, stones, trees, lichens, mosses, to the texture of fabrics and the structures of art, to the ‘sky open to the hinge,’ to ‘the brink, the joint, the skim, the skin.’ This is vital, unsettling, transformative work.”
—Maureen N. McLane, author of More Anon: Selected Poems

“Making poetry and psychoanalysis seem of a piece, Kuhl manages in this remarkable and unusual book to write poems at once poignant, incisive and lyrical about experiences that are uncanny in their ordinariness.”
—Adam Phillips, author of Becoming Freud