A Fear Growing in My Heart

A fear was growingin my heart: I smelledthe putrid odor of my gravearound me. The new, silkendrapes on the door silently regrettedmy coming death: Soonwe will remain without you.How stupid that I preparefor death with silk.With strange sadness I thoughtthat I would not have any silk curtainsor even any underwear of silkin my earthy alcove.Suddenly I said to myself:your limbs are like limbs carvedfrom ivory. My terrordispersed like smoke.I was sheltered from death.

“A Fear Growing in My Heart” from THE ACROBAT: by Celia Dropkin.
Published by Tebot Bach on May 01, 2014.
English Copyright © 2014 by Faith Jones, Jennifer Kronovet, and Samuel Solomon.
All rights reserved.
Reproduced by Poetry Daily with permission. 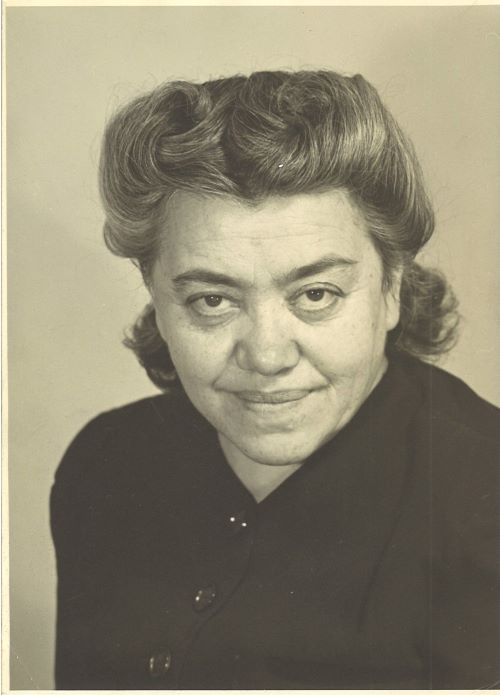 Celia Dropkin was born in what is now Belarus in 1887. She moved to New York in 1912 and began writing in Yiddish. She had six children, five of whom survived, and she died in 1956. Dropkin was an active member of the vibrant Yiddish literary culture in New York City in the first half of the 20th century. She was known for her experimental verse and her focus on sex and motherhood. She published widely in Yiddish journals and published one book of collected poems, In Heysn Vint. A selection edition of her poems, The Acrobat (Tebot Bach) was translated into English by Faith Jones, Jennifer Kronovet, and Samuel Solomon.

Faith Jones is the co-translator of The Acrobat by Celia Dropkin, and has recently completed a translation of Shira Gorshman’s short stories. She is a librarian in Vancouver, Canada.

Born in New York City, Samuel Solomon is author of Life of Riley (Bad Press 2012) and translator, with Jennifer Kronovet and Faith Jones, of The Acrobat: Selected Poems of Celia Dropkin (Tebot Bach, 2014). He teaches in the Department of English at the University of Sussex where he is Co-Director of the Centre for the Study of Sexual Dissidence. 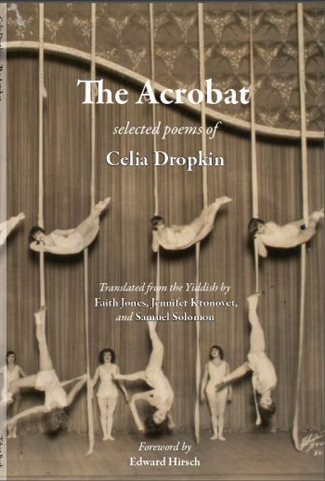 "Celia Dropkin’s lyrics come fully loaded. They are erotically frank and emotionally unabashed, deeply engendered, relentlessly truthful. They are terse and musical, like songs, and carefully constructed to explode with maximum impact.”
—Edward Hirsch, from the foreword

“These remarkably vivid poems could be titled something like 'Sensation—And How To think It.' They are carefully made, but the poet allows herself a certain carelessness to say the unsayable. She is interested in violence and tenderness together, as our nervous systems seem to be. There are lovely Reznikoffian glimpses of Manhattan; there are the pleasures of the short poem—the poem passing but lingering. The poems are of their time in the best possible way: you want to be there then, too. Early in the 20th century, in New York, having learned Yiddish or some other language new to you, watching a new age be born as if that were natural. This is a unique moment, still alive. The poems are still alive.”
—Alice Notley

“Among the more experimental Yiddish poets in early twentieth-century New York, Dropkin was significant both for her exploration of open verse as a compositional strategy & for her assertions of female desire beyond the limits observed by most of her contemporaries, both in Yiddish & in English. Dropkin participated in the already active Yiddish poetry world, including the experimental In-Zikh (Introspectivist) poets, while developing more markedly transgressive themes than theirs: sexuality, depression, guilt & longing, fury, violence, even at its limits the representation of sado-masochism & other taboo, once hidden subjects. Her work in that sense is a further confirmation of Kenneth Rexroth’s observation: 'A good case could be made for the claim that the best writing done in America in the first quarter of the [twentieth] century was in Yiddish.'”
—Jerome Rothenberg