Let it be alleys. Let it be a hallWhose janitor javelins epithet and thoughtTo cheapen hyacinth darkness that we soughtAnd played we found, rot, make the petals fall.Let it be stairways, and a splintery boxWhere you have thrown me, scraped me with your kiss,Have honed me, have released me after thisCavern kindness, smiled away our shocks.That is the birthright of our lovely loveIn swaddling clothes. Not like that Other one.Not lit by any fondling star above.Not found by any wise men, either. Run.People are coming. They must not catch us hereDefinitionless in this strict atmosphere.

Copyright © 2005 by Gwendolyn Brooks
All rights reserved.
Reprinted By Consent of Brooks Permissions. 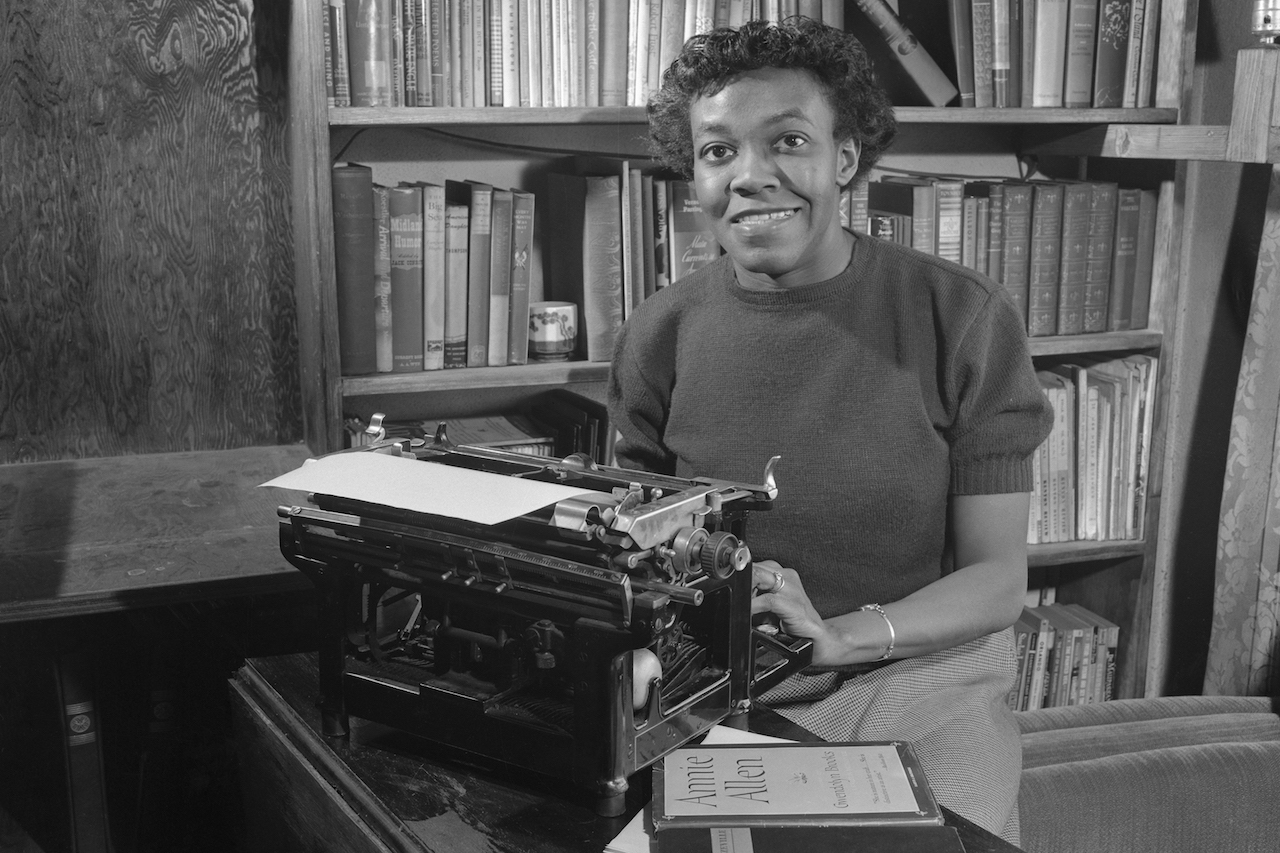 Gwendolyn Elizabeth Brooks was an American poet, author, and teacher. Her work often dealt with the personal celebrations and struggles of ordinary people in her community. She won the Pulitzer Prize for Poetry in 1950, for Annie Allen, making her the first African-American to receive the Pulitzer.

Throughout her prolific writing career, Brooks received many more honors. She was appointed Poet Laureate of Illinois in 1968, a position she held until her death, and what is now the Poet Laureate Consultant in Poetry to the Library of Congress for the 1985–86 term. In 1976, she became the first African-American woman inducted into the American Academy of Arts and Letters.

Brooks was born in Topeka, Kansas and at six-weeks-old was taken to Chicago, where she lived the rest of her life. Her parents, especially her mother encouraged her poetry writing. She began submitting poems to various publications, as a teenager. After graduating high school during the Great Depression, she took a two-year junior college program, worked as a typist, married, and had children. Continuing to write and submit her work, she finally found substantial outlets for her poetry. This recognition of her work also led her to lecturing and teaching aspiring writers. Several schools and institutions have been named in her honor.

She made a forceful and passionate poetry that fused Modernist aesthetics with African-American cultural tradition, a poetry that registered the life of the streets and the upheavals of the 20th century. 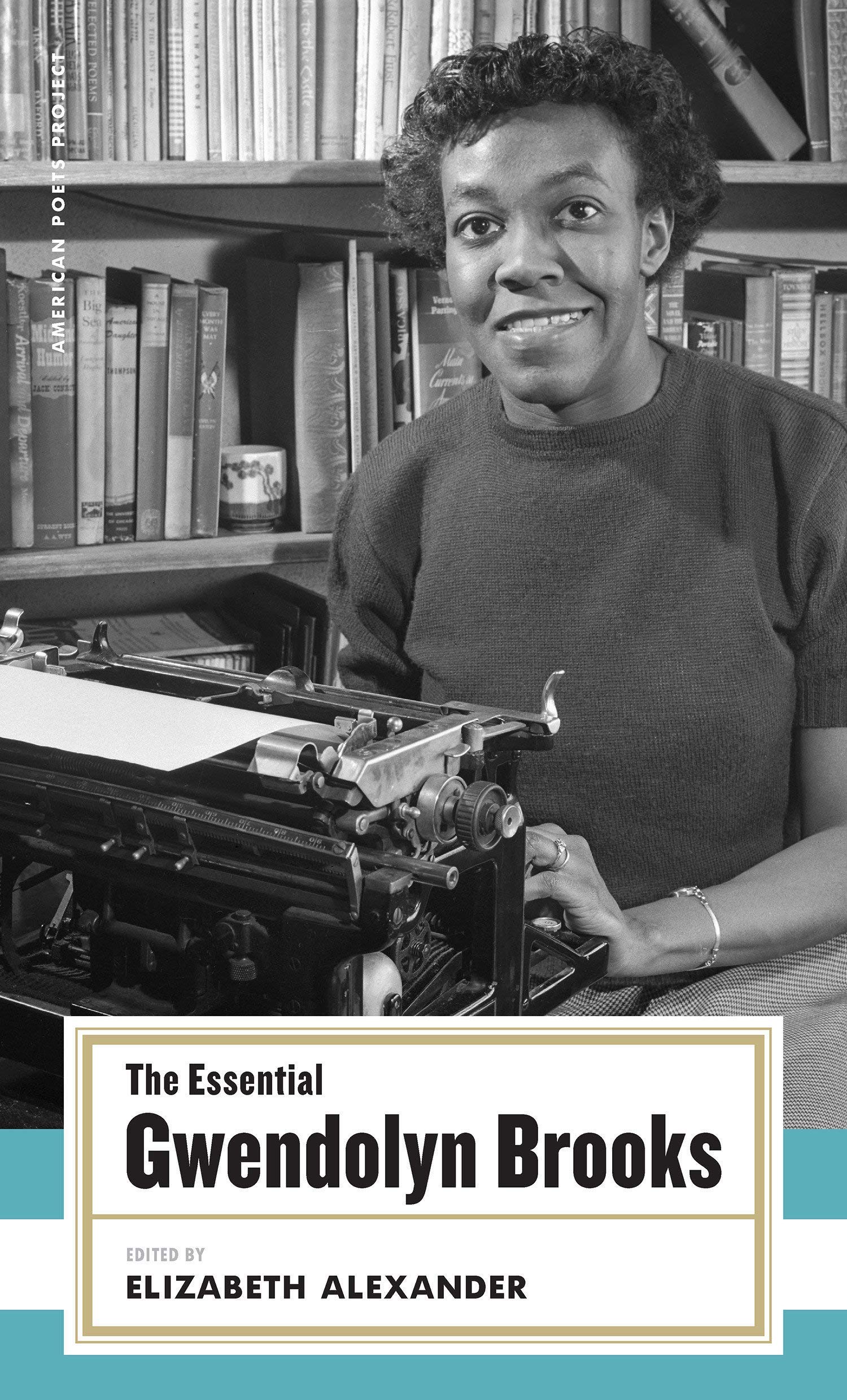 "If you wanted a poem," wrote Gwendolyn Brooks, "you only had to look out of a window. There was material always, walking or running, fighting or screaming or singing." From the life of Chicago's South Side she made a forceful and passionate poetry that fused Modernist aesthetics with African-American cultural tradition, a poetry that registered the life of the streets and the upheavals of the 20th century. Starting with A Street in Bronzeville (1945), her epoch-making debut volume, The Essential Gwendolyn Brooks traces the full arc of her career in all its ambitious scope and unexpected stylistic shifts.

“Her formal range,” writes editor Elizabeth Alexander, “is most impressive, as she experiments with sonnets, ballads, spirituals, blues, full and off-rhymes. She is nothing short of a technical virtuoso.” That technical virtuosity was matched by a restless curiosity about the life around her in all its explosive variety. By turns compassionate, angry, satiric, and psychologically penetrating, Gwendolyn Brooks’s poetry retains its power to move and surprise.