It is almost polio season. The girlsFrom the cigarette factories in MassachusettsAre still visiting the northern beaches.At midnight, the milky rubbersIn the breakers are like a familiar invasionOf sea life.Sitting on the rocks we watch a runner:Weight shifted, some tick, tick,Almost of intelligence—The bone catching of balance...From behind, a red-haired girl appears—Missing a thumb on her left hand,Breathless, she asks for a light:A crumpled pack of Lucky StrikesAt the top of a nylon stocking;The other leg bare, her abdomenAnd breasts plastered with white sand.Drunk, she says, "He just swam outPast the jetty—that was twenty minutesAgo. You think I give a damn?"We lit the cigarette for her. Her handsShaking.No moon, it took an hourTo find all her clothing,Dropped as they ranDown the rock shelf through dunes...He hadn't drowned. He swam around the jetty,Crawled to the grasses and over the granite shelf.Gathering his clothes, he leftHer there as a joke.Her hair was coloredThat second chaste coat of red on the pomegranate.We were eating sandwiches on the rocks.She frightened my mother and me. My littleSister just thought she was funny.In thirty years I have dreamt of her twice, onceWith fear and once without. I've writtenThis for her, and becauseTwice is too oftenConsidering how beautiful she was.

Copyright © 1989 by Norman Dubie
All rights reserved.
Reproduced by Poetry Daily with permission. 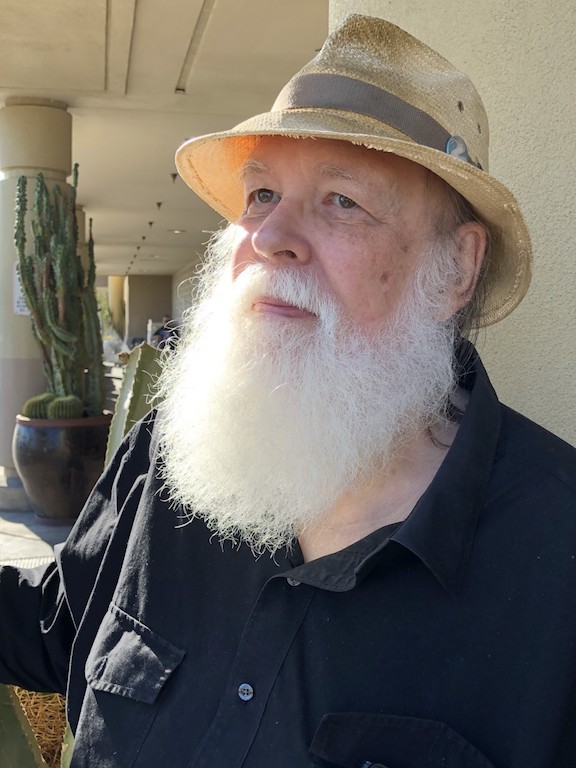 Norman Dubie is the author of thirty books of poetry, including The quotations of Bone, winner of the 2016 Griffin International Poetry Prize, as well as The Volcano, The Insomniac Liar of Topo, Ordinary Mornings of a Coliseum, and The Mercy Seat: Collected & New Poems 1967-2001, all from Copper Canyon Press. His poems have appeared in such magazines as The New Yorker, The American Poetry Review, Narrative, Blackbird, Lake Effect, Bombay Gin, The Paris Review, and The Fiddlehead. He is the recipient of many fellowships from granting institutions, including the John Simon Guggenheim Memorial Foundation, the Ingram Merrill Foundation, the Poetry Foundation (the Bess Hokin Prize), and the National Endowment for the Arts. Mr. Dubie received the PEN Center USA Literary Award for Poetry in 2002. He teaches in Tempe, Arizona, where he has lived these last forty years in an alkali desert, mostly in the company of cats. 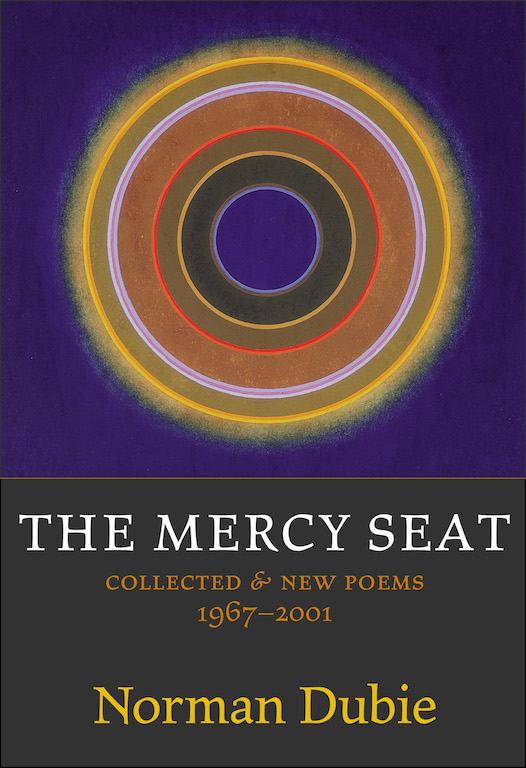 Norman Dubie, an award-winning author of 17 previous books, is not simply a poet's poet: he is a reader's poet. His poems draw upon and recast the world's greatest tales, and salvages from the backwaters of human history moments of redemptive, imaginative beauty. The Mercy Seat is his first volume in over a decade, and collects from all his previous books. A Tibetan Buddhist whose work has been translated into thirty languages, Norman Dubie has compiled a major body of poetry that is at times surprising and magical, at others dark and horrific, yet a poetry that always manages to find its resolution in wonder.

"One of our premier poets."
—The New York Times

"Any new work from Norman Dubie is worth investigating. The Mercy Seat, beautiful and comprehensive, is cause for celebration... This is a book not to be missed."
—Virginia Quarterly Review

"One of the most powerful and influential American poets."
—Washington Post Book World