© The Estate of Norman H. Pritchard, from The Matrix (Ugly Duckling Presse and Primary Information, 2021). 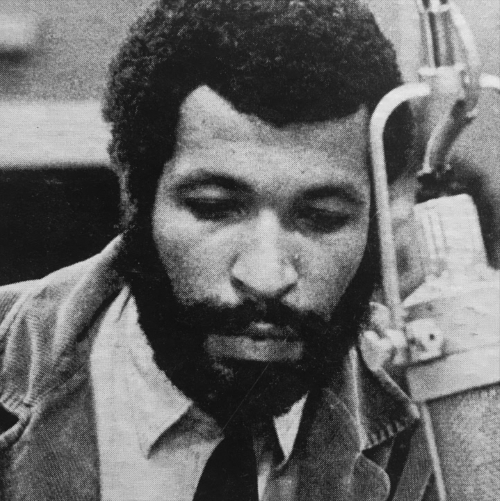 Norman Henry Pritchard was born in New York City in 1939. He studied art and art history at New York University and Columbia University. He belonged to the Umbra group (1962–65), a collective of young black writers that included Steve Cannon, Thomas C. Dent, David Henderson, Calvin Hernton, Ishmael Reed, and Lorenzo Thomas. He published two collections: The Matrix, Poems: 1960–1970 (1970) and Eecchhooeess (1971), and his poems appeared in Umbra, The East Village Other, and other magazines and were anthologized in The New Black Poetry (1969) and In a Time of Revolution: Poems from Our Third World (1969). He also recorded his work for the Folkways compilation New Jazz Poets (1967). Pritchard taught poetry at the New School for Social Research and was a poet-in-residence at Friends Seminary. He died in eastern Pennsylvania on February 8, 1996. 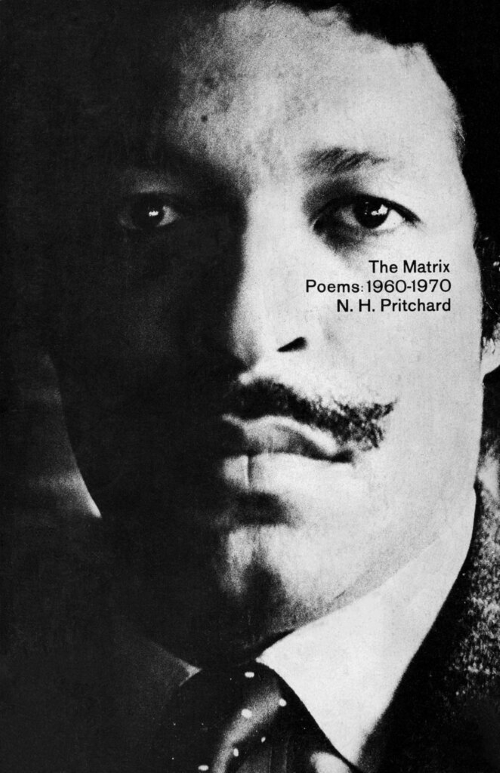 "Here’s a truth to which the black experiment is especially foregiven: 'words are ancillary to content.' The converse is also true, indicating mutual aid and mutual trouble. When words and content get together, there’s enough room in the vast, infinitesimal blur not in between them for poetry to make its dispersive, displacing way. Norman H. Pritchard loves that non-Euclidean neighborhood. He keeps bullet time there, after hours, in a club, which is an open cell, called The Matrix. Welcome to this 'huge/entering' of concrete breath—unprecedented, unsurpassed."
—Fred Moten

"Like his book, Pritchard receded from view within the world of literary criticism, but his remarkable book persisted never-the-less. Here it is again, like an appearing-disappearing monolith in the desert, ominous and numinous at the same time."
—Aldon Lynn Nielsen