Casida of One Wounded by the Water

Federico García Lorca
Translated from the Spanish by Merryn Williams

I want to go down to the well, I wantto climb the walls of Granada,to see the heart that has been piercedby the dark needle of water.The wounded boy was groaninghis head crowned with white frost.Ponds, cisterns and fountainsraised to the air their swords.Ah, what fury of love, what a cutting edge,dark murmurs, a death so white!Sunk in the sands of daybreak,what deserts of light!The boy was alone, the cityin his throat, asleep.A spout of dreams protects him fromthe hunger of seaweed.The boy and his agony, face to face,were two green rains entwined.The boy stretched out upon the earth,his agony curved round.I want to go down to the well, I wantto die my death by mouthfuls,to fill my heart with moss, to seeone wounded by the water.

“Casida of One Wounded by the Water” from SELECTED POEMS by Federico García Lorca.
Published by Bloodaxe Books on October 21 2021.
English Copyright © 2021 by Merryn Williams.
All rights reserved.
Reproduced by Poetry Daily with permission. 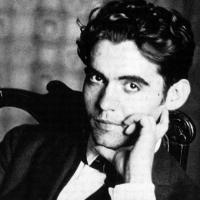 Federico García Lorca, Spain’s greatest modern poet and dramatist, was murdered by Fascist partisans in 1936, shortly after the outbreak of the Spanish Civil War. He was by then an immensely popular figure, celebrated throughout the Spanish-speaking world, and at the height of his creative powers. After his death, with his work suppressed, he became a potent symbol of the martyrdom of Spain. The manuscript of Lorca’s last poems, his tormented Sonnets of Dark Love, disappeared during the Civil War. For fifty years the poems lived only in the words of the poets who had heard Lorca read them, like Neruda and Aleixandre, who remembered them as ‘a pure and ardent monument to love in which the prime material is now the poet’s flesh, his heart, his soul wide open to his own destruction’. Lorca’s lost sonnets were re-discovered in Spain during the 1980s, and the Bloodaxe edition of his Selected Poems (1992/2021), translated by Merryn Williams, was the first to include English translations of these brooding poems. 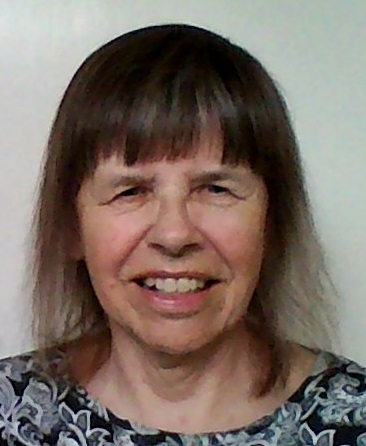 Merryn Williams has published five volumes of poetry; the latest is The Fragile Bridge: New and Selected Poems (Shoestring Press) and edited Poems for the Year 2020: Eighty Poems on the Pandemic (also Shoestring). Her translation of Lorca’s Selected Poems is published by Bloodaxe Books. 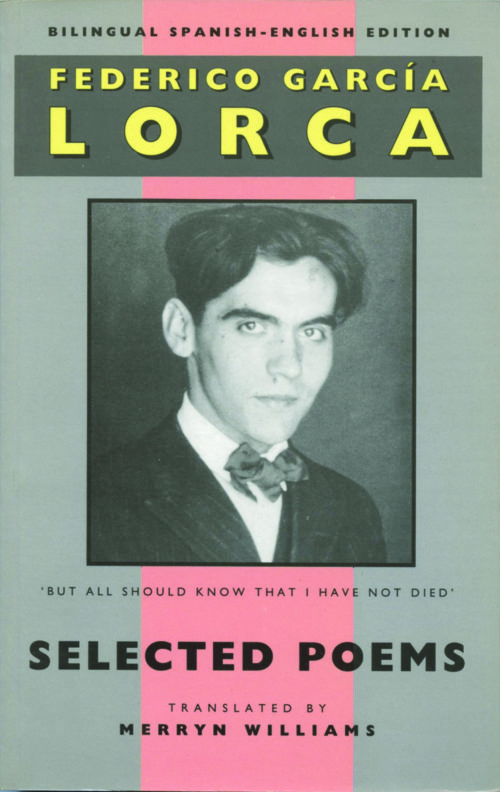 This new edition of iconic translation draws on the full range of Lorca’s poetry, from the early poems and the ballads to the agitated Poet in New York sequence and the Arab-influenced gacelas and casidas which followed his American exile. It includes the Lament for Ignacio Sánchez Mejías, Lorca’s great elegy for his bullfighter friend, as well as the full text of his famous lecture on the duende, the daemon of Spanish music, song, dance, poetry and art. In these remarkable translations, Lorca’s elemental poems are reborn in English, with their stark images of blood and moon, of water and earth; of bulls, horses and fish; olives, sun and oranges; knives and snow; darkness and death:

‘I realised I had been murdered.
They searched cafés, cemeteries, churches.
They opened barrels and cupboards.
And plundered three skeletons
for their gold teeth.
But they never found me?
No. They never found me.’