Closed on Three Sides, Open on One

it holds its floors, it holds its windows tissues; drapes of tissue, it may hold on its windows;rugs, and for a time, the dust in rugs on its floors moss in your terrarium; on the sill of the windowa wilderness in miniature, a floorhumid and primeval gallons of dried paint and plaster aroundits windows but also in cans; wisps on glassimprecise edgesin floorboard graintoo many desiccated spiders to count are held accounts it cannot hold; water is more or lessdrained through it and away but not without its nourishment;as with light, which returns as mossbut unaccountably, having come and gone;coming and going hold themselves;the ear drum may hold the sound of coming or goingbut not at the same time and not for long;hearing at least feels like holding and where else does it go if the music is played loudly enough it can be feltthrough the floor; the floor can hold the musicas the ear drum with coming or going; or does it greetwhat arrives and release what departs; music travelsfrom the floor to the walls and can be felt there, too;sometimes, it seems to be cracking the walls some;by the foot on the floor and the hand on the wallor the drum in the ear;held in a larger sense by where it goes, which,if you hold it, for example,is held in the mind’s eye or something, becomingportable; it can only be held as you canyou it cannot hold; it considers,believes, obliges, as long as you do,to cover and protect, and sees you on your wayto new houses of the sun, the moon, arrangementsof light in the way across your back, shoulder, chest;you could be music or even just a soundit permits, but so could it be, under your permission,as you step from the floor, through a window,as it is always there, maybe only a couple notesin the resonator recalled by small fingers inanother person’s hand and just as soon forgottenbut not lost; it cannot hold you,and you must hold itas the guitar that’s a coffinthat holds its floor, that holds its windowsthat would tell you about heaven but cannot;what heaven holds, it cannot hold,even as the ear drum with coming or going;or heaven, rising unaccountably within,a path of notes towards melodyspills away from it just as unaccountably it can hold acts of love as we claspone another in the cup of shelter; as water fallinginto a cup from a height, our lovemaking rushesacross one wall, along the floor, up and off the lip;a kiss is held thus, in place of voices,by which we know some warmth, breath,sweat-to-salt, that approach and vanishsuspended in motif, somewhat protectedand also vulnerable like anything in flight;the snow swiftly recedes from its browhaving only just appeared in the nightbecause nothing can hold heat very well;a spirit like yours,eked out in quick shallow breaths,is always escaping even its own limbs;this soft exchange it enables and describes;how it holds: it houseswhat requires clothes as something close and small;when you are back from an outing,how it welcomes you and I do, recalling itselfand myself embodied unaccountably;when you press your skin to its floors, my skin,they return; you’re holding them true to the world. 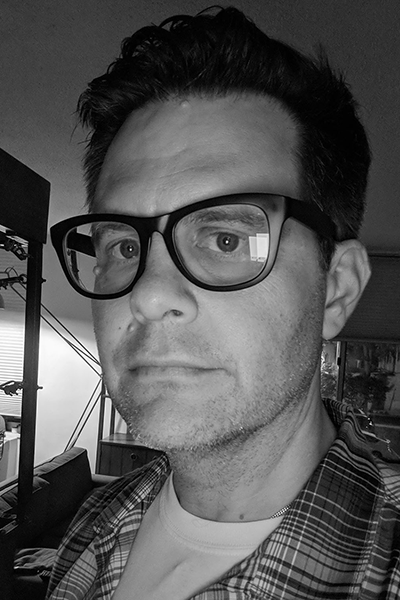 Aaron McCollough is the author of six books of poetry. Most recently, Rank was published by the University of Iowa Press. His poems have appeared in Boston Review, A Public Space, Denver Quarterly, Fence, VOLT, and jubilat. With Karla Kelsey, he co-edits SplitLevel Texts. He is Head of Partner Success at Ubiquity Press. 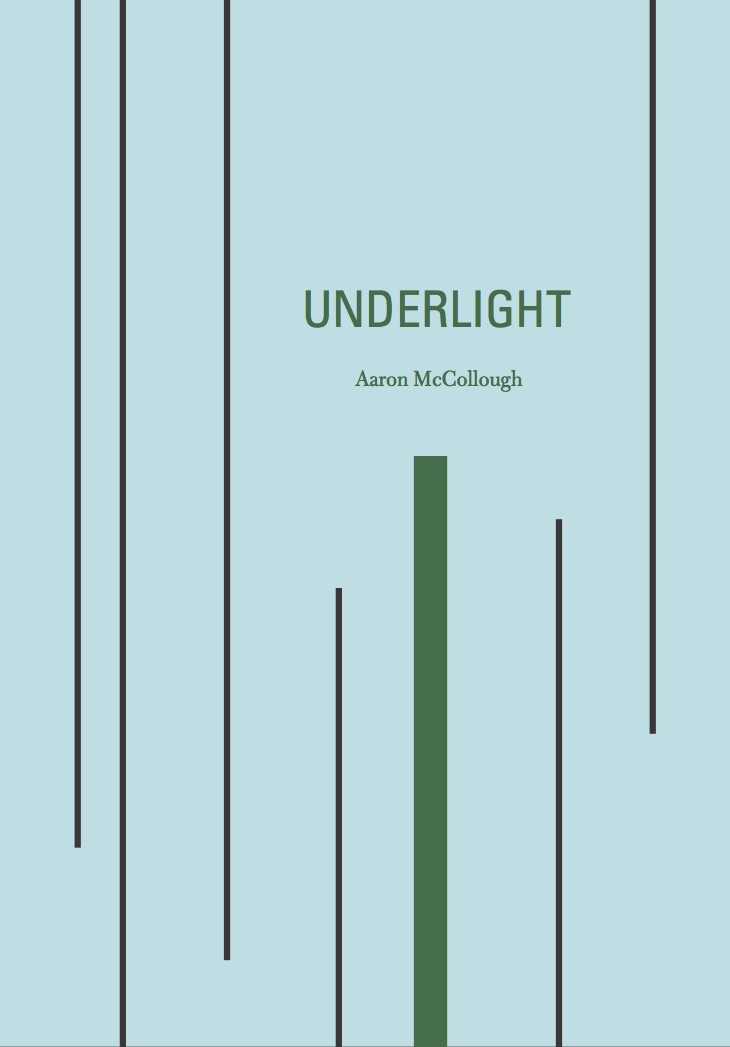 "Aaron McCollough’s poetry is a living system that is one part the assaulted world and one part the world’s conscious surveyor. In Underlight 'a private sorrow drapes' revealing an ecology of disappointment where the poet reports 'hearing at least feels like holding and where else does it go.' While the music here plumbs various shapes a final hour can take, it also insists we should never agree to an end without first having our most heartfelt say, 'Making love, we used the dark for leverage.' Underlight is full of such impossible machines all doing emergency work."
—Peter Richards

"Underlight shines its luminescence under bodies large and small. Desiccated spiders, fields of clover, a leaf’s spine, the anatomy of the soul, an entire forest’s understory, all unfold under this stunning light. Drawn in through vision, the urge to see becomes the urge to hold, however tenuous such holdings might be. But what is held in this book is held aside in ecstasy, until even what I knew I held—my own body—stands beside me. Under 'the pressure and underlight, / where soul is burin / and self is soft line away,' I look at looking. I am blinded by this book’s dark beauty, its careful precision, its generous offerings. I cannot look away."
—Sasha Steensen