Seán Ó. Ríordáin
Translated from the Irish by Greg Delanty

“Cold Snap” from APATHY IS OUT: SELECTED POEMS by Seán Ó. Ríordáin.
Published by Bloodaxe Books May 4th, 2021.
English Copyright © 2021 by Greg Delanty.
All rights reserved.
Reproduced by Poetry Daily with permission. 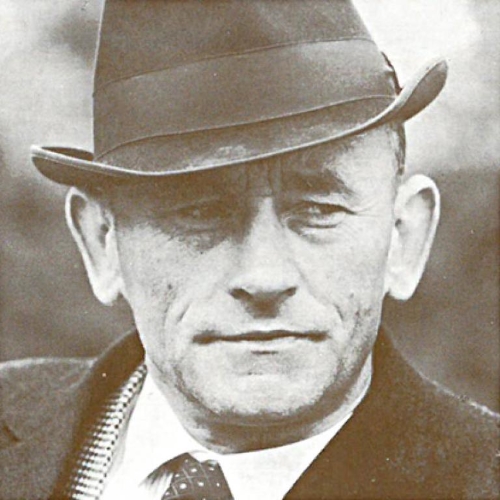 Seán Ó Ríordáin (1916-77) was born in the Breac-Ghaeltacht village of Ballyvourney, Co. Cork and moved to Inishcarra, on the outskirts of Cork city at the age of 15, following the death of his father from TB four years earlier. Ó Ríordáin himself was diagnosed with TB in 1938, not long after he had begun working as a clerk in Cork City Hall. After resigning from his position due to illness in 1965, he contributed a regular column to the Irish Times in which he wrote critically and satirically about language, literature and culture. He also provided a sharp critique of government policies that reneged on the State’s commitment to its professed ideals, with greater vehemence as the Troubles in the six counties of Northern Ireland worsened during the 1970s. An occasional lecturer and writer in residence at University College Cork (1969-76), he had a considerable influence on the Innti poets who studied there.

Ó Ríordáin published three collections before his death in 1977, Eireaball spideoige (1952), Brosna (1964), and Línte Liombó (1971). A fourth collection Tar éis mo bháis was published posthumously in 1978, and his collected poems in Irish, Na dánta, in 2011. There are two substantial translations of his poetry, Selected Poems, edited by Frank Sewell (Yale University Press, 2014), and Apathy Is Out: Selected Poems, translated by Greg Delanty (Bloodaxe Books / Cló Iar-Chonnacht, 2021). 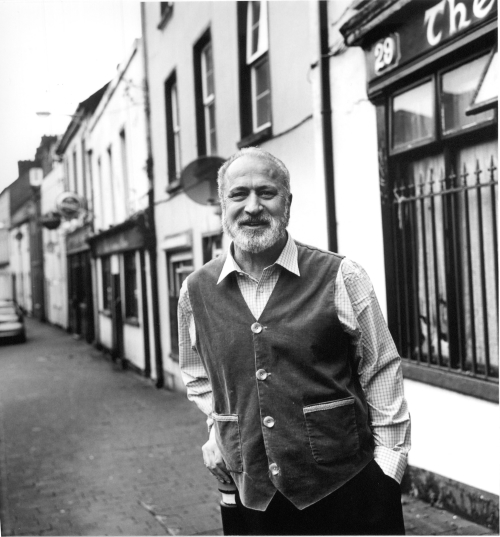 Delanty’’s latest collection of poems is No More Time. Other recent books are Selected Delanty (Selected and introduced by Archie Burnett) and The Greek Anthology Book XVI (Oxford Poets, Carcanet Press, UK)—titled Book Seventeen in US (LSU Press). He has received many awards, including a Guggenheim for poetry. In March of 2021 he was awarded The David Ferry and Ellen LaForge Poetry Prize for his body of work. He teaches at Saint Michael’s College, Vermont. Delanty’s papers up to 2010 have been acquired by the National Library of Ireland and from 2010-2015 at University Collage Cork. 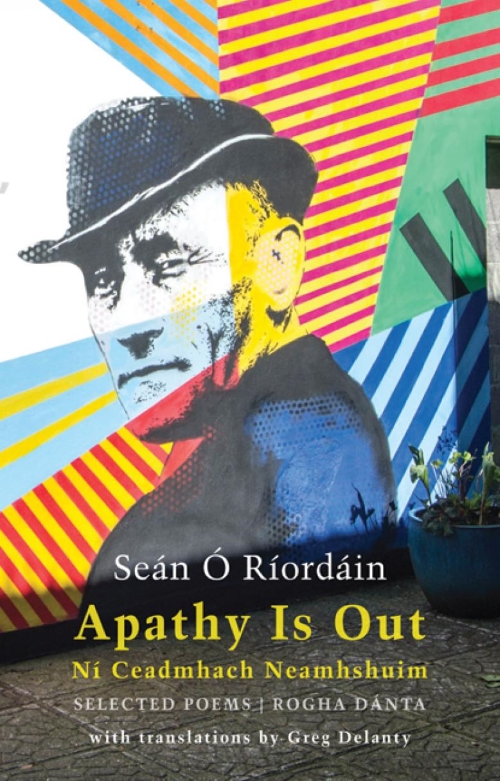 Seán Ó Ríordáin (1916-77) was the most important and most influential Irish-language poet of modern times. He revitalised poetry in Irish, combining the world of Irish literature with that of modern English and European literature, thus adding to the Irish tradition from the other side. His poems "seek to answer fundamental questions about the nature of human existence and the place of the individual in a universe without meaning" (Gearóid Denvir).

Many of Ó Ríordáin’s poems came out of his struggle with the isolation, guilt and loneliness of life in mid-century Catholic Ireland experienced in Cork, the native locale also of the poet Greg Delanty, translator of Apathy Is Out. Ó Ríordáin’s poems have been translated by many poets, but until now no single writer has translated the majority of the poems. This collection gives a much more unified sense of Ó Ríordáin’s work, catching the poetry’s verve, playfulness and range and also "the music you still hear in Munster,/even in places where it has gone under". It includes the dark, sorrowful poems Ó Ríordáin has usually represented with in anthologies but also poems of exuberance and celebration, notably "Tulyar", one of the funniest satirical critiques of the Irish Church’s attitude to sex which matches any similar attack by Patrick Kavanagh or Austin Clarke.