—after Marina Zurkow’s “Outside the Work: A Tasting of Hydrocarbons and Geological Time”

This is your water. There is no other water like it. This is where you sit.

You've been invited to this table to think about time, to make a meal of time.

To move through time like falling backward through tarmac, you bring the bottle to your lips and draw.

To get at the heart of it, open the valve; to get at the core of it, burrow and extract. You might think—as you would a glacier—time's mantle and liquid center, or the whorled shell, time's mollusk; but you see now it is in you, a toast to you.

You hear that purity has a temperature (-20° Celsius), and you can watch it be refined like a rabbit from a hat, but when you pass the water through your lips, both of you are changed.

Your feet are on this shore, sunk in the muck of it; and if a shore, then another side and somebody waving there. The taste of that.

The brightness and brine of bottarga.

So cynical, mullet, not even hatched and already the tired look of a mummy.

When were you not making a meal of time?

"I was plodding and plodding, just plodding along." Salt of the earth and all that.

You must get your hands in it, break the sardine bones fried in oil. And the eye looks back from its pit, its well, its bevel; it's supposed to.

Did you know the mullet is the fish with the gizzard?

Packed in salt, roasted through, the mullet is the fish with the bird-like flesh you can pick apart with your fingers, siphon the feathers along your tongue.

No president calls to give this bird-fish reprieve.

Here's the story of the man and his fish. The ones that he catches and the ones he releases.

The mullet's eye may yet be succulent; it desires more data.

The mullet's cheek is a sweet meat.

If mullet is served baked in a salt crust, there will be urges to yell, "Salt fight," and see what transgresses. But it never transgresses.

By now your plates are a small orbit around you. You can tell time with them like patterns of constellations.

That splatter of stars—there was the time of our first organisms, the ones that sank to the seabed of our centerpiece.

Each time the verse comes around, somebody keeps refusing to "think," instead continues to "drink" to "the humble birth," which at first seems charming, then suspiciously careless, but what do you know? You're not even singing.

Every meal is a season, not just the set of signs within a season.

The story of the first mouth to accept the spoil on the tongue and to be consumed by the drinking of that beautiful transformation.

The song is old, as the story is old: "And such is the lot of everyone. I say, / therefore, brim the mixing bowls with wine, / for only in oblivion is oblivion braved."

By now your consumption is a congestion of satellites around you. And there lies the future that is the debris of the past and all its wave of pixels. The narrative, like the core, has shifted.

Sweet devourer, like a taste, a word brings back time to you.

There's a place in New Orleans called Coop's Place, where you'll find a decent bowl of gumbo, and you once met friends there.

Not just an aesthetic, the wit and whimsy of reordering the elements beneath your rigid expectations, but labor. You must work to make the experience, like someone works to make your experience. So, you assemble the disassembled dish.

Aspic domes of marine life dissolving in consommé. The anxiety of choosing your tutelary spirit that you'll let inside you as you eat. Or the anxiety of what your choice will tell on you.

The terroir of farm-raised salmon is the grayness of clay. A SalmoFan™ can help with that.

"A natural antioxidant in the same family as the beta-carotene found in carrots," and so the prospect of finding what "fits the consumer's image of salmon flesh."

A rumor begins that there will be an event. Even a single meal has its micro-seasons.

In the distance, the plates wobble along their ellipse, come crashing into their star.

Out of the sea you'll emerge with time on your back to found a new habitat. An oyster slides along a tongue as it's done since prehistory.

A word brings you permission: the jellyfish locked in granita to unlock your hand now bringing the spoon to your lips.

You, dreamer, scooping up creatures like nostalgia for the future, whose color is the flesh of Texas grapefruit.

Someone once told you that the landscape on the gulf of Texas is all in the sky, storms and vistas, suns going down like boiled crawfish shells, or a sky in the coolness of its blue looking glacial.

The story's old; don't poke among the pebbles.

But don't be fooled either. It was a river of oil that carried you here, leaking through sands, indiscreetly jumping deposits, and it oozes from you like sweat.

The time you've eaten bursts and gushes, eddies and pools.

And you leave its sludge, a print on a wineglass, as you force up a sweetness, the seepage rippling from your sphere.

Copyright © 2019 by Paul Otremba
All rights reserved.
Reproduced by Poetry Daily with permission. 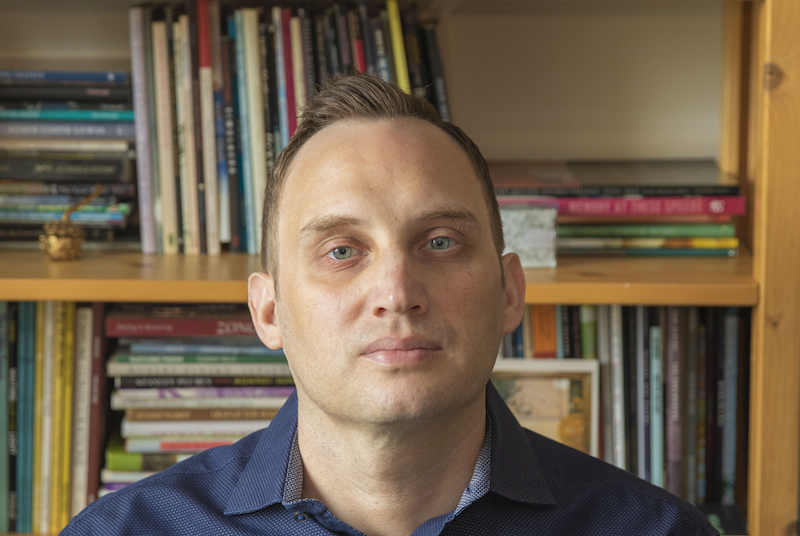 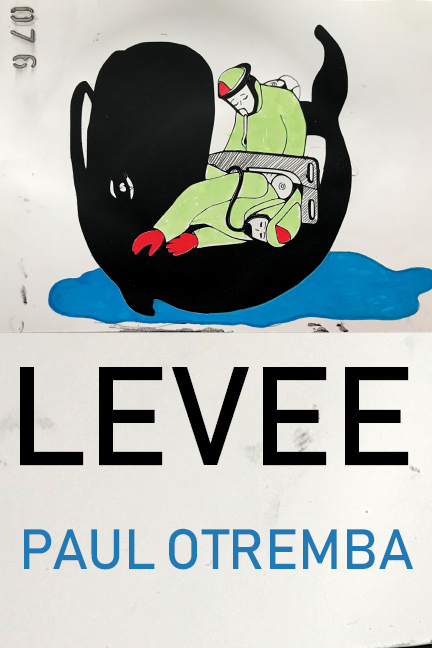 “Levee is simply beautiful: thrillingly intelligent, Keatsian in its restlessness, and filled with love even for the flood-soaked ruins of our America, where the levees of the old order are always giving way. By turns scathingly ironic and heartbreakingly sincere, Otremba has written the poems we need in this new century, and they confirm that he is an essential voice of his generation.”
—Patrick Phillips

“There is absolutely nothing naive in Paul Otremba’s third collection, Levee, which confronts some of the most difficult existential and cultural realities I can imagine, but likewise there is none of the cynicism or easy irony a poet writing in our time might otherwise understandably resort to. These poems, beautifully haunted by John Keats, among others, revisit and query with honesty and vulnerability whether that chiastic equation about truth and beauty and beauty and truth can really still be true."
—Jennifer Grotz

"...Otremba’s command of form and structure, and the scope of his exploration, make this a worthwhile outing."
—Publishers Weekly