“What if the moon was essence of quinine”—Frank Stanford

everyday antidote to numerous maladies my grandmother dranktonic water in yellow bottles—something to do with her restless legsat night or was it the morning in Florida maybe after the Early Bird Specialwhich was actually afternoon with that blistering sun on the Boulevardalong the ocean & then the Intracoastal where signs warned boats propellersfrom manatee since some creature was near extinction, some creature bled—or was it something to do with the girls who had Russian soldiers chasingafter them, since it was always someone during the war or after but no onementioned the war exactly: a story without an end in which they all came to Americato play cards & raise children—my grandmother, you should have seen herat poker in her turban, North Miami so hot anytime including Decemberbut no one minded—not the grandparents, not the children, not the grandchildrensince the humidity was our country: the humidity & the night-swimming,our slick adolescent bodies like dolphins until golf-cart security chased us out,though the condo pool was lit—even when it was shuttered & locked—with underwater domes that pockmarked the surface like luminary moonseven when nothing shined down on the Atlantic up the block where we escapedto dodge man-o-wars on the beach & shiver exquisitely in each other's dark armsthen hopped chain-link fences or tore across metal drawbridges past midnightto florescent elevator banks with someone else's grandmother yelling:I thought you were dead, I thought you were in a ditch, but it wasn't a ditch:we were drunk on strangers who were not strangers: we were the same tribeof survivors, a dream country everyday in this state of ocean & oranges & tattooedYiddish grandparents—so what if at night we were restless and overly-loved& only the sounds of chairs scraping linoleum waiting up: a tissue, a wheelbarrow,the shovels, the camps, the cards, my grandmother asking if I wanted somethingto eat & there I was always saying yes—there's no choice—because in this placeno one is really in danger & no one ever gets full.

Copyright © 2018 by Erika Meitner
All rights reserved.
Reproduced by Poetry Daily with permission. 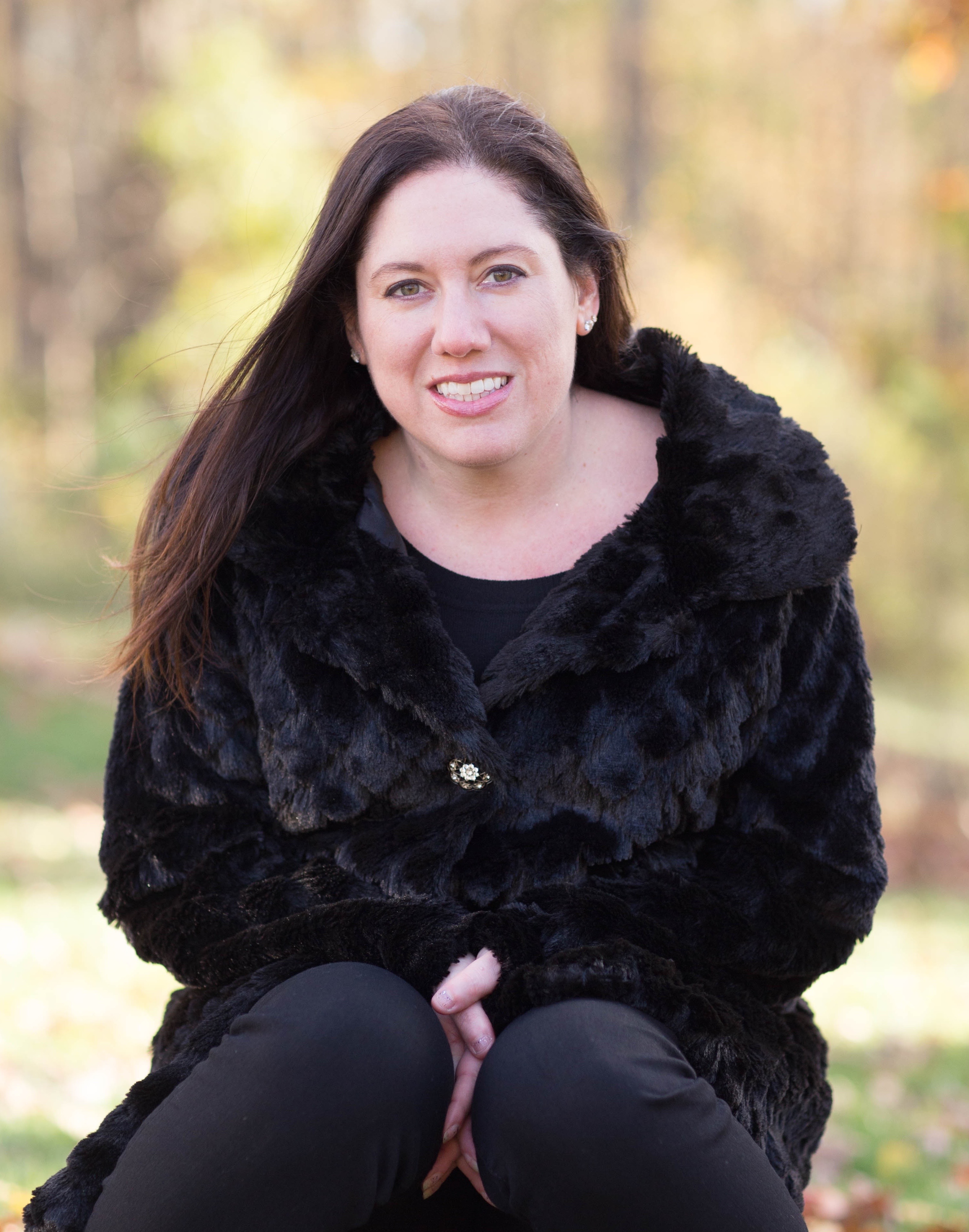 Erika Meitner was born and raised in Queens and Long Island, New York. She attended Dartmouth College (for a BA in Creative Writing and Literature), Hebrew University on a Reynolds Scholarship, and the University of Virginia, where she received her MFA in Creative Writing as a Henry Hoyns Fellow, and her MA in Religious Studies as a Morgenstern Fellow in Jewish Studies.

Meitner is the author of five books of poems. Her first book, Inventory at the All-Night Drugstore, won the 2002 Robert Dana-Anhinga Prize for Poetry, and was published in 2003 by Anhinga Press. Her second book, Ideal Cities, was selected by Paul Guest as a winner of the 2009 National Poetry Series competition, and was published in 2010 by HarperCollins. Her third collection, Makeshift Instructions for Vigilant Girls, was published by Anhinga Press in 2011. Her fourth collection of poems, Copia, was published by BOA Editions in 2014 as part of their American Poets Continuum Series, and her newest collection, Holy Moly Carry Me, was also published by BOA Editions in September 2018. Holy Moly Carry Me is the winner of the 2018 National Jewish Book Award in poetry, and a finalist for the 2018 National Book Critics Circle award in poetry. 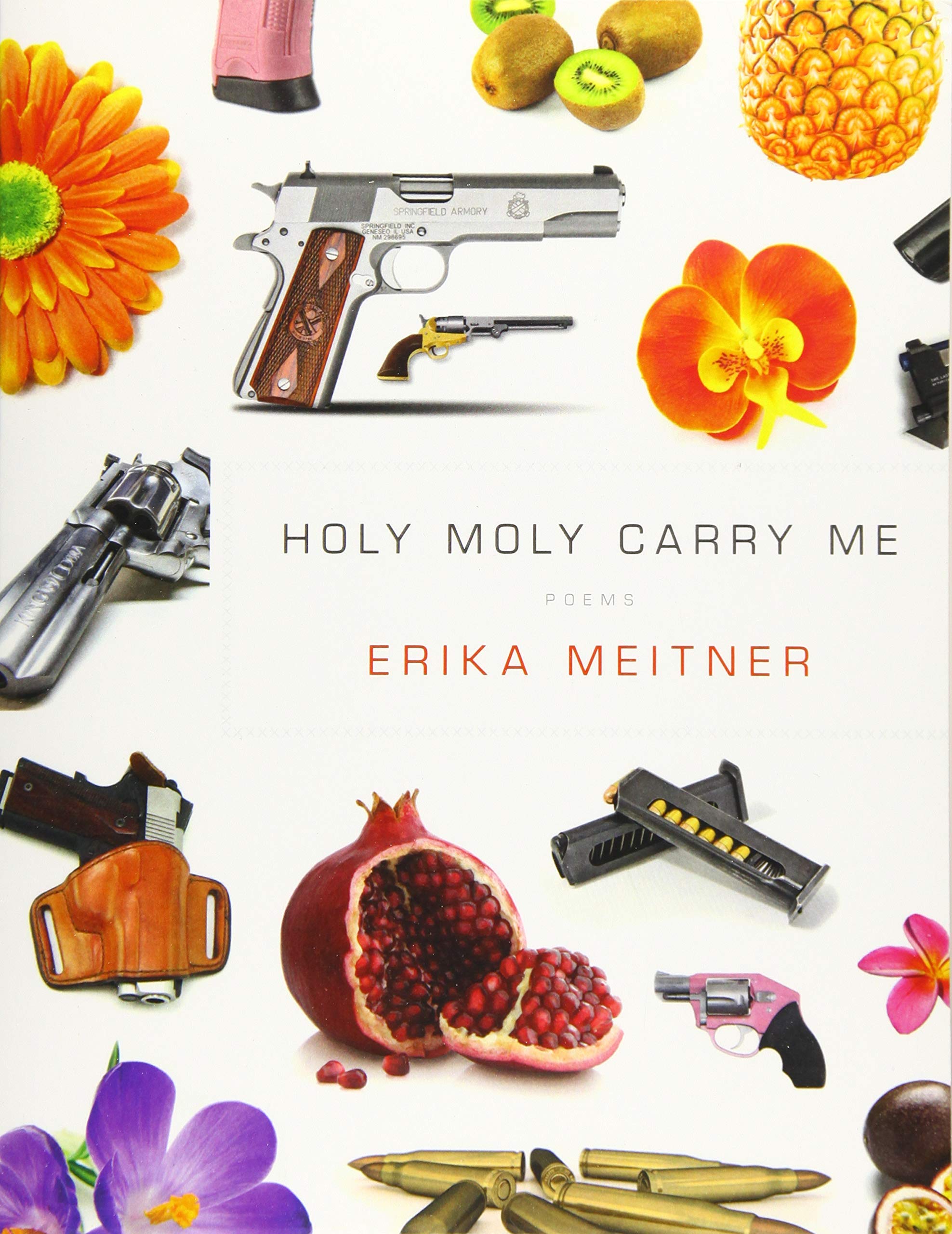 “Erika Meitner is the quintessential 21st century storyteller, bearing witness from the vantage point of a social critic with heart, humor, and an incomparable voice. Holy Moly Carry Me is an urgent document of our complex ties with the past, and the dangers of letting histories, private and public, repeat themselves. She reminds us that ‘We are under the care of each other and sometimes we / fail mightily to contain the damage.’ This collection is Meitner at the height of her powers.”
—Carmen Giménez Smith

“Holy Moly Carry Me is a triumph! In these formally dexterous poems Meitner vibrates wildly between the song & the document, exploding the shadowy space between history & memory. The opening poem tells us, ‘There are holes in all of these stories—open-mouthed gaps in the fence, a singing presence.’ The voices in this books fill those gaps with a brilliant & difficult noise. In this necessary unprecedented book Meitner has assembled the materials of our apocalyptic present & past and invites us in to revel & quake with her.”
—sam sax

“In the stunning, exact, and haunting book Holy Moly Carry Me, Meitner’s strong signature voice is on full display, but with a complex empathy for the violent, messed-up world. These are powerful poems that wonder, ache, fear, question, delve into history, and somehow never stop praising the human capacity for survival.”
—Ada Limón