Evidence of the Journey

After the search for the depression gene endedin disappointment, after the failures of lensand bench I went to the world, watching firstabove tall grasses the white rumps of deerfloundering like the sails of small boats in troublejust before they vanished into spruceswhich ate them like a storm; listening firstto the timbre of crows' argument in drizzle,then measuring the angle at which their legs hunglimply as they flew to the cities, where I traveledfrom ward to ward cataloguing the scars of unknownorigin, recording the contortions of my own facein the steel curvature of bed rails. What had I hopedto gain? To shake the chaff from this drab bouquetof data, crush the seeds with mortar and pestle,toss them to the breath at the ocean's lip?I was no different from the prisonerpassing time, carving the bar of soapin the likeness of his guard.                                                            I stood outsidethe husk of Coventry Cathedral the way I've wishedI could outside myself. Within the cavityof lacework and melted lead, a tatter of red glassthrobbed like a living organ in charred ribs.The old man beside me was crying. Hewas eighty-seven, had pumped water fromthe shelters underground as bombs poundedthe city through the night, "In the morningI could have cried," he said. And I consideredthe difference between the consequences of violenceand the violence itself. His name was Morris Mander.It was raining. I had my picture takenwith him. There was no roof, and rainwas falling gently inside the empty church.Pham Thai Phuc, our neighbor's fosterdaughter: thirty years ago, I marveledat the X's down her leg, the healed incisionof fifty-caliber bullets. I'd heard her sobbingwhen I spent the night, in her sobs the soundof geese flying through clouds of driving snow.Arriving or fleeing? What would exile bewithout memory, if one could forget the placerefused, the place departed, and return a stranger?Poker on the floor, whiffleball in the yard,we watched her grow from walker to crutches.She was sent back to her village before the warwas over,                    before the black levy was builtagainst the tide of names hers would notbe among, even though she vanishedmore completely. Why have I searched its chiseledlist as I would a giant aquarium, its swarmsof orbiting fish, or a window at night, snowflakeslike sparks in the floodlight's beam? To saymirror is only half the story. Standing there,it was easy enough to ignore myself, to seeinstead a ladder from a great height, the descentprecarious, impossible to read one panel'shuman rungs, to say each life withoutlooking down, a foray into the territoriesof drama.                    A friend adapting The Women of Troycast refugees from the wars in the formerYugoslavia, governed twice the peopleneeded for her play—a spare for everyactor; if one broke down, another could takethe script, continue—human bookmarks inthe spine of what has been, what must betold again. Better that evidence than theseticket stubs shoved between the pagesof my burning calendar, the perpetually obsolete.Enough of the ancestors' clothes, which growmore two dimensional on their bending hangers.Let the dust settle on their brogues and boots,the snow on brilliant maples.                                                                Ahead, voluptuousrubble, collapsing banks of wave and cloud:welter of beautiful failures where the sunhas parked a rusting chariot to work insidehis torch's aura, lone welder perchedin the girders of another cold morning,while I retreat into the convenientshortcomings of my omniscience, like the un-heroic narrator of The Firebird describingthe hero's progress, I've no idea how longhe rode. You can tell a story in no time,but it is another matter                                                    to live one.

“Evidence of the Journey” from EVIDENCE OF THE JOURNEY: by Ralph Sneeden.
Published by Harmon Blunt Publishers 2007.
Copyright © 2007 by Ralph Sneeden.
All rights reserved.
Reproduced by Poetry Daily with permission.
First appeared in the October 2003 issue of Poetry Magazine 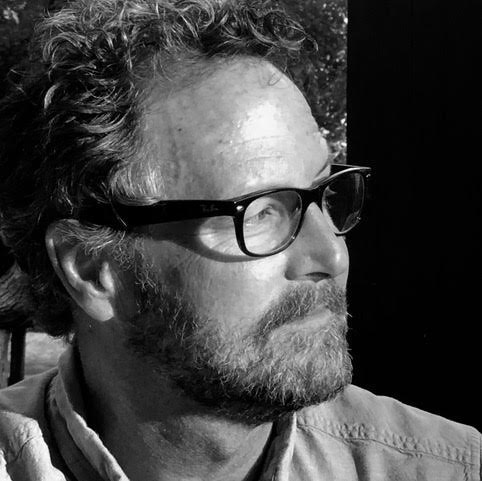 Ralph Sneeden’s poems and essays have appeared in AGNI, The Common, Ecotone, Harvard Review, The Kenyon Review, New England Review, The New Republic, Ploughshares, Slate, Southwest Review, The Surfer’s Journal, and many other magazines. The title poem from his book, Evidence of the Journey (Harmon Blunt) received the Friends of Literature Prize from Poetry magazine, and the title poem of his new manuscript, “Surface Fugue,” was nominated for a Pushcart Prize. Surface Fugue, his second book, is forthcoming from EastOver Press. He was born in Los Angeles, has been a fellow at MacDowell, and currently lives in New Hampshire. 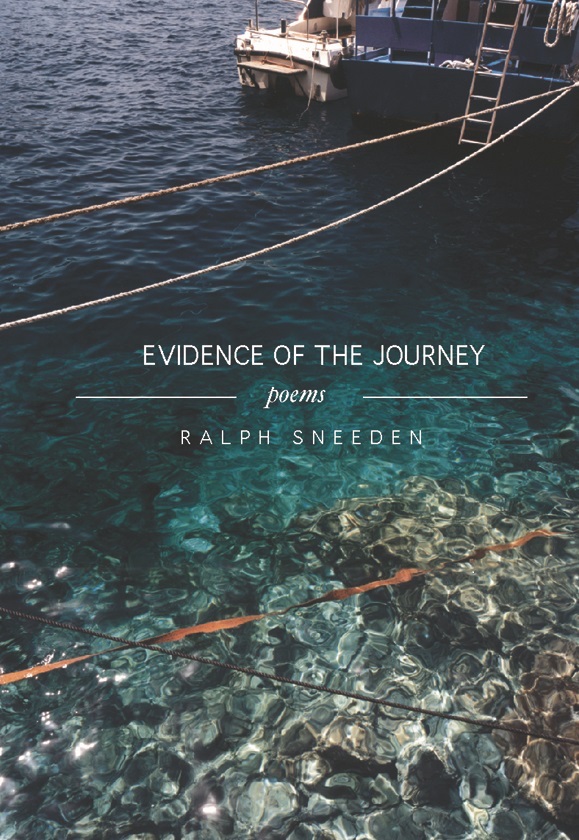 "The closely observed, condensed, true poems in Evidence of the Journey are constantly startling, convincing bulletins from 'the smoldering front lines/ of the home front.'"
—Jonathan Galassi

“Anyone who loves music and dancing has had the pleasant experience of taking ordinary turns with ordinary partners, but there's a thrill of dancing with someone who knows more, who subsumes you with unexpected grace. Turn a few pages of Ralph Sneeden’s Evidence of the Journey and poise, the charm, the energy takes over.  Sneeden is accomplished, versatile, exciting as few poets were born to be.  His voice makes you trust the right way is the way he’s going.  He can be as salty as he likes, he has strength and grip and distance. I loved these poems from beginning to end.”
—Dave Smith