As in a picture book, the roomsfold in on themselves. Timeto turn the page. Low clouds passquick as memories, takingand giving back the sun.This morning, searching boxesagain for nothing particular,for anything at all, I find the moodring bought as a gag gift in a gas station.Didn't I even slip it on your finger?I hope you found the mock proposalcharming, or at least sincere? Our unionwould have still been illegal then.The ring said you were "Very Happy."I hope you're happy, finally unhaunted, now.My mother used to say that—I hope you're happy. Of course,she meant something more likeJust look at the mess you've made!Though she was also willing to sufferso another might know joy. I tried it on.The color turned "Unsettled."Well, it is the month of your birth.Almost time to turn back the clocks.This afternoon, like an alarm,a thunderstorm rolls in. And thenanother sunset that stuns.

Copyright © 2018 by Wayne Johns
All rights reserved.
Reproduced by Poetry Daily with permission. 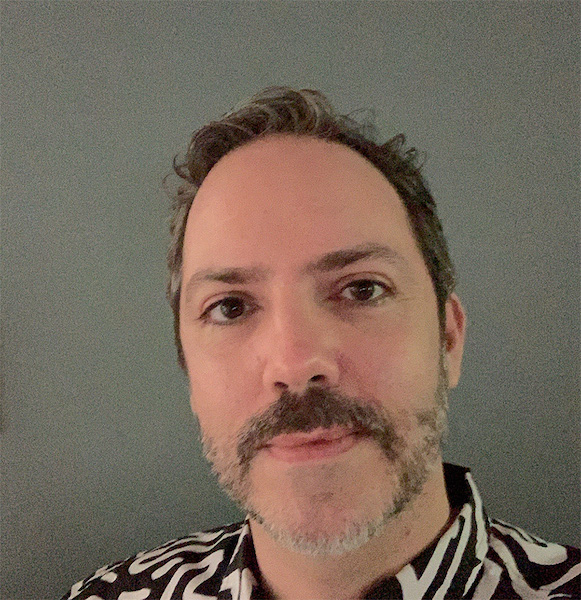 Wayne Johns’s first book of poems, Antipsalm, received the Editor’s Choice prize in Unicorn Press’s First Book Series and Honorable Mention for the 2019 Brockman-Campbell Award from the North Carolina Poetry Society, given for the best book published by a North Carolina native or current resident. He is also the author of two chapbooks, The Exclusion Zone, which received the Rane Arroyo Prize, and An Invisible Veil Between Us, which received the Frank O’Hara Chapbook Award. His poems have appeared in Best New Poets, Verse Daily, New England Review, Ploughshares, Image, and Prairie Schooner, among others. A former Lambda Literary Fellow in Fiction, and Kingsbury Fellow at Florida State University, a recent short story can be found in Every True Pleasure: LGBTQ Tales of North Carolina. Find him online at: wayne–johns.com 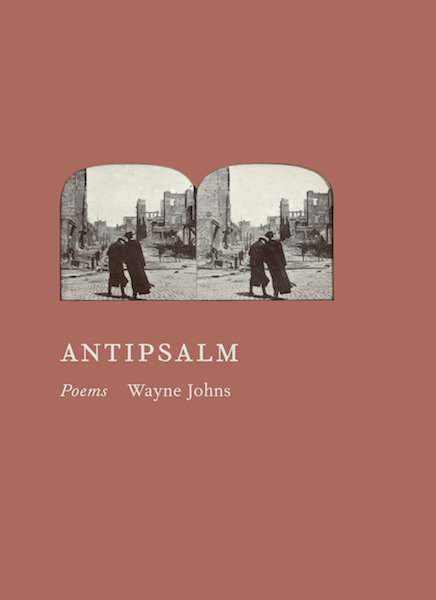 “Spooky, devastating, and ultimately tragic, Wayne Johns’ Antipsalm is as real a love story as you’re going to find. Its sinuous weave of story and song lures the reader to resurrect the fragments of a buried past: the object here is to rifle through drawers, study their remnant coins and photographs, leaf through old papers, and uncover, ultimately, the face of the beloved. I am so haunted by the beauty of these poems, my hair stands on end: Antipsalm pulls the ghosts from out the walls.”
—Cate Marvin, author of Oracle

“I‘m not sure if Wayne Johns is a master of or a slave to the elegiac mode. I do know that the poems in Antipsalm are religiously devoted to their search for proof that romantic love amounts to more than longing and that death isn’t the only possible end to such longing. Much has been said about the spiritual impulse in poetry, but Johns adds a fresh voice to that long tradition, and that voice sings with a singular resonance. What a brilliantly well-crafted and heartbreaking debut!”
—Jericho Brown, author of The Tradition