As designated translator, I taste saffron, gold coins,a slight burning. Since I’ve returned, there has been lessof me in English. Though return always meant measuringthe earth’s door, tongue ozoned and still learningto stretch between here and home. Sah, my nativespeech is like a window sash pulled up wa down.Sah, I shift phrases without thought. Classmates tiltat my returned self like I grew horns, can shoot bombsout my ass. Like they want to dump me in ma’a,watch me float like a witch. When I Arabic my waytowards them, they pat my back in case I hack mucuswa dem. What do you call a word the mouth has forgottento push out, stuck by the tonsil’s entrance, squirmingto be sound? Speech becomes a slagged pot I bang crudebeats on. I long to play a song that doesn’t terrorize,a song that’s understood. The mushkila is I am a surgingcurrent of feared language. Words have stopped arrivingeasily. Was it Rumi who said silence is the languageof God and all else is poor translation? I am notmithluhum. I can’t properly translate myself,                                    part I hush tongue my floats lake settled a so                   need I steam senseless of shrouds spout and lips my              don’t I proof need I with accent my sink to dictionary a               .sense make still can I that cooing blurred a like soundI lie about my D in Algebra. Turn, She daydreamsduring lessons into, Qaluu I pay attention to detail.Turn, She’s suspended for fighting into, I’m such a goodstudent, they gave me a day off. Each rephrasingPinocchios my nose. I am out of breath from so much code-switching, crunching the sand it leaves my teeth.When threatened with a call home, I shrug, Taib.Go ahead. They’ll say, yes yes, but won’t yafhumun,will ask me about it later so I can twist it. At dinner,Baba tells a story of his childhood in Yemen.About catching a wild fox with his cousin—Arabicthe medium through which his body can return home.I drown him out. Ana asif, I don’t mean to. It’s only thatmy languages get mukhtalita, and when he talks it soundsmithl poetry. So when I hear a line about a lost,sly animal, I am struck mute. $ink he means me. 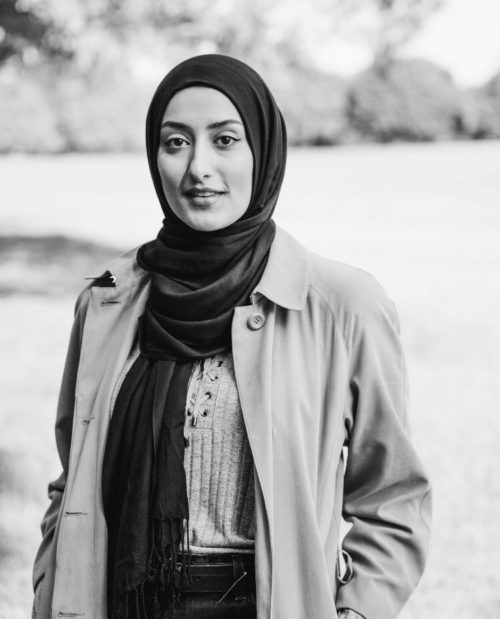 Threa Almontaser is the author of the poetry collection, The Wild Fox of Yemen (Graywolf Press 2021), winner of the Walt Whitman Award from the Academy of American poets and nominated for the National Book Awards. 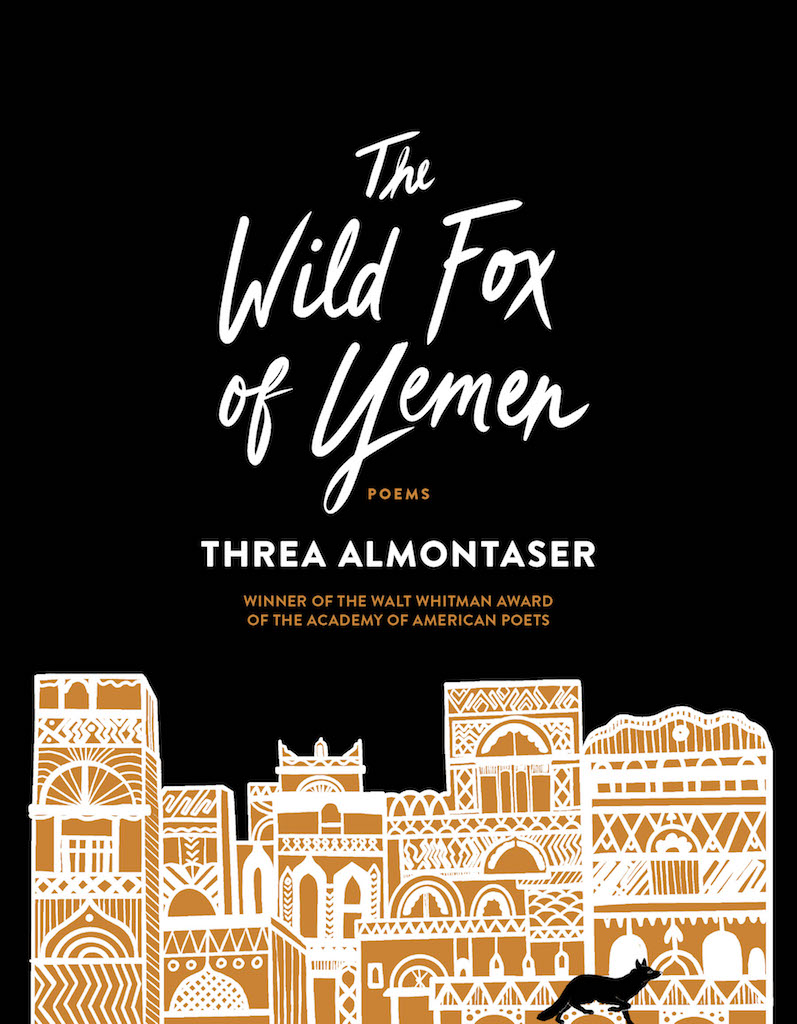 Winner of the Walt Whitman Award of the Academy of American Poets, selected by Harryette Mullen

“The spirit of Whitman lives in these poems that sing and celebrate a vibrant, rebellious body with all its physical and spiritual entanglements. Formally and linguistically diverse, these bold, defiant declarations of ‘reckless’ embodiment acknowledge the self’s nesting identities, proclaiming the individual's intricate relations to others, the one in the many and the many in the one. Ultimately, they ask how to belong to others without losing oneself, how to be faithful to oneself without forsaking others. Exuberant dialogues incorporate communities of known and unknown interlocutors along with translations of the Yemeni poet Abdullah Al-Baradouni.”
—Harryette Mullen, judge’s statement for the Walt Whitman Award