How the Jellyfish Prospered

It's August in New York& my lover's alarmsiphons me into the kitchenas the room fills with clouds.I don't mind poetry, not even here,telling you I forgot the glass bottle in the freezerof all places, shards I'll have to pickaxewith a butter knife.How did I——when?There is no question like the body.I collect its fragments. My little butter knife /chip / chip / chips. Angel folds her armsaround me while I sift through blue freezer light.Somewhere far beyondjellyfish bob on a wave while I gather shrapnel.My teeth chatter.Tears polyp at the sudden thought,Thanks to this double-edged salt,by the time I'm 50, will I rememberanything at all?The butter knife speaks: yield.Yield.Who needs memories when you havearms around your waist?I wed each waveas it hits me.

Copyright © 2019 by Shira Elrichman
All rights reserved.
Reproduced by Poetry Daily with permission. 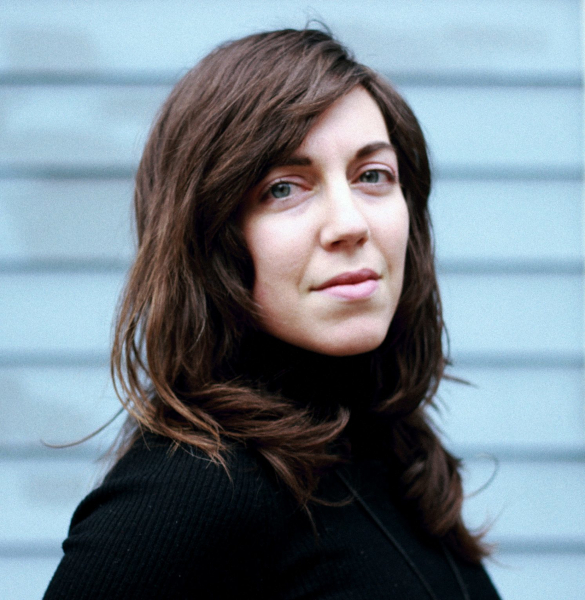 Shira Erlichman is a writer, visual artist, and musician. A three-time Pushcart Prize nominee, her work has been featured in The Huffington Post, BuzzFeed, Nomadic Press, The Rumpus and PBS News Hour’s Poetry Series, among others. She earned her BA at Hampshire College and was awarded a residency by the Millay Colony, the James Merrill Fellowship by the Vermont Studio Center, and the Visions of Well being Focus Fellowship at AIR Serenbe. Her first children’s book Be/Hold will be released by Penny Candy Books. She is half of the Odes for You Tour with poet Angel Nafis. As a musician she’s performed across the US, sharing stages withTuNe-YaRdS, CocoRosie and Mirah. She’s independently released seven albums, including SubtleCreature which premiered in BUST Magazine and was hailed as a “spectacular mystery.” Born in Israel, raised in Massachusetts, she now lives in Brooklyn. 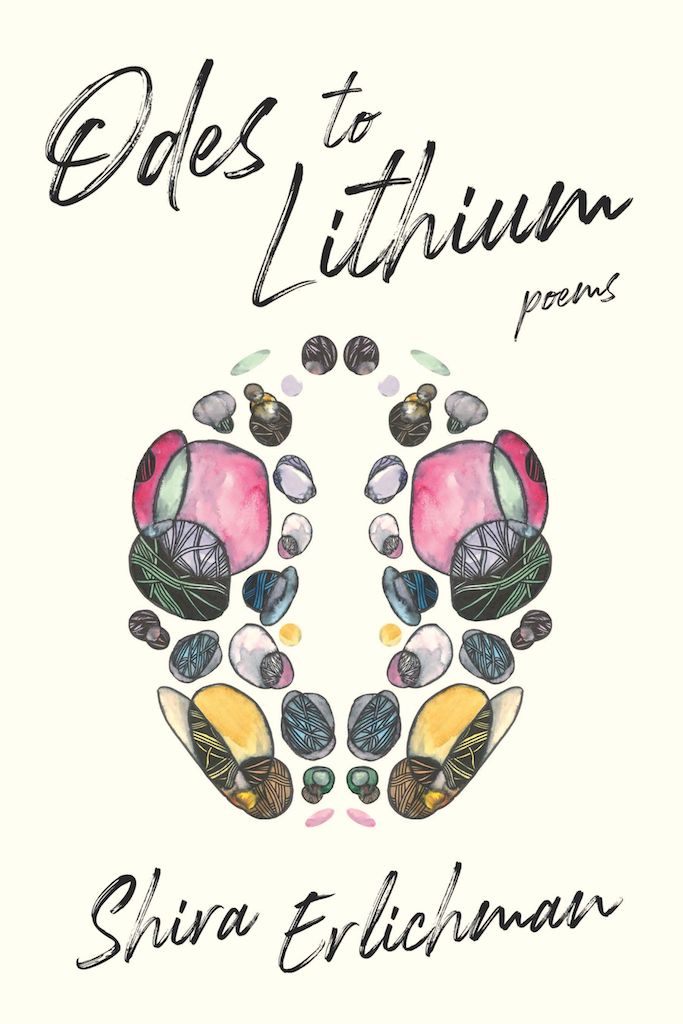 In this remarkable debut, Shira Erlichman pens a love letter to Lithium, her medication for Bipolar Disorder. With inventiveness, compassion, and humor, she thrusts us into a world of unconventional praise. From an unexpected encounter with her grandmother’s ghost, to a bubble bath with Bjӧrk, to her plumber’s confession that he, too, has Bipolar, Erlichman buoyantly topples stigma against the mentally ill. These are necessary odes to self-acceptance, resilience, and the jagged path toward healing. With startling language, and accompanied by her bold drawings and collages, she gives us a sparkling, original view into what makes us human.

“Shira’s poems transmit experience that nearly defies language, leaving the reader drenched with a new reading of the human: the effects of the mind’s rupture, the enigma of the body’s messages, the terror of one’s own infinitely ingenious yet alien logic. The voice of these pages comments wryly on others’ wary, frightened reactions that increase anguish in the name of helping. The poems trace encounters with mental illness that could not be encompassed by anything but Shira’s honed and startling language and her visual accompaniment of images, each page burnished into a glittering object.”
―Annie G. Rogers, Ph.D., author of A Shining Affliction, The Unsayable, and Incandescent Alphabets

“Odes to Lithium is a remarkable book: it is beautiful, deeply perceptive, haunting, and original. It is wonderful.”
―Kay Redfield Jamison, author of An Unquiet Mind and Pulitzer Finalist, Robert Lowell: Setting the River on Fire