I want to tell you what poverty gave me—

a life outside capital, though I know it doesn’tseem to make sense, given my grandfather’s knuckles,cold-cracked and smelling always of kerosene,my uncle’s back permanently bent in the shapeit took to lay two decades’ worth of brick.Or afternoons spent shaking down sofasand chairs, fingers slid between car seatand console, seeking coins for a hotdogat Susan’s Market or a pack of my mama’sMerit Menthols or to pay the paperboy,sometimes somebody’s father who neededthe money, too. Maybe the early bus to subsidybreakfast, first time I saw yogurt, heaping pansof the stuff, that sweet, pale purple spoonedinto its compartment on my tray next to a littlebox of some cereal we couldn’t get with vouchers,Frosted Flakes or Fruity Pebbles, and my choiceof peanut butter gone warm and soft or a singlemelted slice of cheese like a slick of cartoonsunshine on white toast. Fresh delights I paid foronly in shame. And look—a line of rocks pluckedfrom the nearest ditch showed twelve shadesof earth from gray to pink, and Nana saidthe one ringed with a stripe of quartz was a wish—lucky, like the park with its pondful of tadpolesor the library’s shelf of mangled pop-up booksnobody could check out but anybody could touch,flat paper and then—turn the page or pull the tab—a world. Maybe it was Gram bringing me thingsshe found in the hotel rooms she cleaned:transistor radio, abridged copy of Kidnapped,and once a waist-high bowling trophy, me winning,no matter whose name was etched in the plate.Or maybe the way we ran a hot bath only once,and together my mother and I dulled its sheenwith Ivory suds, our dirt, before my father loweredhimself into the gone-cool water, how thisnecessary sharing somehow welcomed me nightlyto the difficult world. Maybe my mother holdingmy hand while we, carless, walked through a near-duskblizzard from our place on one side of townto her brother’s in low-income on the other,so we were swallowed and swallowed as we movedthrough undifferentiated space, not knowingwhether the ground beneath us was front yardor sidewalk or street, and when we arrivedin the warm somewhere of my uncle’s apartment—which might have been floating in the oceanor moored on the dark side of the moon, judgingby the blackened windows and the scarcely muted,cosmic howl of the storm—the local news was on,and there we were, I swear it, in the weather report,my mother in her old blue coat, and hiddenunder mine, I knew, was a chain of red crochetshe’d made to join my mittens so they wouldn’tbe lost, and if in that vast wildness we wereso tiny we could barely make out the specksof ourselves, what was this wealth? Practicallyfractal, nearly out-of-body. In this moment liftedfrom time, we were famous to ourselves, beingsin the world not once, but—look—twice, so whoknew, who knew how many times we could appearor where? Maybe that was the winter we livedin a rental without a working refrigerator, cartonsof milk lodged in the snow outside the front door,the stuff always a little frozen when we drank it,those crystals too a magic we made because we could,because we had to. I even ate the snow, in a big bowlwith Kool-Aid, scrappy sub for the Slush PuppiesI’d yearn for come summer, pick bottles to buy.And here I am talking again about buying things,but what I hoped you’d see is that so often—for stretches of days—we didn’t. Couldn’t. Free.

Copyright © 2021 by Melissa Crowe.
All rights reserved.
Reproduced by Poetry Daily with permission. 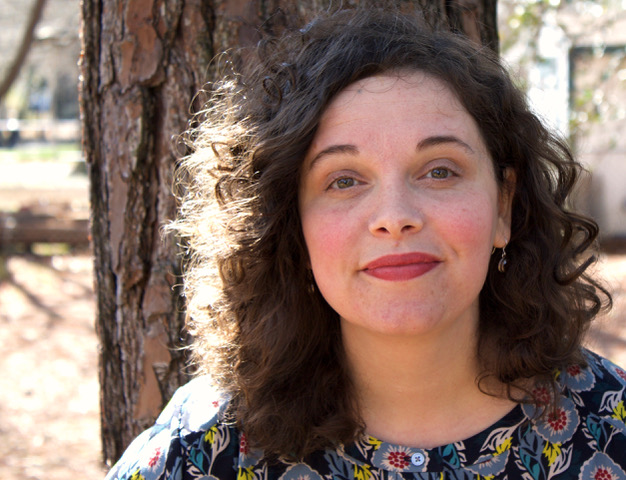 Melissa Crowe is the author of Dear Terror, Dear Splendor (University of Wisconsin Press, 2019). Her work has appeared or is forthcoming in Four Way Review, Poetry, Poetry Northwest, and Thrush, among other journals, and she was the recipient of the 2021 Robert H. Winner Memorial Award from the Poetry Society of America. She coordinates the MFA program at UNCW, where she teaches poetry and publishing. 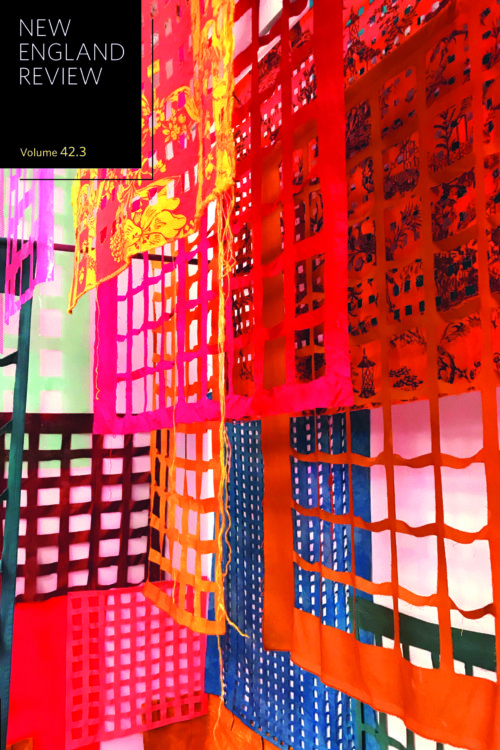 By publishing new fiction, poetry, and nonfiction that is both challenging and inviting, New England Review encourages artistic exchange and thought-provoking innovation, providing publishing opportunities for writers at all stages in their careers. The selection of writings in each issue presents a broad spectrum of viewpoints and genres, including traditional and experimental fiction, long and short poems, translations, criticism, letters from abroad, reviews in arts and literature, and rediscoveries. New England Review exists in a place apart from mass culture, where speed and information overload are the norm. At NER, serious writing is given serious attention, from the painstaking selection process through careful editing and publication, where finally the writer’s words meet up with a curious and dedicated readership.