[In the structure. Hungry. To take the first step. In the water.]

Dolores Dorantes
Translated from the Spanish by Robin Myers

Excerpt from COPY.
Copyright © 2022 by Dolores Dorantes and Robin Myers.
Printed with the permission of the author, translator, and Wave Books.
All rights reserved. 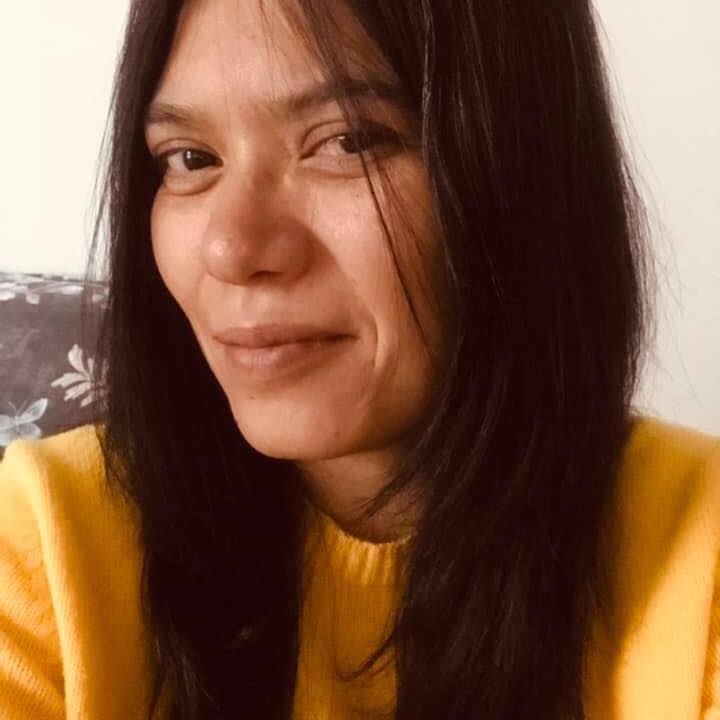 Dolores Dorantes is an Acharya in the Buddhist tradition, a journalist, writer, therapist, poet, performer, and sacred animal. She is a Mexican born in the mountains of Veracruz in 1973 but raised in Ciudad Juárez, right next door to El Paso, which is just across the US border. In 2011, she fled her country and was granted political asylum in Los Angeles. Dorantes is Black and Nahua indigenous on her mother’s side, Spaniard and mestiza on her father’s side. Recent books translated into English are The River, a collaboration with the artist Zoe Leonard, and Style. Her socio-cultural writings and political-social reflections, along with the majority of her books, are part of the commons at www.doloresdorantes.blogspot.com. She believes in a United Latin America. 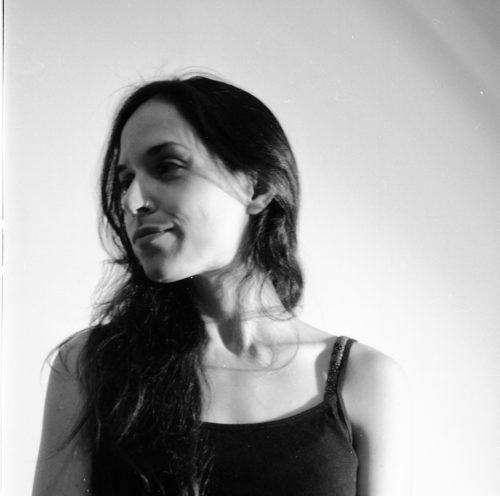 Robin Myers is a Mexico City-based poet and Spanish-to-English translator. Her most recent book-length translations include Copy by Dolores Dorantes (Wave Books), The Dream of Every Cell by Maricela Guerrero (Cardboard House Press), and The Book of Explanations by Tedi López Mills (Deep Vellum Publishing). As a poet, Robin’s work has been selected for the 2022 Best American Poetry anthology and appears in journals such as The Drift,Yale Review, Denver Quarterly, Annulet Poetry Journal, and Massachusetts Review, among others. She is represented by the Willenfield Literary Agency. 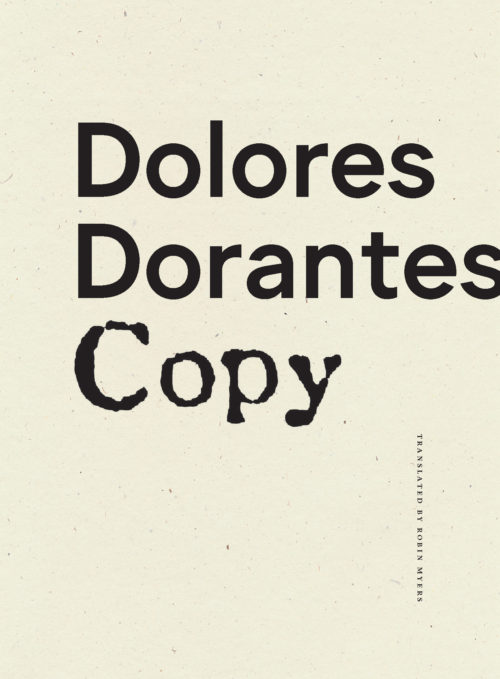 "The writing is elusive and inconclusive, provocative, even brutal. More than anything, it’s enigmatic: Is the above a liberatory invitation? A demanding ultimatum? A delusional mandate? Ultimately, the text asks us to buzz in this ambiguity, in its relentless interrogation of identity and self."
—Diego Baez, Harriet Books, Poetry Foundation

"I like to think of the poems and their fractured sentences as evidences of memory and its various permutations, true to Dorantes’ fixation with replications and semblances. Copy seems like a study of memory’s assembly, its deconstruction and shattering, its reconstruction—based on fragments, sounds, smells, faint and blurry images. This reconstruction, however, is perhaps better defined as the betrayal of memory, an anti-memory. The recollections encapsuled in Copy are but assumptions, notions, hunches, so vague and shapeless and indiscernible as to be unrecognizable. Instead of an answer, Copy’s images and scenes are questions."
—José Garcia Escobar, Asymptote