We're walking around the field by my house, Dion and I—her dog pulling at the leash, collecting, no doubt, an arrayof ticks in her bristly white fur—when we come uponthe half-eaten leg of a deer, gnawed clean along the thigh bone,the calf still covered in its thin scrim of flesh and tawny fur.The dark hoof, a fatted arrow pointing uphill, toward where,we imagine, the rest of the deer might lie—a doe, I'm thinking—deep in a grove of eucalyptus, carried off in the jawsof a mountain lion. Dion pokes at the bone,says, Don't you want to keep it! Look at that hoof!The dog rolls around in the nearby grass, baskingin the afterdeath, wanting to carry a whiff of itlike a fine cologne. We keep circling the field,coming upon fresh remains: the russet feathers of a hen,fanned out, the plasticky stems still wadded together.Past coyote scat. Then back to the leg. I turn to Dion, say,I think it's yours. Take it.She's had some parts replaced. At least one hip. I'm hobblinga little on my bad ankle. Even on a good day, we're both fair game.I look down the hill at the rusted tractor, fruit fallenfrom the apple trees, haloed by a buzz of wasps.We walk farther up the slope, over thistles and clumpsof dandelion, lean down to the stippled earth,and revel in its decedent decay.It's hot. The dog digs at a gopher hole. A hundredmiles away my sister-in-law is growing a small bouquetof errant cells in her left lung. Others on her spine, her ribs.No one else has her exact rasp of voice, her hands,their stacked gold rings, her freezer full of turkey broth,her wonky, bunioned big toe. Her long black hair.Her life, the one she kept on living aftermy brother died. Catching babies, cutting the rubbery cord,wiping the bloody vernix from their brows.I think of how I've come to call her sister, droppingthe suffix. We've known each other sinceshe was three and I was six. And I don't knowwhat a sister is if not an other, a fragile mirror, spaceof tenderness. Female, and mortal, and afraid.I watch as Dion takes a stick and digs aroundin the same hole as the dog, who is now sniffing the loose dirt.Sisters, I think, of the two of them, the woman and the dog,happily engaged in their unburying.And somehow, walking in silence, back the way we came,sisters, I name the two of us, me and Dion,rounding the path down the hill, back home.And when I eye, again, the doe's skinned leglying in the loam, I think, for a moment, Sisterof the scrap that's left.But it's only later, lying awake in the dark,that I picture the tawny shadowskimming the hillside, hidden by a clump of trees.Sister, I think, of the lion that ate her.

Copyright © 2021 by Danusha Laméris.
All rights reserved.
Reproduced by Poetry Daily with permission. 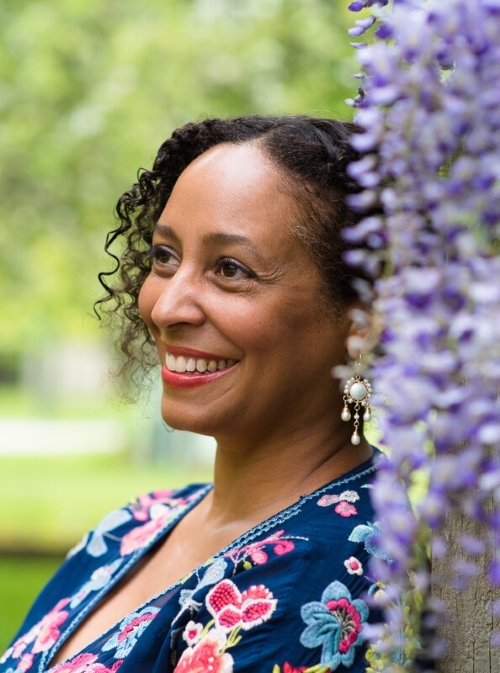 Danusha Laméris’s latest book of poems is Bonfire Opera. She received the 2020 Lucille Clifton Legacy Award and was the 2018-2020 poet laureate of Santa Cruz County, California. 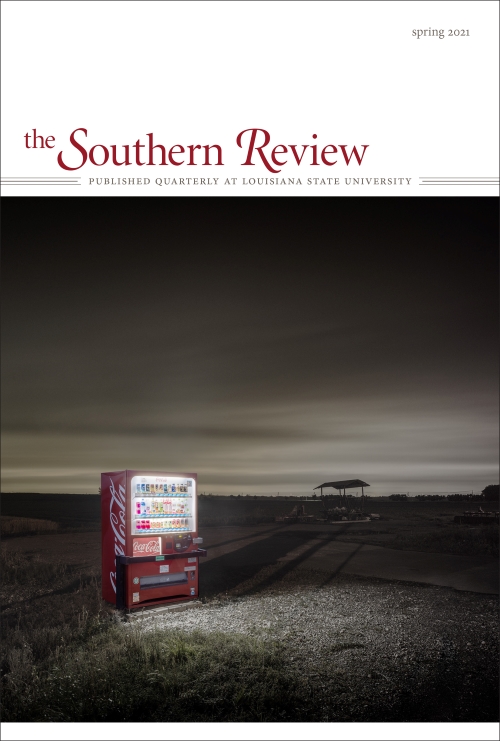 Buy This Book
The Southern Review

The Southern Review is one of the nation’s premiere literary journals. Hailed by Time as “superior to any other journal in the English language,” we have made literary history since our founding in 1935. We publish a diverse array of fiction, nonfiction, and poetry by the country’s—and the world’s—most respected contemporary writers.