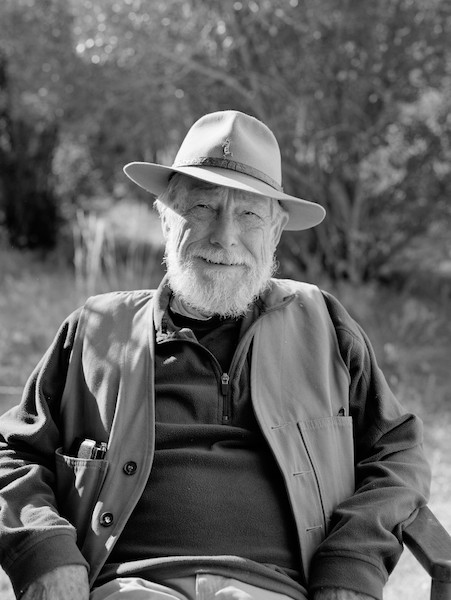 Born in 1930 in San Francisco, Gary Snyder grew up in the rural Pacific Northwest. He graduated from Reed College in 1951 with degrees in anthropology and literature, and later, 1953–56, studied Japanese and Chinese civilization at Berkeley, returning there to teach in the English Department.

Throughout these years, Gary Snyder worked at various outdoor jobs—as a seaman, as a lookout in Mt. Baker National Forest, as a choker setter for a logging company, on a trail crew at Yosemite National Park. These experiences are integrally reflected in such works as Riprap and Myths and Texts. As he has remarked, “I’ve come to realize that the rhythms of my poems follow the rhythm of the physical work I’m doing and the life I’m leading at any given time—which makes the music in my head which creates the line.”

After participating in the San Francisco revival, the beginning of the beat poetry movement, with Ginsberg, Whalen, Rexroth and McClure, Snyder quietly went off to Japan in 1955 where he stayed for eighteen months, living in a Zen monastery.

In 1958, he joined the tanker “Sappa Creek” and traveled around the world. In early 1959 he again returned to Japan where, apart from six months in India, he studied Kyoto under Oda Sesso Roshi, the Zen master and Head Abbot of Daitoku-Ji. He has spent further time (1966–67) in Japan on a Bollingen research grant. In 1969 he received a Guggenheim grant and toured the Southwestern United States visiting various Indian tribes. 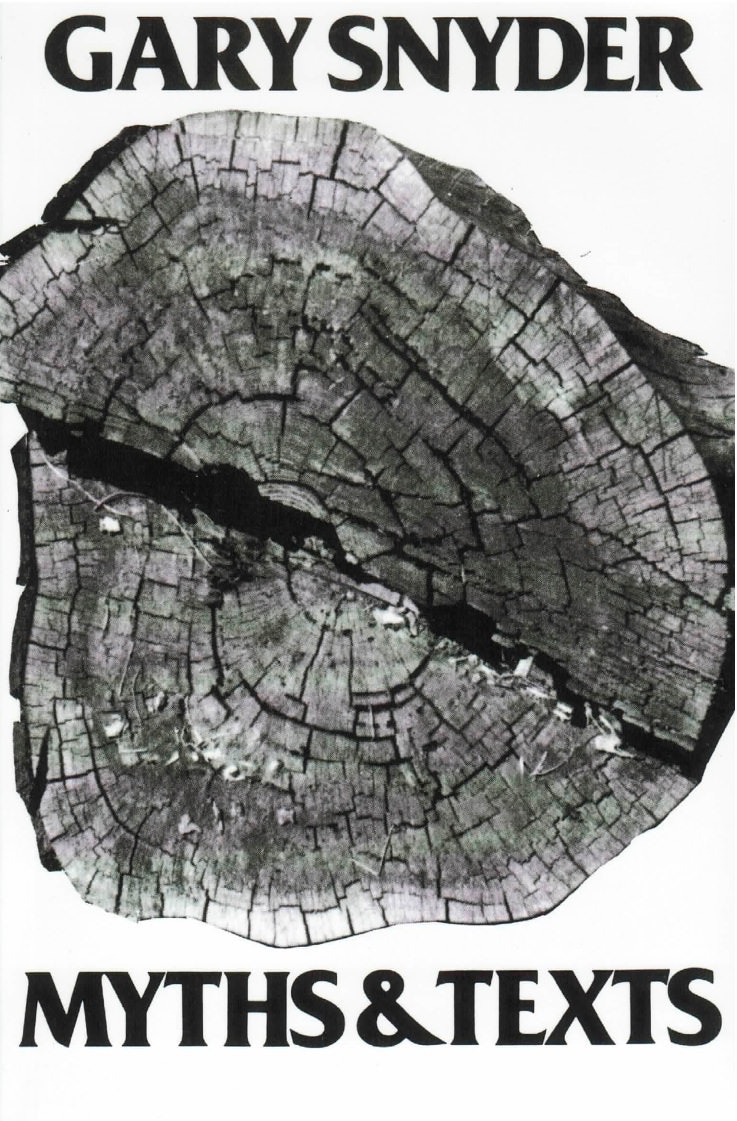 Gary Snyder’s second collection, Myths & Texts, was originally published in 1960 by Totem Press in association with Corinth Books. It has been reissued by New Directions in a completely revised format, with a new introduction by the author. The three sequences in the books—”Logging,” “Hunting,” “Burning”—show the remarkable cohesiveness in Snyder’s writings over the years, for we find the poet absorbed, then as now, with Buddhist and Amerindian lore and other interconnections East and West, but above all with the primeval devotion to the land and work. “I set this poem loose on the world some years ago,” Snyder writes. “It looks like an old friend I haven’t seen in a while… The effort of this kind of poetry remains one of our most challenging enterprises: here on Occupied Turtle Island, we are most of us a still restless population of non-natives who don’t even know the plants or where our water comes from. Myself, raised in the West, in the basin of Puget Sound, what some poets now call Ish Nation, set out like everyone else, to make sense, and to find somehow a way to actually ’belong to the land.’”