Gloria Gervitz
Translated from the Spanish by Mark Schafer 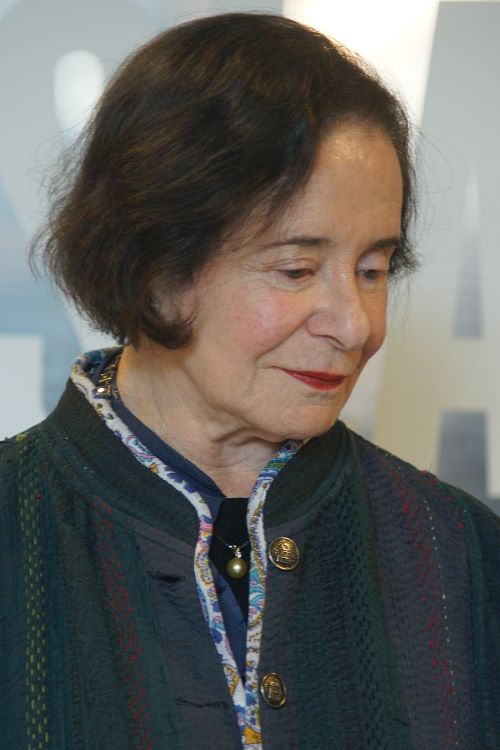 Gloria Gervitz (1943–2022) was a poet and translator born in Mexico City into an Eastern European Jewish immigrant family. She was awarded the Pablo Neruda Prize for Poetry in 2019. Her main body of work is Migraciones, a single poem that evolved organically over forty-four years. Gervitz translated works of poetry by Samuel Beckett, Kenneth Rexroth, Lorine Niedecker, Susan Howe, and Rita Dove into Spanish. 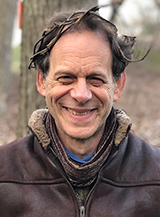 Mark Schafer is an award-winning translator and visual artist and a Senior Lecturer in Spanish at the University of Massachusetts Boston. He has translated the work of authors from around the Spanish-speaking world, including David Huerta, Belén Gopegui, Virgilio Piñera, Alberto Ruy Sánchez, and Gloria Gervitz. Schafer is a founding member of the Boston Area Literary Translators Group. He lives in Roxbury, MA, the traditional and unceded territory of the Massachusett and Wampanoag Peoples. He can be reached through his website, www.beforesaying.com. 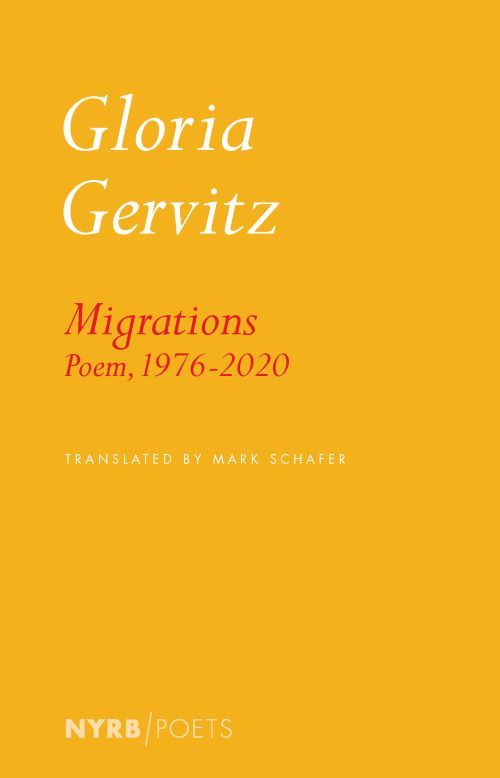 "It is difficult to think of a poetic project like that of Gervitz. Ezra Pound’s Cantos or Charles Olson’s The Maximus Poems come to mind, but perhaps no other modern author has consistently devoted the totality of their work to one single volume, patiently rewritten throughout the years, losing and gaining verses, and constantly mutating. . . . The search for a language able to slide through different meanings in the same line [is] at the center of Gervitz’s poetic project. . . Readers of Migrations find the trace of a life devoted to writing and rewriting—it is a mutating work, written with an ink that aspires to the flowing and dissolvent nature of running water."
—Mauro G. Lazarovich, Harvard Review Online

"Migrations presents the unmistakable, majestic voice of Gloria Gervitz, one of the most powerful and original voices of contemporary Jewish Latin American literature, in all its fullness, and Mark Schafer’s translation does it justice. Mystical, at times wrenching, it is a poem of ancestral as well as modern voices, a poem that should be read slowly as if reading a prayer."
—Marjorie Agosín

"Gloria Gervitz’s Migrations, co-written by death, co-written by eros, is one of the great poems of the twenty-first century. Mark Schafer, her extraordinary English-language translator, has managed to keep hold of this poem through all its bucking, its multiplying, its relentless champing at the bit. Gervitz is a wonder, true, but so is Schafer."
—Forrest Gander