[My favorite time is in time’s other side]

Etel Adnan
My favorite time is in time’s other side, its other identity, the kind that collapses and sometimes reappears, and sometimes doesn’t. The one that looks like marshmallows, pomegranates, and stranger things, before returning to its kind of abstraction. I used to be fond of time as it was a matter that helped us feel intelligent. Those days have gone to where days go, in their own cemeteries. Today I see eternity everywhere. I had yesterday an empty glass of champagne on the table, and it looked both infinite and eternal, though it left me indifferent. At least, I was in good company, and a day closer to all sorts of annihilations.

Excerpted from SHIFTING THE SILENCE: by Etel Adnan
Published by Nightboat Books in 2020.
Copyright © 2020 by Etel Adnan.
Reprinted with permission of the publisher. 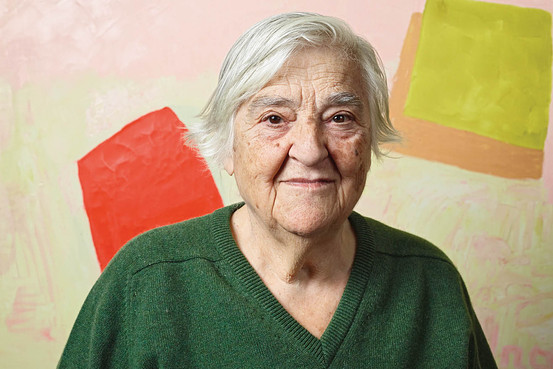 Etel Adnan was born in Beirut, Lebanon in 1925. She studied philosophy at the Sorbonne, U.C. Berkeley, and at Harvard, and taught at Dominican College in San Rafael, California, from 1958–1972.

In solidarity with the Algerian War of Independence (1954–1962), Adnan began to resist the political implications of writing in French and became a painter. Then, through her participation in the movement against the Vietnam War (1959–1975), she began to write poetry and became, in her words, “an American poet.”

In 1972, she returned to Beirut and worked as cultural editor for two daily newspapers. Her novel Sitt Marie-Rose, published in Paris in 1977, won the France-Pays Arabes award and has been translated into more than ten languages. In 1977, Adnan re-established herself in California, making Sausalito her home, with frequent stays in Paris.

Adnan is the author of more than a dozen books in English, including Sea and Fog (2012), winner of the Lambda Literary Award for Lesbian Poetry and the California Book Award for Poetry.

In 2014, she was awarded one of France’s highest cultural honors: l’Ordre de Chevalier des Arts et Lettres. Her paintings have been widely exhibited, including Documenta 13, the 2014 Whitney Biennial, CCA Wattis Institute for Contemporary Arts, The New Museum, and Museum der Moderne Salzburg. In 2014, Mathaf: Arab Museum of Modern Art mounted a retrospective of her work. 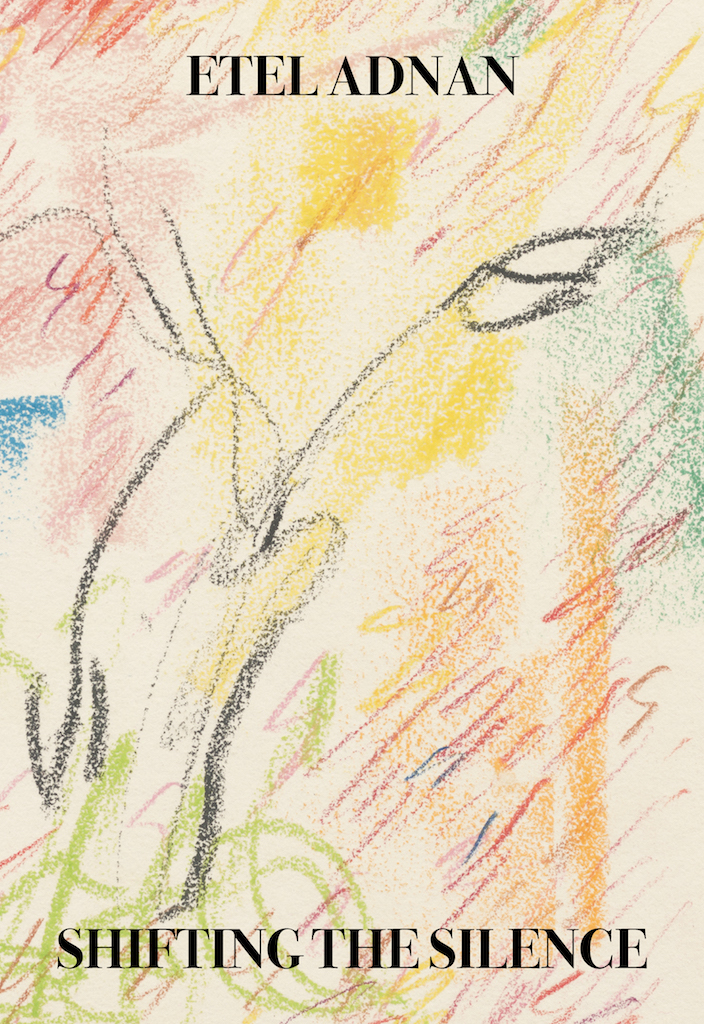 "'When you have no way to go anywhere, what do you do? Of course, nothing.' Adnan’s prose-poetic rumination on death would strike a chord at any time, but it feels especially apt in this moment of protracted grief. Peppered with questions—'There are so many islands I dreamed of visiting, where have they gone?'—Adnan’s lamentations are recursive and soothing. To live is to die, and the poets can ease the passage."
—Nick Ripatrazone, The Millions

"Adnan takes us from our horizons to hers—which, through that 'you,' become ours—and we are an active witness. The sun blends as the horizon blurs eyes send water down the screen of the sky to smudge that descent. Crying is a horizon. The sun ducks and we stare at it to burn a blur through. The blur is movement, not a void. To be shocked into silence isn’t to be stopped."
—Molly Schaeffer, The Poetry Project Newsletter