Nomenclature for the Time Being (excerpt)

What is that advent of blacknessthat is the texture of lilac and barberryBreakability. To be plainto acquire the basic level of existenceall can be lostin that particular resolveTaxonomy thenI wrote everything down, you knownot that it matters. The notes won't survive the searchthey won't survive the opposition to this living. Kingdomhostage, Phylum hostage, Class hostage, Orderhostage, Family hostage, Genus hostage, Species the hostage * Kingdom ore, Phylum lenticular ore body, Class refractoryorder refracting, Family lensgenus refractory ore, Species refractionkingdom extracted, Phylum extracted, Class extractorder extraction, Family extracted, Genus extractedspecies extracted I won't tell you my exploits escaping this taxonomyI am grateful to metaphorI won't say what needs to be said, although"contractile fibrous bundle producing movement"I'll leave that thereit was the way the air felt, it * Was the autonomous gestures of a handa shoulder's discourse on effort, thenthe paraphrase a bit of laughter doessomeone walked the way a perfume walksit was what was left after labour, after a timeafter time itself, small, the implicationsIf I opened a door I could transcribe the technologyof a life, its pivot and breach, and jointI know the skill of epiphytesfeet hanging, never touching the groundeating air and grit and moisture, I do all these thingsno attachment. Take this world

“Nomenclature for the Time Being” from NOMENCLATURE: NEW AND COLLECTED POEMS: by Dionne Brand.
Published by Duke University Press in October 2022.
Copyright © 2022 by Dionne Brand.
All rights reserved.
Reproduced by Poetry Daily with permission. 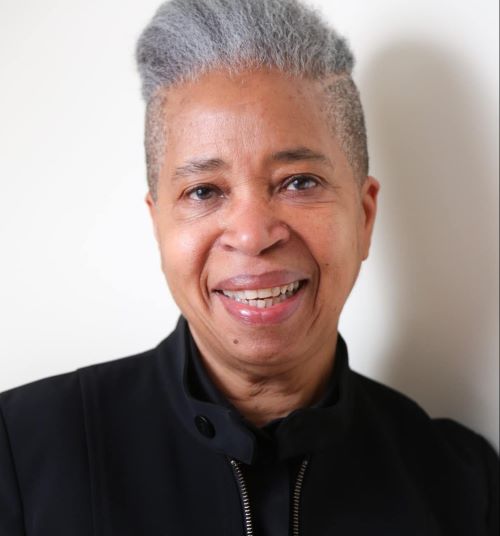 Brand is the recipient of the Toronto Book Award (2006 and 2019), the Blue Metropolis Violet Prize, the OCM Bocas Prize for Fiction, and the 2021 Windham-Campbell Prize for Fiction. In 2017, Brand was named to the Order of Canada. She was poetry editor at McClelland & Stewart from 2014 to 2021. 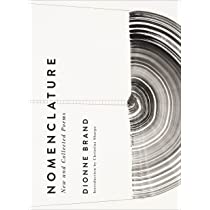 "Through her storytelling and activism, Brand has always found ways to respond to and reflect the times. One thread remains clear in her work: Her commitment to Toronto is her commitment to people, histories, stories and the expressions of this place and beyond. The city might try to cling to the poet and all of her magnificence, but Dionne Brand is still imagining better worlds."
— Huda Hassan, Chatelaine

"Taken together, these poems reflect the work of someone aching to find a place where 'to be awake is / more lovely than dreams.'"
— Layla Benitez-James, Harriet

"Nomenclature is driven by sedate yet sparkling agonies that invent and occupy the limbo between blues spaciousness and frenzied free improvisation. . . . How does a black poet deliver her perspective ceremoniously, as stark ritual, without pandering to the expectation that she dress these deliveries up in myths and larger-than-life antics so that readers do not feel implicated by direct address? Brand shows us how by doing just that and whether or not the revolution she imagined comes, this is a revolutionary act, to not act but to be so precisely that each small degree of change rivets and ripples as a self-contained justice that needs no codifying in outside laws."
— Harmony Holiday, 4Columns