Valerie Mejer Caso
Translated from the Spanish by Michelle Gil-Montero

The sky in its ultramarine hour frames that tremendous, impossiblemoment when the stores close. The seamstresses turn to other seams.It hurts, that stink of workers who embroidered flowersto dress bodies flawless and flawed. Impossible,the light of that preterit world in tulle and cotton.A room stuffed with the promise of dances. My nieces, with no fatherto see them leave the house like that, dazzling, orphan.Sun outside the store, powerless to penetrate that room.That hulking lack, and living with it. Canvas and paper.What I write today along the edge of the unsaid. 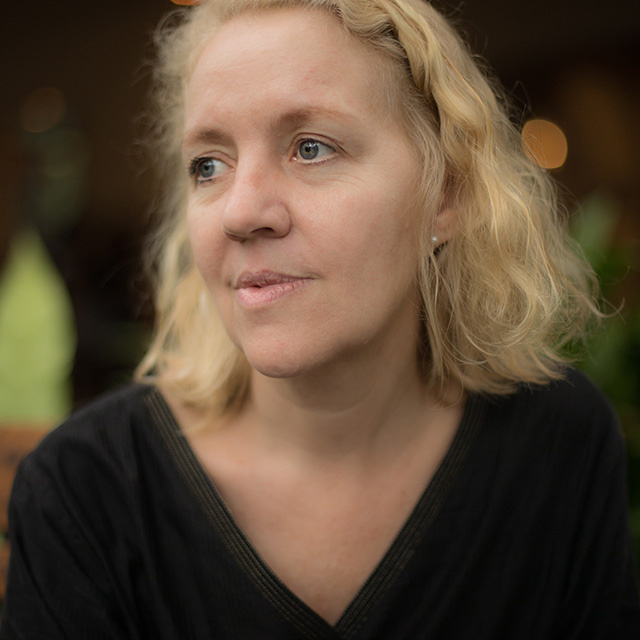 Painter and poet Valerie Mejer Caso was born in Mexico City into a family of European immigrants. She is the author of the poetry collections Rain of the Future (2013), translated by C.D. Wright, Forrest Gander, and Alexandra Zelman; de la ola, el atajo (2009); Geografías de Niebla (2008); Esta Novela Azul (2004), which was translated by Michelle Gil-Montero as This Blue Novel (2015); and Ante el Ojo de Cíclope (1999). Her book De Elefante a Elefante (1997) won the Spanish Government’s “Gerardo Diego” International Award. Mejer Caso has collaborated with photographers, among them Barry Shapiro and Russel Monk. With the photgrapher D.S Borris, Mejer Caso and Forrest Gander co-authored Time’s Playing Fields, a book about empty football fields in Mexico (Blue Star Contemporary Art Center, TX). She has translated poetry by Charles Wright, Ruth Fainligth, and Pascale Petit. From 2016-17, she participated in the Bienalle of Kochi-Muziris in India, where she exhibited her unfolded book “Untamable Light.” Her poetry has been translated into English, Slovenian, and Korean.

Michelle Gil-Montero is a poet and translator of Latin American poetry, hybrid-genre writing, and criticism. She has been awarded fellowships from the NEA and Howard Foundation, as well as a Fulbright US Scholar’s Grant to Argentina and a PEN/Heim Translation Prize. She is the author of Attached Houses (Brooklyn Arts Press) and Object Permanence (Ornithopter Press). She is Professor of English at Saint Vincent College, where she directs the Minor in Literary Translation. She publishes contemporary Latin American poetry in translation at Eulalia Books. 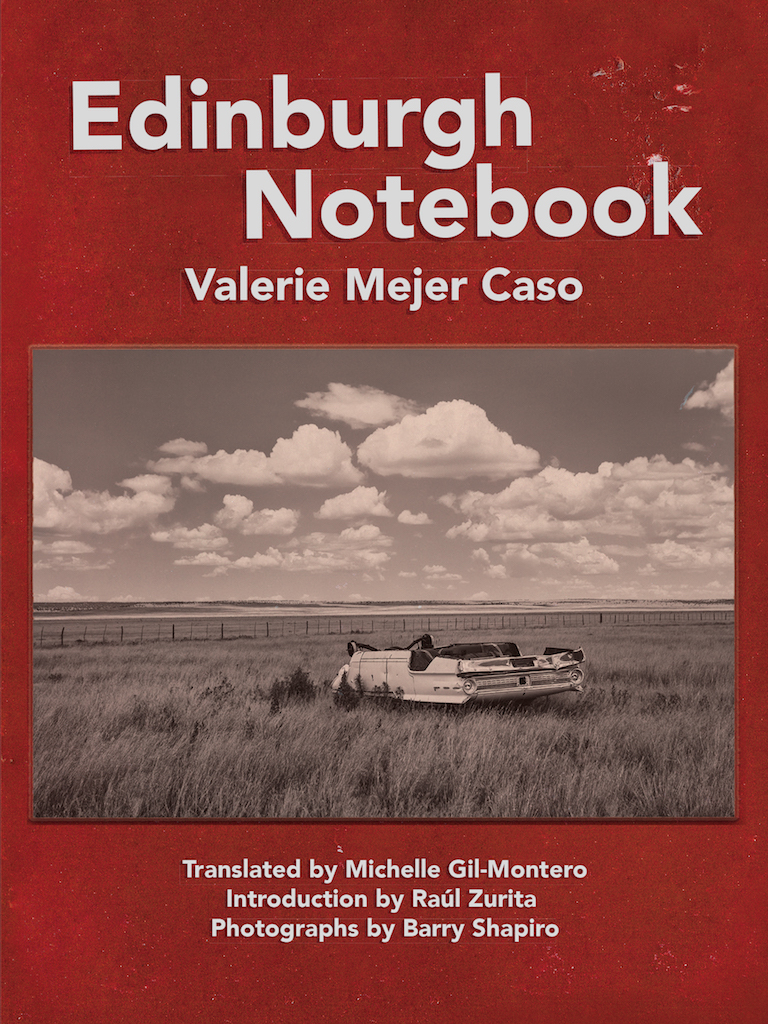 A book-length epitaph for her late brother Charlie, Valerie Mejer Caso’s Edinburgh Notebook is a captivating, startling expression of grief. Following a trail of breadcrumbs, Mejer Caso’s poems shift between memories, cities, philosophies, echoes and landscapes of quicksand, oceans, deserts, apocalypse. Featuring photographs by Barry Shapiro, Edinburgh Notebook contains a profound archive of cultural history coursing with elliptical, illuminating poems. “Even without being / you are what exists and what does not exist, / the looming night.”

"The language that emerges is one pierced by the world and by our actions in the world. Constructed from the limit of experience, these poems have relinquished all rhetorical temptation, any purely verbal exploration, in order to insist on an infinitely more risky investigation: that of capturing the instant just before things turn to shadows."
—Raúl Zurita, author of The Country of Planks