Abdulla Pashew
Translated from the Kurdish by Alana Marie Levinson-LaBrosse

From time to time, sadness fills my throatand pain reaches its limit.Then, I wish to smash my lifelike a wine glass against a stone.But suddenlythe gleam of the thread of a new idea,imagination’s hide and seek,the revival of a blade of grass,the burst of an infant’s laughter,the figure of beauty,the rebellious breasts of an ample womancompel meto take wings from happiness,to beg the heavensto stretch the bridge of my life so longI won’t be able to cross it, even in a thousand years.9.5.1979Moscow 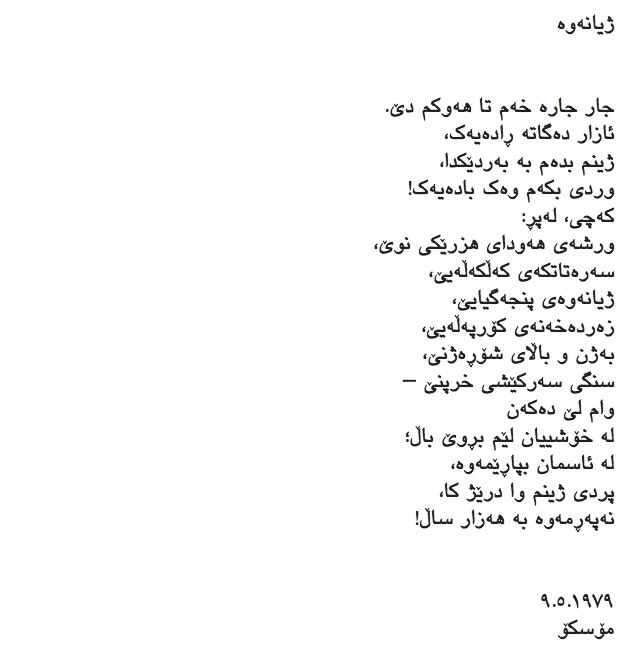 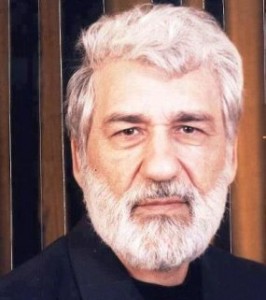 When he gives readings in Kurdistan, Abdulla Pashew draws audiences in the thousands. In addition to his eight volumes of poetry, Pashew is a prolific translator, fluent in Russian and English, responsible for bringing Whitman and Pushkin to Kurdish readership. He holds a master’s degree in pedagogy and a doctorate in philology. Dictionary of Midnight is the first book-length selection of his poetry to appear in English. 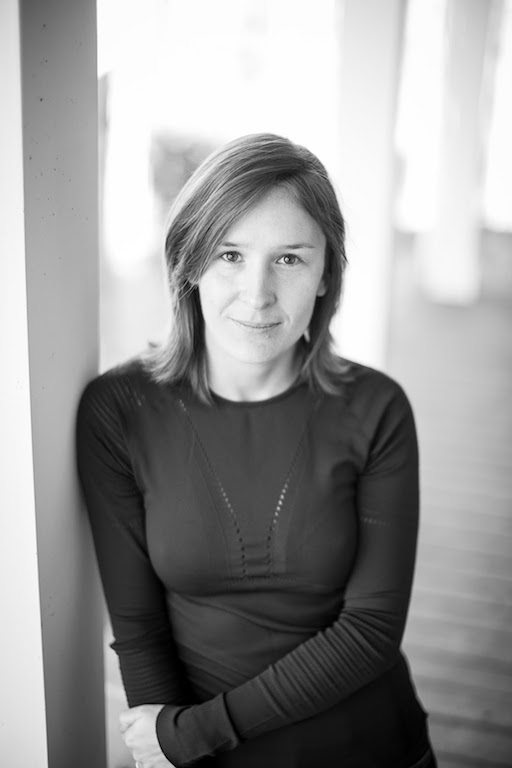 Alana Marie Levinson-LaBrosse is an Assistant Professor in the English department at the American University of Iraq, Sulaimani, where she founded the department in 2011. She earned her PhD in Kurdish Studies at the University of Exeter, specializing in nineteenth century poetry, as well as her MFA in poetry writing from Warren Wilson College and MEd from the University of Virginia in English Education.

A poet and translator, her book-length works include Kajal Ahmed’s Handful of Salt (The Word Works, 2016) and Abdulla Pashew’s Dictionary of Midnight (Phoneme, 2019). Her writing has appeared in Modern Poetry in Translation, Words Without Borders, In Other Words (British Center for Literary Translation), Sewanee Review, The Iowa Review, and World Literature Today. She currently serves as the Founding Director of Kashkul, the center for arts and culture at the American University of Iraq, Sulaimani, as a board member for Zheen Archive in Sulaimani, and was the Founding Director for Slemani City of Literature, having led the city’s successful application to join the UNESCO Creative Cities Network. 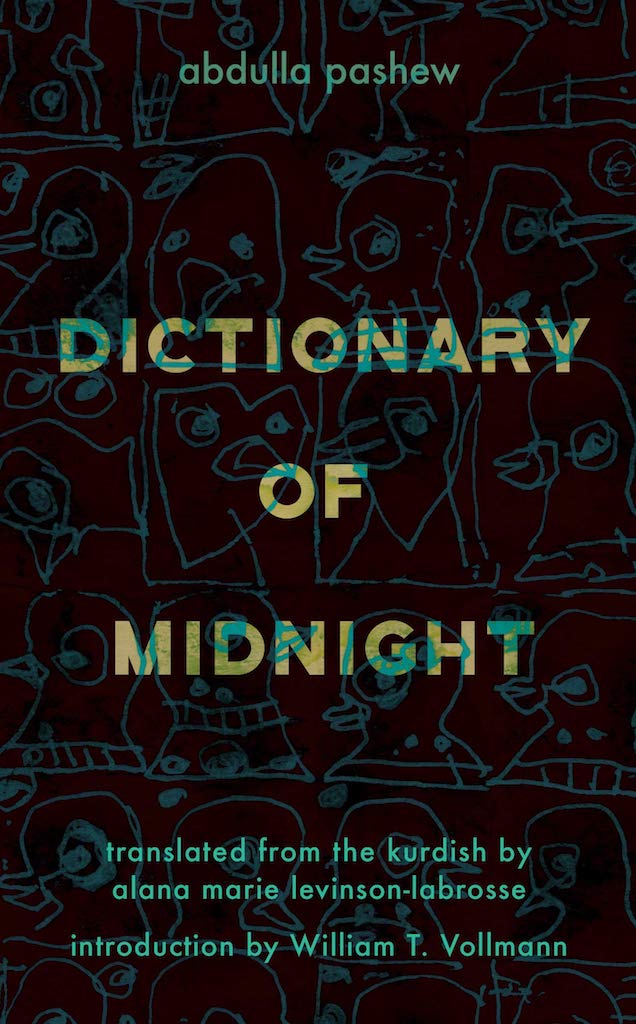 "Dictionary of Midnight shows the lasting haunt of exile, but also the evocative powers of writing as testament to personal strife and a people's lifelong yearning for home."
—Asymptote