Blackness is the ceaselessly miraculous demonstration that there is no black and white, just sun and shade. This insight is serial, over and over, all over the place, as an irreducible element of art consciousness's remedial education, registering the condition that is without remedy. Photographs of people continually getting over the fact that they can't get over reveal their terribly beautiful inability to get over the fact that they do, which is given in looking back in mournful wonder, ahead in worn anticipation. Insofar as the photograph looks back and forth like that in general, its existential condition is given when blackness in play, as the play of sun and shade, is playfully, painstakingly regarded.

The capaciousness of black's color field is actualized out from the outside, all in all, all this insight forming outside inside out. Efforts to achieve black's purity misunderstand its depth of study. In documenting play's concrete abstraction, where abstraction folds in flown documentation, given understandings of abstraction therein unfolded, unraveled, hand delivered, put in play, black is an all but gray blue university—the contemplative eclipse of portraiture and its substructural meta/physics that sociality convenes. It's like a detail in Brueghel that Brueghel left out; or something left out in Brueghel and recovered from and in its immersion in a terrible, projective, illuminating solution of silver and gelatin. Particulate dispersion is applied in the interest of monstrous, ecstatic showing. Faces are held between torn up and hiding, grostesquerie and umbrage. That's our nonparticulate disbursal. The development of excluded essence is a tragedy you render miraculous. What it is to look at black as black, all up in all of it so emphatically that in its absence color is everywhere, is where you carefully, playfully, unsettlingly reside.

What is it to reside without settling? Is that is or is that ain't like being stuck in sweetness, held in life? Black life is like Ife in hell, or on the el, which is the sound of joy, Sun says. Sun who? Son House, I think, unhoused some day in Harlem's bright Mississippi, two little boys drawing out that string in strange, strung out fray. See, their play is fraught, insistent movement, nervous muscularity, mobility that stays, that's all but still, but for the shift in (over)tone. Captured motion's constant flight turns out to always sound like something. The shit is eerie enough for the difference between loud and quiet not to signify. Silence and blackness are more + less than one in this regard, which is often disregarded as the train falls through the trees, the skyscrapers, and everything, and nothing. The sound you see is movement, a resonance of back and forth in falling from partition to partiality, a preference for our social incompleteness, individuation played out, relation exhausted, in obscure, tensile revelation held right here: "Ahhhh. What's happ'nin'?!! What's happ'ninnn? Shit, I know sump'n's happenin'—'cause everything's movin. Baby." Everything's gone. Every photograph is a photograph of that, which an actual photograph of that makes deafeningly clear. It's not that it's not a sin and a shame that Sun and Shade is so beautiful. It's just that black, in being so beautiful, is foregivenness.

A version of this poem appeared in “Among Others: Blackness at MoMA,”
Curated by Darby English & Edited with Charlotte Barat. MoMA, 2019.
Copyright © 2019 by Fred Moten
All rights reserved.
Reproduced by Poetry Daily with permission. 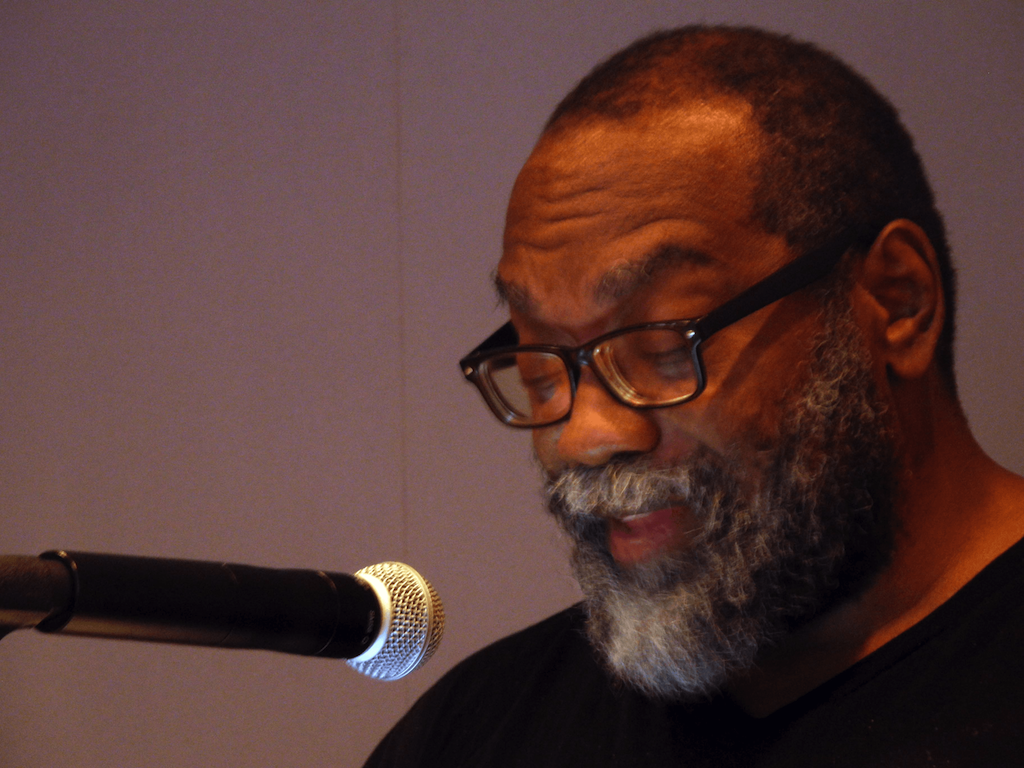 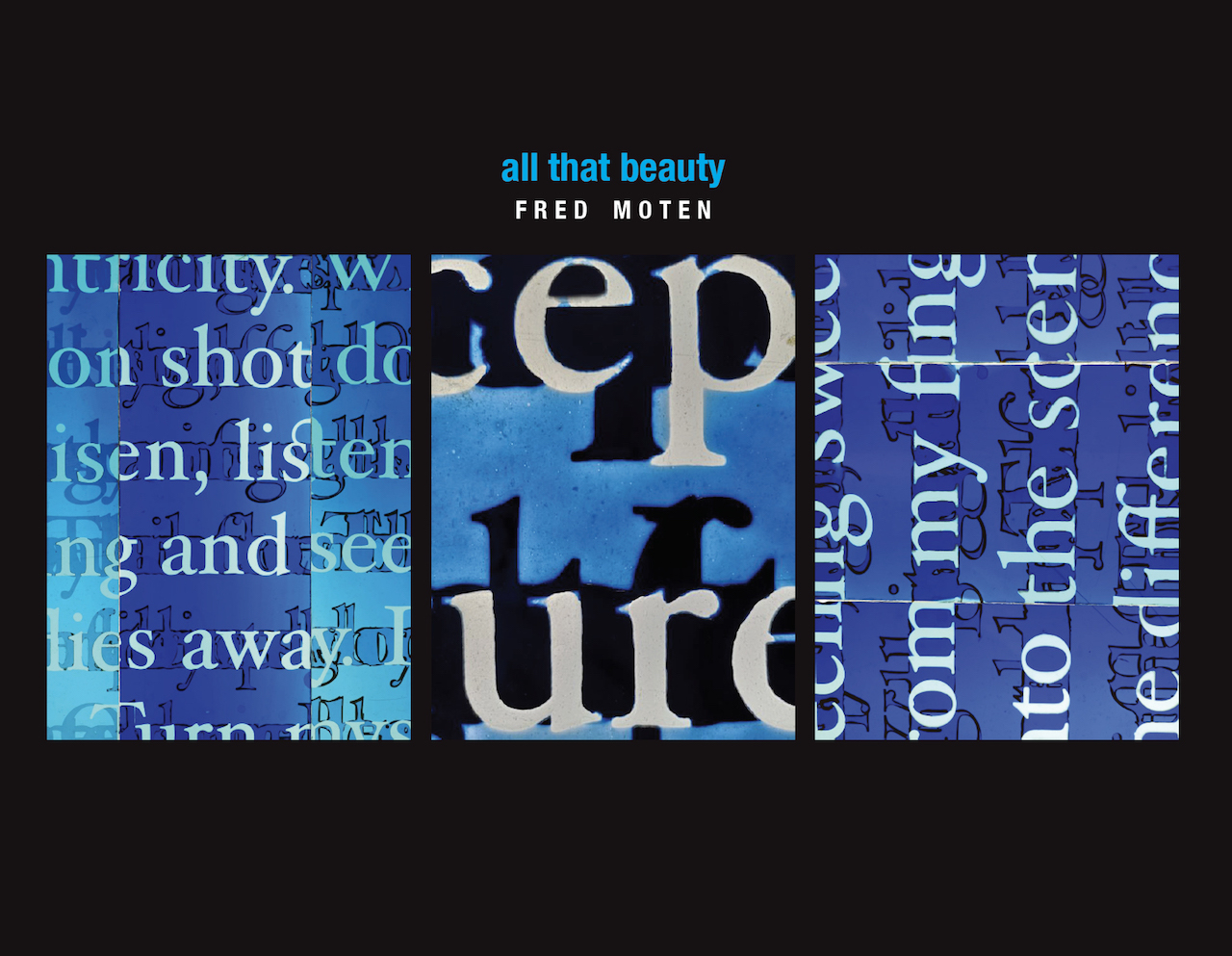 A pathbreaking new volume of poems from Fred Moten, all that beauty combine's Moten's penchant for lyrical prosody, radical thought, and African American theory to produce writing unlike any other poetry in the world.