Paula Ilabaca Núñez
Translated from the Spanish by Daniel Borzutzky

This is the gold chain. And this is my heart. There is nothing else left in these cravings, you won’t find anything else, the loose one would say while she was feeding the mares, giving them milk, manipulating the honey. Stretch-marked, hysterical, filled with extracted rings from the last digestions, from the last heaves she had been storing up in there. This is my chain, she would repeat as if in prayer, this is my chain, and this is my heart.

With one of the mares hanging from a shining, black skein of yarn that the pearl wore behind her, she began her frenetic dragging, traced in black, terrible. The first to fall would be the king. The king and his reflux, his celibacy, his dense maintenance, his opacity. The choirs don’t stop, they don’t stop their song. The pearl, sharp, stabbing, licks her teeth. He’ll have to fall. The burnt ones writhe in the frozen fury that saw them die. The loose one hasn’t stopped crying since she saw the other one leave. And the pearl searches all over the city for her. The king sleeps with his eyes open. He sits up. He stays still in his night, thinking about the ridges in the blades of the jewel that are coming for him. And the pearl is a pure form beleaguered with questions, with details of her birth, with the memory of how the loose one looked at her when she got up on her own two feet and left the house, without warning, without saying anything to anyone.

And so she couldn’t go to the king. She was stubborn and despondent so she couldn’t. And in the orange bed she would say bite me, and the jeweler marked up her breasts, lashing her with his precious rust. And while the pearl delighted in this sustenance, in these substrata that held her by the hair, the loose one got lost in ambiguities, in the imperious roughness of anguish, of pain, descending into poison, into torture, into herself. And the jeweler looked at her between the lights that boiled the torso, the flanks, the honey that dripped down the thighs, the breast, the neck. He never saw her more polished. He could never understand what she carried inside that voluptuousness, in that mildly submissive way she looked at him, half willing to go on, to go on for him. And they intertwined themselves in a trail of saliva and sacrifice. And said everything into each other’s ears between acts. And she would tell him I’m just about, just about to leave, to leave for you.

And in his way he gave her life, as if it was his own life. The mares installed themselves in a corner, courageous, waiting, attentive to the pearl’s ridges while they ejaculated her. She emerged with the blues. She was born in that same orange bed. At first she walked around the house with suspicion. She looked into the loose one’s mirror. She saw eyes, her own eyes. They had the same tint. The pearl and the loose one. But the pretty one had a look, a flair that attracted everyone, men, women, those who hung out in dive bars, those she’d once fucked, in the vicissitudes of the orange bed, those who fucked around, those who wanted her. All at once she felt happy and wanted to start immediately. That’s how she saw the loose one leave. Into her own life. Into her own soul. But more beautiful, more defined, more obnoxious and moody, insatiable in her obsession with obtaining whatever she set her sights on.

Settled in the threshold that leads her to herself, settled in the tides that raise her honey and juice until she ends up on all fours, screeching as much as the mares, who raise their sleepless song, who are difficult, who take on roles, instructions, actions. This pearl knows what she wants. She knows it and she distracts the loose one who has not stopped whining, planted in one of the burning ones, in one of the corners of her ancient, pointless, tiresome moans. I’m sick of you, the pearl tells her, she who was conceived on one of those nights, in one of these starving, sickly-sweet emptinesses when the loose one fucked around the city. The loose one needed to be penetrated. She had to be. They had to put it in her so that in one of those cloying lays the pearl could be formed, so she would grow round, so she would make herself into herself. Just like that, like one of those things that happens sometimes, like that jeweler who could do it with the loose one, the same one that made her sobbing suddenly stop, who lodged himself inside her until, in a slathering of moans and spasms, they gave birth to her, her, who else could it be, but the pearl.

“The Loose Pearl (excerpt)” from THE LOOSE PEARL: by Paula Ilabaca Núñez.
Published by co•im•press on December 16, 2022.
English Copyright © 2022 by Daniel Borzutzky.
All rights reserved.
Reproduced by Poetry Daily with permission. 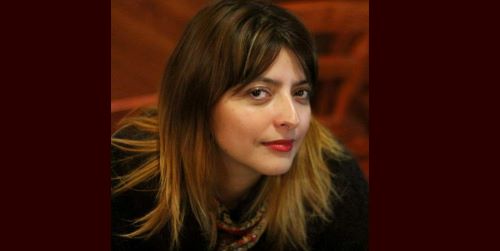 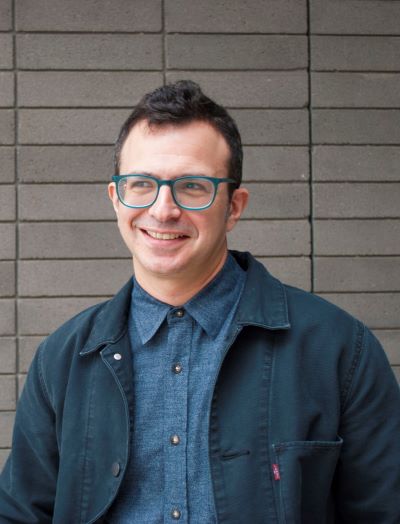 Daniel Borzutzky is the author of Written After a Massacre in the Year 2018; Lake Michigan, finalist for the 2019 Griffin International Poetry Prize; The Performance of Becoming Human, which received the 2016 National Book Award. His other books include In the Murmurs of the Rotten Carcass Economy (2015); Memories of my Overdevelopment (2015); and The Book of Interfering Bodies (2011). His translation of Galo Ghigliotto’s Valdivia received the 2017 ALTA National Translation Award for Poetry. He has translated Raul Zurita’s The Country of Planks and Song for his Disappeared Love; and Jaime Luis Huenún’s Port Trakl. He teaches in the English and Latin American and Latino Studies Departments at the University of Illinois at Chicago. 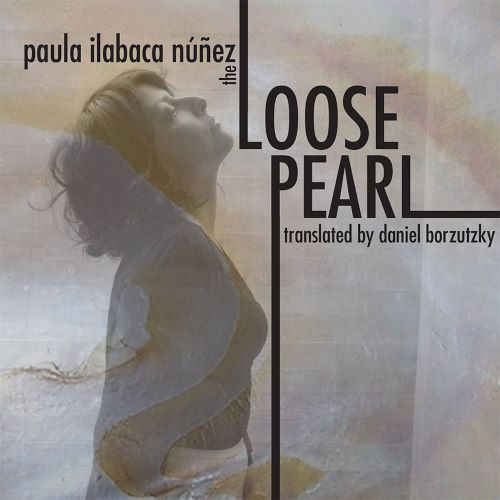 Brimming with fury and ferocity, The Loose Pearl by award-winning Chilean poet Paula Ilabaca Núñez, translated by Daniel Borzutzky, interrogates the ineffable complexities of interiority in the wake of rupture, of trauma. Through the screen of the speaker's archipelago of internal identities—the loose one, the pearl, the mare—readers are drawn into an intense and ongoing prose-poetry monologue of self-struggle, as the speaker attempts to avoid shattering completely while facing total collapse amid the relentless combine the patriarchy continually hefts—body and soul—upon women. Borzutzky's translation deftly handles the visceral and pent-up style of these prose poems, gifting readers with pages to be pored over breathlessly, out loud, and often. Ilabaca Núñez's English-language debut weaves an allegory of apathy, anger, and sexual politics, where her speaker's cherished identities get shaped and reshaped at the hands of masculine archetypes—the master, the eunuch, the king, the jeweler—until something new emerges, a polished and pointed rage that spills over and dares, at last, to voice what once was unutterable.

"The Loose Pearl is a waterfall of words that wells up and demands to be read out loud, loudly. The loose one, the pearl, the mare—a woman seeking wholeness and a total identity in a world that tends to carve women up and discard the unseemly. Daniel Borzutzky's is the fearless translation of a poet capable of reading between lines and capturing the visceral xxx of the 'basic territory.' From a Chile roiling with discontent and a refusal to submit comes this dispatch that relates the contradiction and complication/ complexity/ of inhabiting a female body—that 'porous carriage'—in a city that refuses and dismisses her. Uncomfortable, subversive, and joyful."
—Megan McDowell

"Paula Ilabaca Núñez's The Loose Pearl is an intense, bawdy, bodily fairytale about sexuality, and it is an 'eruption' of poetry. It's the kind of eruption that takes place in writing when you move beyond expectations and conventions and good taste into a realm where anything can come into play as long as the poet has the skills and daring to make it so. In The Loose Pearl, fucking is fucking (it has to be, it's how the text writes the body), but it is also the act of engaging in and attending to this act or moment of eruption. This is the most important truth about writing. This is both the first lesson and the last lesson of how to write poetry."
—Johannes Göransson