THE SOUND OF BLINDS BEING PULLED UP IS THE FIRST SOUND

Silvina López Medin
It’s in your hands: the weight of the slats. All slightly bent to one side. As someone that bends with their ear towards the other trying to hear more: what? Your grandmother, like your mother, could only hear 30% of all things. You cross out the word grandmother, you’ll say your mother’s mother. You’d rather have the word repeated—mother—build a chain with no missing ring. You’re not pulling yet, but it’s in your hands, the chain that raises the metal slats. You hear what your mother’s mother wouldn’t hear: the slats clattering. She, who used to live between blades—her scissors, silent to her—opening and closing on the cloth. Cutting, cutting until what? Until she reached an edge: a pair of eyes looking at her from the other side of the sewing table. Her daughter. Herself. A table—not flat, not smooth, the top filled with pieces of broken wood. Broken: can stick in your skin. A daughter. A table made of broken things, but varnished, protected. Protective like the blinds you’re not yet pulling. To open and close, to cut until—to look up and see someone. Not knowing what to do with the weight of a stare or the top of the table: sharp points that don’t hurt, but shine, shine, varnished. To separate the cloth just cut into pieces. This is not your daughter, this is not you. And yet, you are a mother, she’s your mother’s mother. You’re pulling. 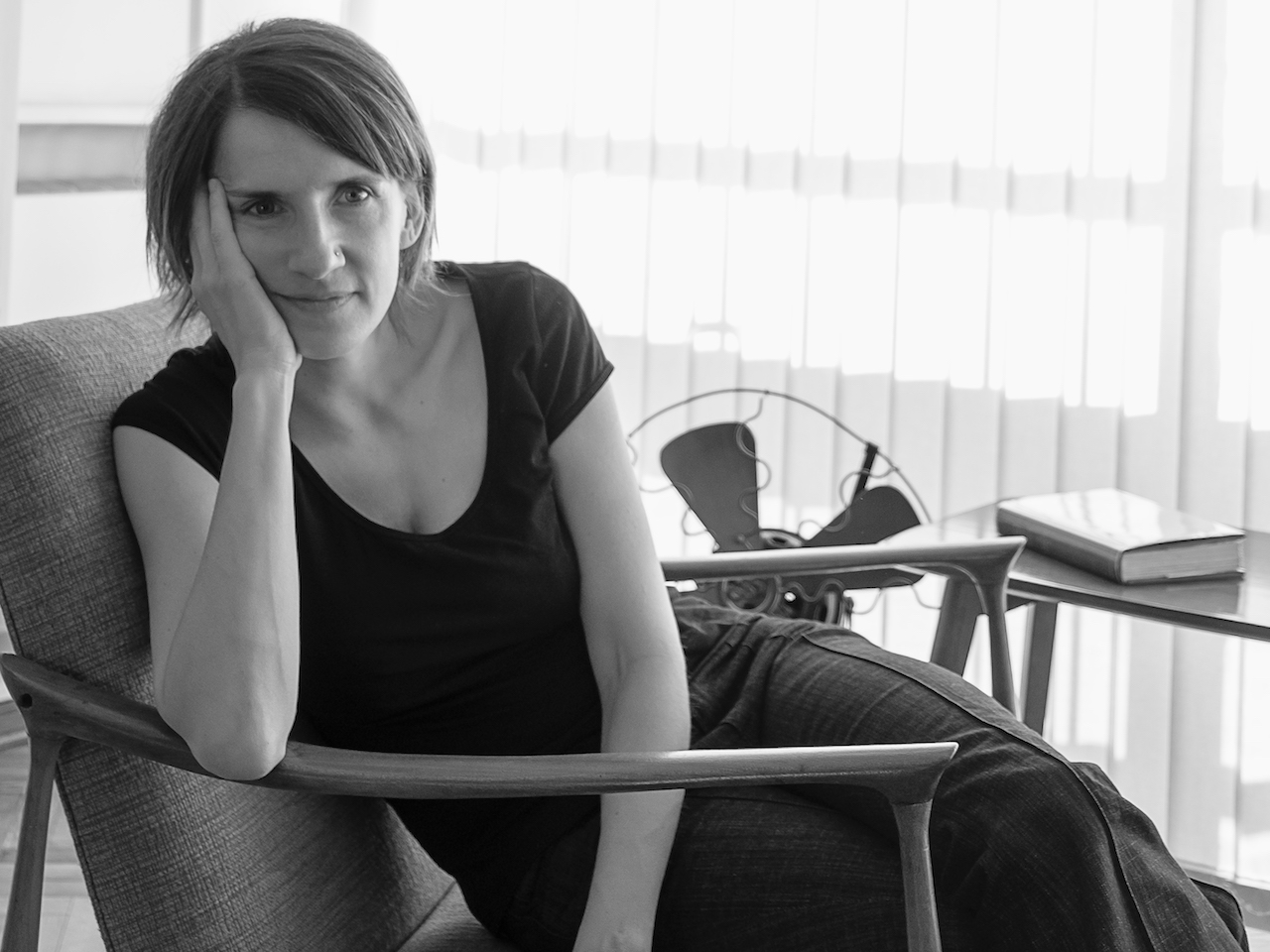 Silvina López Medin was born in Buenos Aires and lives in New York. Her books of poetry include: La noche de los bueyes (Madrid, 1999), winner of the Loewe Foundation International Young Poetry Prize, Esa sal en la lengua para decir manglar (Buenos Aires, 2014; That Salt on the Tongue to Say Mangrove, tr. Jasmine V. Bailey, Carnegie Mellon University Press, 2021), 62 brazadas (Buenos Aires, 2015), and Excursión (Buenos Aires, 2021). Excursion was selected by Mary Jo Bang as the winner of the Oversound Chapbook Prize (Oversound, 2020). Her hybrid poetry book Poem That Never Ends was a winner of the Essay Press/University of Washington Bothell Contest (Essay Press, 2021). Her play Exactamente bajo el sol (staged at Teatro del Pueblo, 2008) was granted the Plays Third Prize by the Argentine Institute of Theatre. She co-translated Anne Carson’s Eros the Bittersweet (2015) into Spanish. Her writing has appeared in Ploughshares, Hyperallergic, BrooklynRail, and MoMA/post, among others. She holds an MFA in Creative Writing from NYU and is an editor at Ugly Duckling Presse. More at http://www.silvinalopezmedin.com 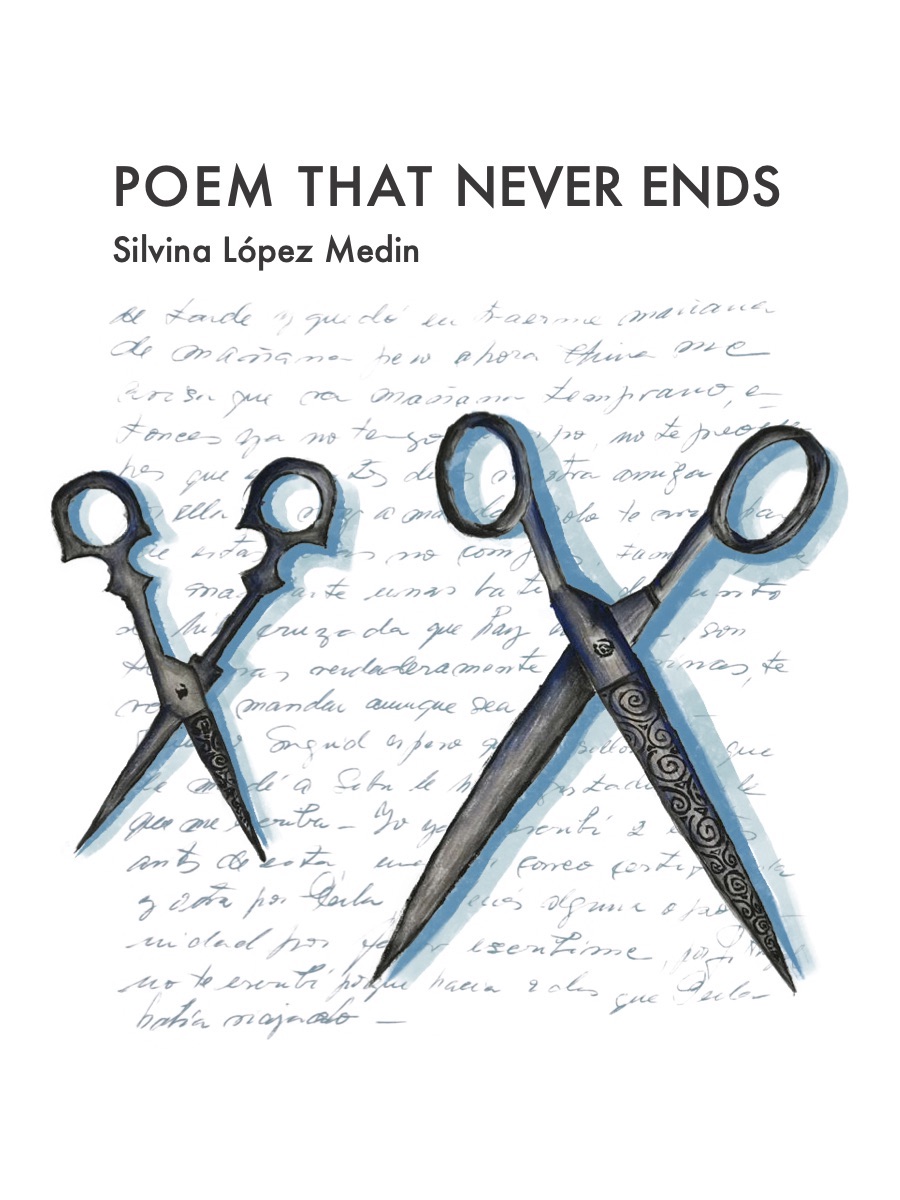 "In Poem That Never Ends, we glimpse pieces of a familial history, a 'reaching to confirm what’s been forgotten,' only to affirm whatever fragments remain present and alive. Fragments are stitched to other fragments to make new wholes. The personal intersects and informs the historical; seeing intersects and informs hearing; one language breaches and breathes into another. 'The circle becomes a hole, we are inside it, my family and I. Surrounded by the events, though on the surface untouched.' This is a stunning and deeply moving book."
—Ann Lauterbach

"In Poem That Never Ends, our understanding of what constitutes the edge of anything forever shifts and in time, the selvage becomes the center and the center drifts too. There is a spectral glow in these pieces that reach and keep reaching. Through it all, the mother, the mother’s mothers, the sons, and their fractious looped landscapes haunt us in this collection that opens a window, cracks a door. Both the door and the window stay open."
—Asiya Wadud