They Flee From Me

They flee from me that sometime did me seek        With naked foot stalking in my chamber.I have seen them gentle tame and meek        That now are wild and do not remember        That sometime they put themselves in dangerTo take bread at my hand; and now they rangeBusily seeking with continual change.Thank'd be fortune, it hath been otherwise        Twenty times better; but once in special,In thin array after a pleasant guise,        When her loose gown from her shoulders did fall,        And she caught me in her arms long and small,Therewith all sweetly did me kiss,And softly said, Dear heart, how like you this?It was no dream: I lay broad waking.        But all is turned from my gentlenessInto a strange fashion of forsaking;        And I have leave to go of her goodness,        And she also to use new-fangleness.But since that I so kindely am served,I would fain know what she hath deserved. 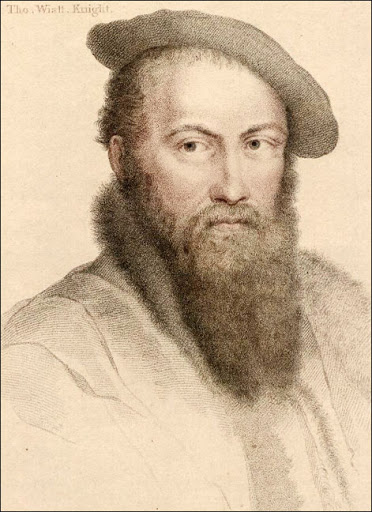 Sir Thomas Wyatt was a 16th century English politician, ambassador, and lyric poet credited with introducing the sonnet to English literature. He was born at Allington Castle near Maidstone in Kent, though the family was originally from Yorkshire. His family adopted the Lancastrian side in the Wars of Roses. His mother was Anne Skinner, and his father Henry had been a Privy Councillor of Henry VII and remained a trusted adviser when Henry VIII ascended the throne in 1509. His poems were circulated at court and may have been published anonymously in the anthology The Court of Venus (c.1537) during his lifetime, but were not published under his name until after his death; the first major book to feature and attribute his verse was Tottel’s Miscellany (1557), printed 15 years after his death. 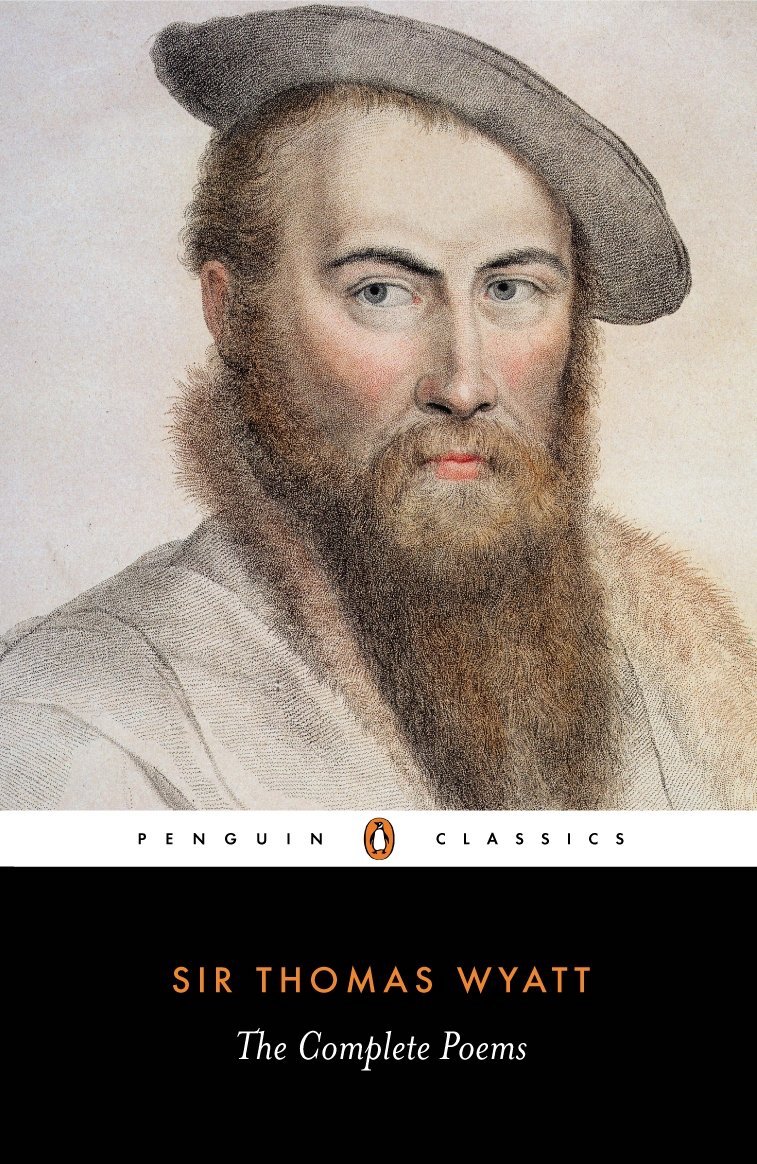 As a diplomat in Renaissance Europe, and a luminary at the court of Henry VII, Sir Thomas Wyatt wrote in an incestuous world where everyone was uneasily subject to the royal whims and rages. Wyatt had himself survived two imprisonments in the Tower as well as a love affair with Anne Boleyn, and his poetry — that of an extraordinarily sophisticated, passionate and vulnerable man — reflects these experiences, making disguised reference to current political events. Above all, though, Wyatt is known for his love poetry, which often dramatizes incidents and remembered conversations with his beloved, with an ear acutely sensitive to patterns of rhythm and colloquial speech. Conveying the actuality of betrayal or absence, and the intense pressure of his longing for a love that could be trusted, these are some of the most haunting poems in the English language.