~for my second mother, Rachie

In dream, dreaming, I amnot terrified of my own deathbut of yours. Howselfish. Iranians take specialinterest in dream. In dreammy professor presses Farsiinto my mouth like gol,refusing to take soil. It is notprophecy, but everythingbelow. During one of myfather's readings, a womanin the audience collapses as iffrom sleep. He falters upthere, unsure if hehad caused this,if he should continue.When she wakes, moments later,she is sobbing, but fine.Don't worry, she says, this happensall the time. Howincredible. To be struck withsleep time and again likea season. She is swaddledby us, yet I still wish to be closeto her, for I have before risenfrom that kind of sleepto no one. Risingfrom the tub as a boy, I'dmove too fast, swoonas if with love, and collapse.If my father hadn't heardthe soft body hit,like a tamed animalI'd rise, shakily,alone. And, as iffrom fear of monsters,I'd run to you. Understand,I was unafraid. But excited,almost, for your concern. To beembraced and alive. To beheld. How selfish. Thishappens.

Copyright © 2021 by Darius Atefat-Peckham.
All rights reserved.
Reproduced by Poetry Daily with permission. 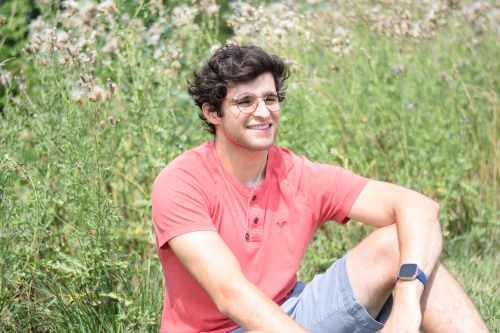 Darius Atefat-Peckham is an Iranian-American poet and essayist. His work has appeared or is forthcoming in Indiana Review, Barrow Street, Michigan Quarterly Review, The Florida Review, Brevity, and elsewhere. His work has appeared in numerous anthologies, including My Shadow is My Skin: Voices from the Iranian Diaspora (University of Texas Press). In 2018, he was selected by the Library of Congress as a National Student Poet, and traveled the Midwest in this capacity to teach Middle school and High school-aged students about the concurrence of grief and joy in literature. Atefat-Peckham is the author of the chapbook How Many Love Poems, forthcoming from Seven Kitchens Press. He grew up in Huntington, West Virginia, and was raised by two English Professors, Joel and Rachael Peckham, who also happen to be his favorite writers. He currently studies English and Near Eastern Languages and Civilizations at Harvard College. 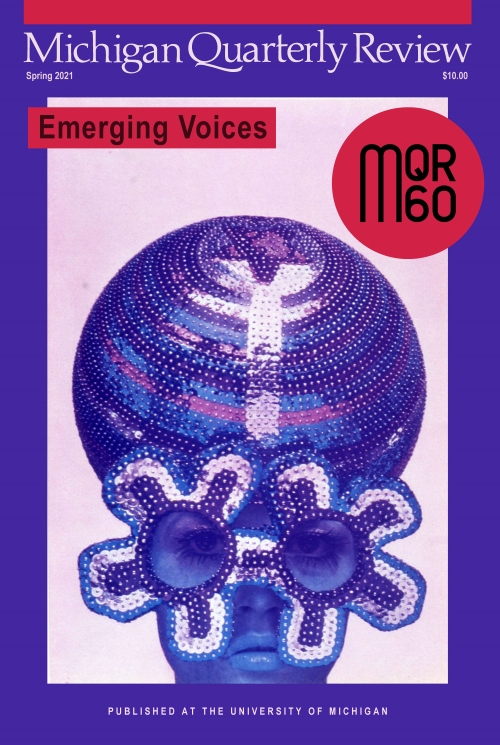 Michigan Quarterly Review is an interdisciplinary and international literary journal, combining distinctive voices in poetry, fiction, and nonfiction, as well as works in translation. Our work extends online as well, where we publish cultural commentary alongside reviews and interviews with writers, artists, and cultural figures around the world. The flagship literary journal of the University of Michigan, our magazine embraces creative urgency and cultural relevance, aiming to challenge conventions and address long-overdue conversations. As we continue to promote an expansive and inclusive vision, we seek work from established and emerging writers with diverse aesthetics and experiences.

Twice a year, we curate an array of perspectives on a single theme. Past special issues have included writing on the Flint Water Crisis, the Great Lakes, Greece, China, and Caregiving.