Did I ask for too much, then?
I wanted just two eyes, nothing more.
No dawn, no dusk, no long night—
not food, nor clothes, nor shelter.
Neither remembrance nor reflection,
but a moment's attention, to be erased
in the next moment—that's all.
Still, did I ask for too much?

To celebrate National Poetry Month we are again presenting an April Celebration: 30 Poets/30 Presses (#ArmchairBookFair21), a feature we initiated last year to help promote new releases whose publicity opportunities were thwarted due to the pandemic. Please join us every day for new poetry from the presses that sustain us.

“Too Much” from ACROBAT: by Nabaneeta Dev Sen.
Published by Archipelago Books 2021.
English Copyright © 2021 by Nandana Dev Sen.
All rights reserved.
Reproduced by Poetry Daily with permission. 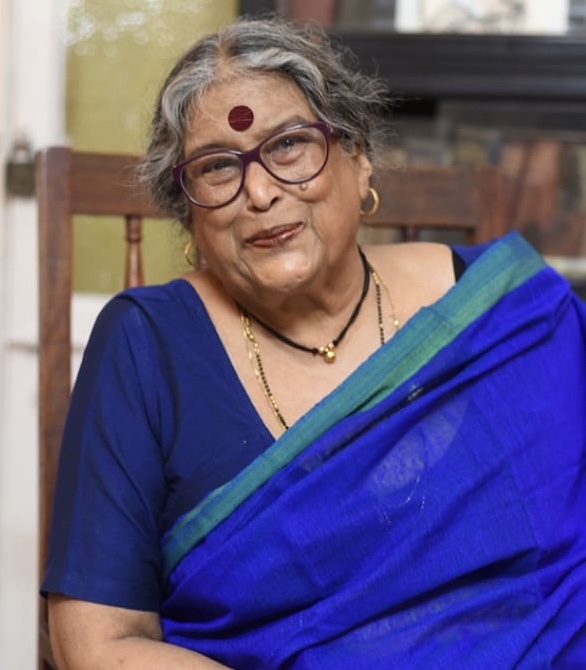 Nabaneeta Dev Sen (1938 – 2019) remains one of the most beloved, versatile and prolific Bengali writers of all time. Equally expressive in poetry and prose, fiction and nonfiction, she has over one hundred books to her credit, including compilations of poems, novels, plays, stories, memoirs, academic essays, children’s literature, political columns, literary translations, and multiple volumes of her collected works.

Educated in Presidency College and Jadavpur University in Kolkata, and then at Harvard, Berkeley and Indiana Universities, Dev Sen lived a parallel life as a highly acclaimed international scholar and feminist, and a distinguished professor of comparative literature. Her many honors include the Padma Shri, Sahitya Akademi Award, Bangla Academy Lifetime Achievement Award, Big Little Book Award for Children’s Literature, and Lifetime Achievement Award of the Publishers’ and Booksellers’ Guild.

Nabaneeta Dev Sen was the Founder and President of the West Bengal Women Writers’ Association, Soi. 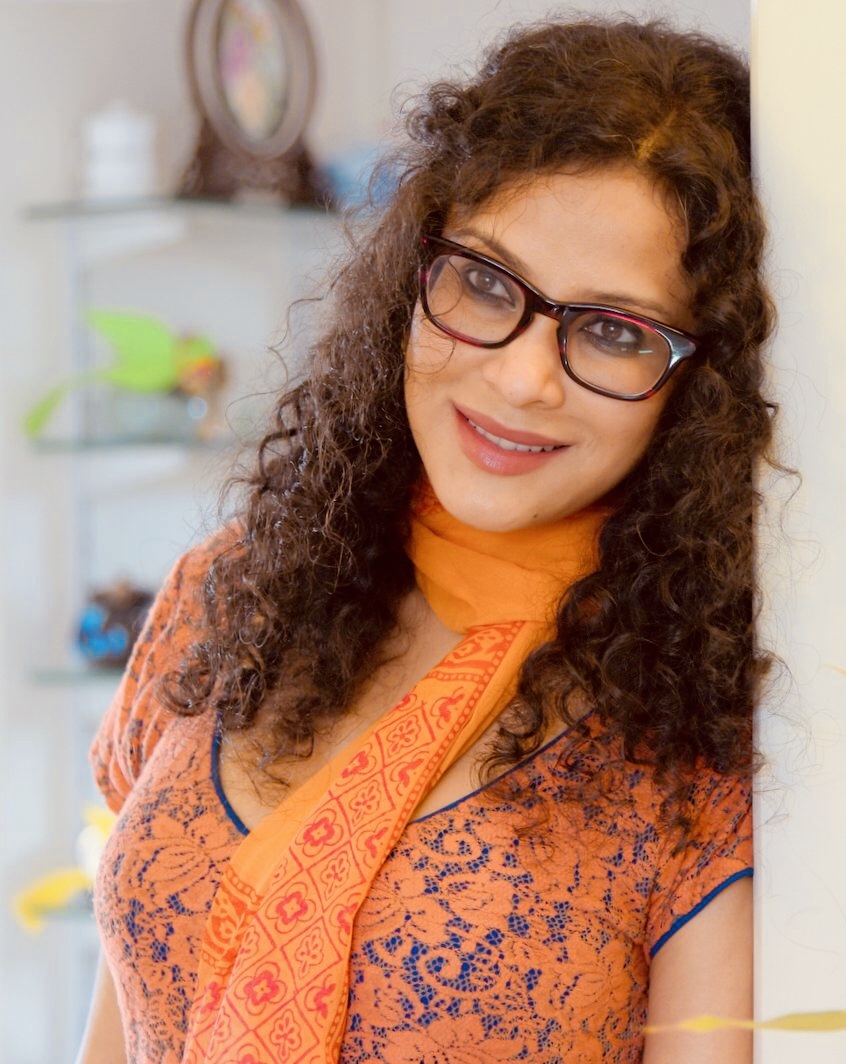 A writer, actor, and child-rights activist, Nandana Dev Sen is the author of six children’s books, translated into 15 languages globally. She grew up in India, England and America, and has starred in 20 feature films from four continents (and in multiple languages). Nandana‘s first book Kangaroo Kisses was selected by 320 UK nurseries as a “Book of Excellence,” and her interactive workshops have been loved by more than 30,000 young people across the world.

After graduating Phi Beta Kappa from Harvard University (where she won the John Harvard Scholarship and Elizabeth Agassiz Prize each year) and studying filmmaking at the USC School of Cinema-Television, Nandana worked as a book editor, a screenwriter, a script-doctor, an advocate for child protection, and as Princess Jasmine in Disneyland. The winner of the Last Girl Champion Award as well as multiple Best Actress awards, Nandana has served on the jury of numerous child-protection commissions, global film festivals and international literary prizes (including the DSC Prize). As an advocate and ambassador, she has represented UNICEF, Operation Smile, RAHI, and the National Commission for Protection of Child Rights, to fight against child abuse and to end human trafficking.

Nandana is Child Protection Ambassador for Save the Children India. 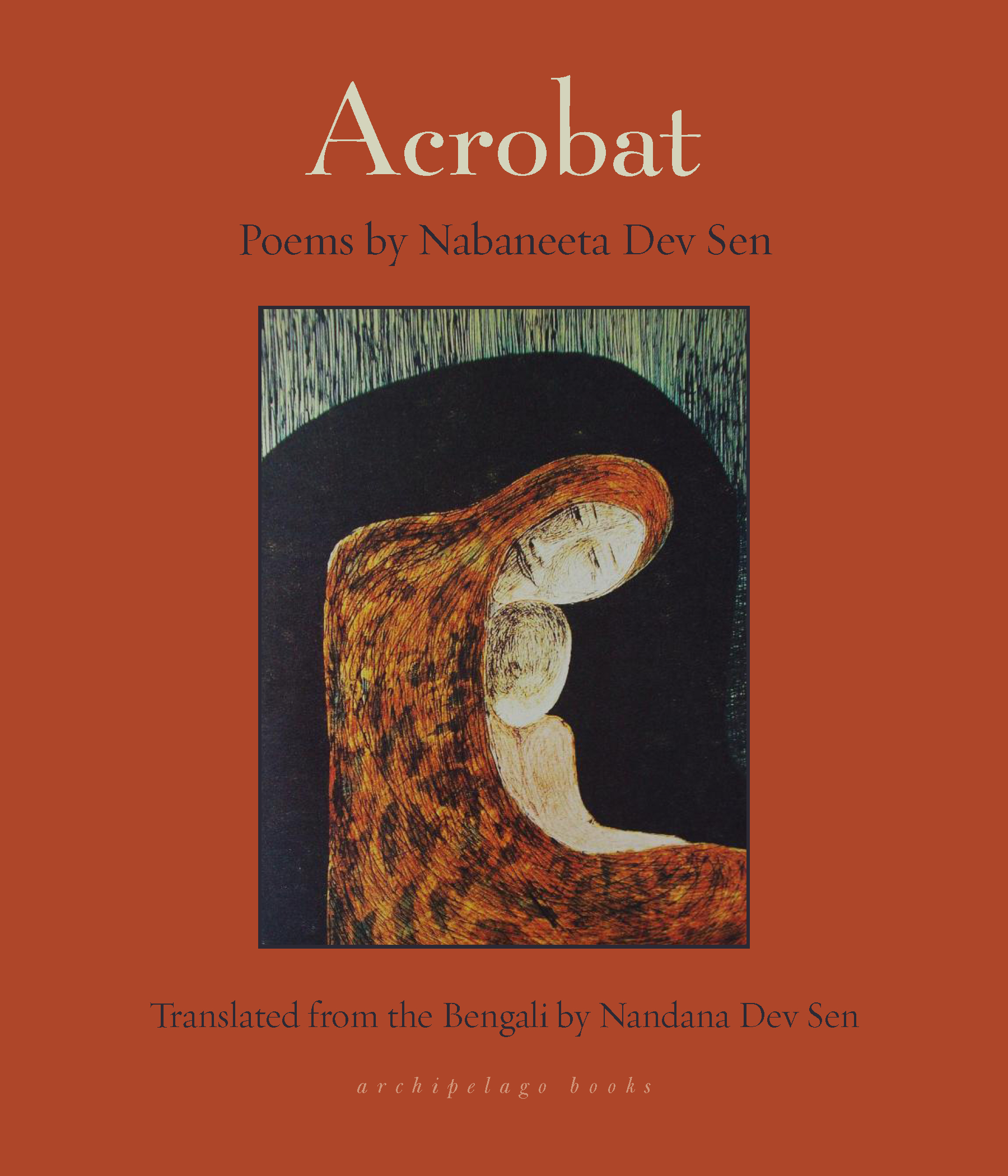 "Poetry and music are both languages of the heart, so it is a special gift when a great poet of the world is finally well-translated. Here, the legendary Bengali poet, Nabaneeta Dev Sen, is re-birthed in English by her daughter, Nandana Dev Sen. I believe that Acrobat is a book that will rescue us and be loved around the world."
—Gloria Steinem

"These sparkling translations from Nabaneeta Dev Sen’s long, important body of work cycle through her (and our own) exigent concerns: time, identity, the familial. Dev Sen is famous for perfecting a remarkably clear syntax that incorporates sensual detail and repetition not as ornament but as the very ingredients of its riveting precision. And she always follows her own prescription: 'Stay awake in every line.'"
—Forrest Gander