Two Pictures of a Rose in the Dark

In the beginning there was the film—the night running a story
of rain: the girl holding her heart like a lightbulb, a yellow rose
as an opening scene. In the fog-turning distance, the harbour—a camera
overlooking the sea. Maybe I shouldn’t be running
from Wittgenstein to Fellini like this: two pictures of a rose in the dark,
two books wrestling their wings, but look how I’m turning the light

to the rain-trembling street: I have said it many times: in cinema, light
is ideology, feeling, colour, depth, atmosphere, story.
I’ve pressed play and replay on the flowering dark
of this evening. The rain, this warm soundtrack. The moon, a blue rose
on the city’s backstage. A note for the night: the stage is a motor running
language as play. In the beginning there was the camera—

a chamber of air. The night leading out of my camera
has taken me here: for me, in fact, cinema is image, and light
is its fundamental factor. In the beginning there was motion, running
into and out of a dream. I carry a box with a streetlamp, a story
I’m still making up: a rose starts and restarts like an engine, a rose
like a code taking form in the light. The snow, a dark

rumour doubling as play. In the beginning there was Dylan’s Not Dark
Yet, a song in the distance, a feather midair, the click of a camera
capturing rain. Grief is the holding of an invisible rose
in the icy-blue air. Writing is running. The film is written with light.
Language is motion. Theatre, action. The story
is this: when I said reading Wittgenstein, I meant running

in Wittgenstein. A field is always a question of running
in every direction, a stage taking off. Two pictures of a rose in the dark—
two chambers of play. The visual room seemed like a discovery, a story
Fellini would lift with one hand, turning the crane of the camera
to the point where a room can be empty and yet flooded with light—
a projector, a screen, in the beginning there was the rose—

a gray flash in the dark. The image as opposed to the idea of a rose—
shall we press play? It’s too hot to sleep and time is running
away, a song standing in for the long distance of light,
the dark turning darker was only the beginning—the safe, crowded dark
of a theatre night. The story is nothing. I’m raising my camera
up in the air like a glass. I’m not at all drunk. There is no story—

in the beginning there was a word firing light: And if I say ‘A rose
is red in the dark too’, you virtually see this red, a non-story running
on loop in the dark, the start in that heart I call camera.

Wittgenstein, Philosophical Investigations, §515
Two pictures of a rose in the dark. One is quite black; for the rose is not visible. In the other, it is painted in full detail and surrounded by black. Is one of them right, the other wrong? Don’t we talk of a white rose in the dark and of a red rose in the dark? And don’t we nevertheless say that they can’t be distinguished in the dark?

In addition to the title, all other quotes in the poem are taken from the following sources: Fellini, Fare un Film, X (Einaudi, 2015); An interview with Fellini in The New Yorker, October 30, 1965; Dylan’s Not Dark Yet, Wittgenstein, Philosophical Investigations, 4th ed., trans. G.E.M Anscombe, P.M.S. Hacker and Joachim Schulte (Blackwell Publishing, 2009), §514, §400, and §673; and the preface: ‘For it compels us to travel criss-cross in every direction over a wide field of thought.’

“Two Pictures of a Rose in the Dark” from THE CITY: by Stav Poleg.
Published by Carcanet Press in March 2022.
Copyright © 2022 by Stav Poleg.
All rights reserved.
Reproduced by Poetry Daily with permission. 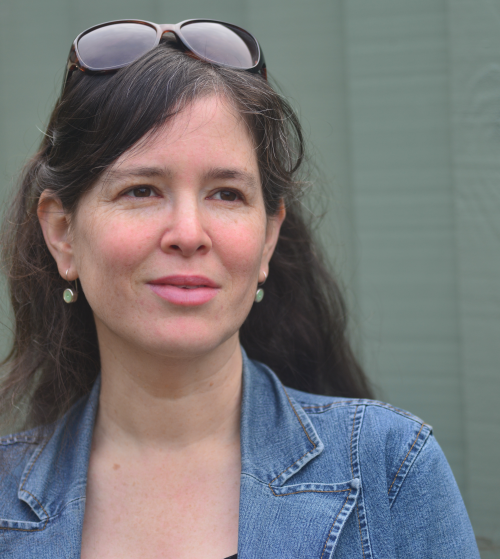 Stav Poleg’s debut poetry collection, The City, came out from Carcanet in March 2022. Her poetry has appeared on both sides of the Atlantic, in The New Yorker, Kenyon Review, Poetry London, Poetry Ireland Review, PN Review and elsewhere. A selection of her work is featured in New Poetries VIII (Carcanet, 2021). Her graphic-novel installation, “Dear Penelope: Variations on an August Morning,” created with artist Laura Gressani, was acquired by the Scottish National Gallery of Modern Art. Her theatre work was read at the Traverse Theatre, Edinburgh, and the Shunt Vaults, London, and most recently at Kettle’s Yard gallery, Cambridge. She serves on the editorial board of Magma Poetry magazine and teaches for the Poetry School on a range of subjects including poetry inspired by the Divine Comedy, the Odyssey and the cinema of Fellini. 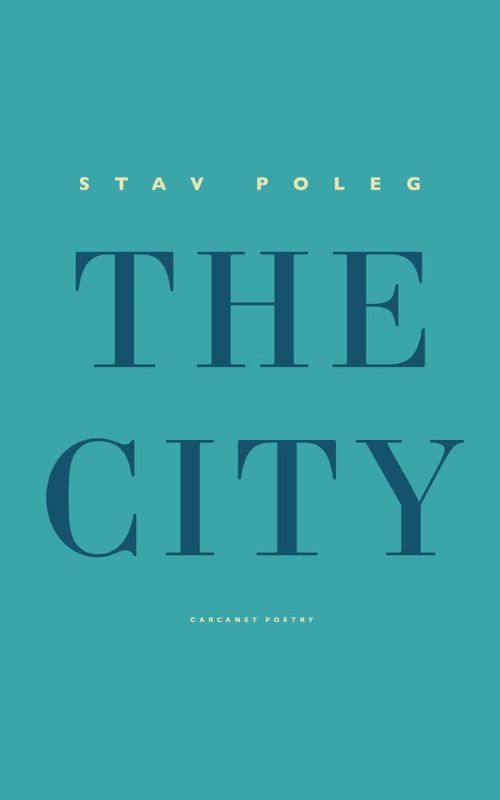 "The City is a work of surreal and fantastical reach...we acclimatise to the strangeness of the setting, and enjoy the imagination at work."

"...Like the best cities, it's exhilarating: candid, paced, ever-changing and utterly captivating."

"The poems often feel like a high-wire act, careening through intricate scenery in a tone by turns playful and lonely. Poleg delights in language as creative material."