He Seems Different, 1999, from the series Soul Erased, Joyce Scott

How little it takes to blend in,To become a cloudy night,To watch nipples turn into vague stars,And toes curl into imitations of light—To become a disappointment.We so rarely wonder about the moon's neighbor. How doesThe moonTake up everything?I turn how are youInto a million different questions,Into a conversation,Into a cloudy night.What was needy became a shooting star,What was stumbling out of pain became the sunrise,Became orange glimmers peeking out of something asking and waiting for the answer.Why are so many people being killed,Why am I not,What is in this countryside night that allows me to survive?I would like no permission,I would like to be given nothing.This telescope doesn't work;There's nothing in the sky tonight.LC 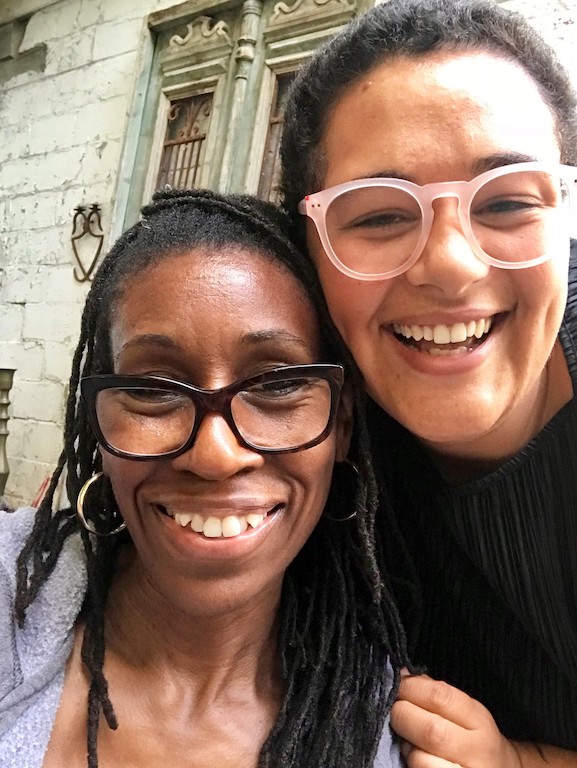 Lyrae Van Clief-Stefanon the author of Open Interval, a 2009 National Book Award finalist, and Black Swan, winner of the 2001 Cave Canem Poetry Prize, as well as Poems in Conversation and a Conversation, a chapbook collaboration with Elizabeth Alexander. She was one of ten celebrated poets commissioned to write poems inspired by the 2015 exhibit One Way Ticket: Jacob Lawrence’s Migration Series and Visions of the Great Migration for MoMA.
Leela Chantrelle is a poet and literature enthusiast hailing from San Francisco, California. She received a Bachelor’s in English and Creative Writing from Cornell University in 2014. After, she moved to Paris, France for a few years and just recently moved back to the United States. Currently, she teaches English at a progressive school in Baltimore, Maryland. Her work can be found or is forthcoming in The Menteur, Sundog Lit, Rattle and other publications. 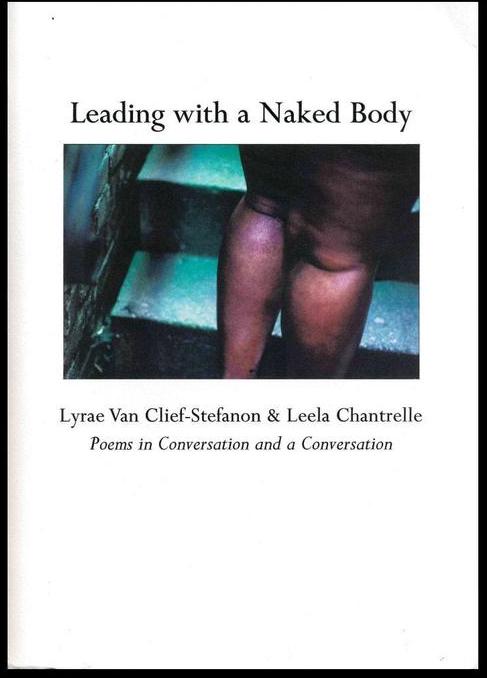 Leading with a Naked Body: Poems in Conversation & a Conversation by Lyrae van Clief-Stefanon & Leela Chantrelle