I think first of two sparrows I met when walking home,
late night years ago, in another city, not unlike this—the one

bird frantic, attacking I thought, the way she swooped
down, circled my head, and flailed her wings in my face;

how she seemed to scream each time I swung; how she
dashed back and forth between me and a blood-red Corolla

parked near the opposite curb; how, finally, I understood:
I spied another bird, also calling, his foot inexplicably

caught in the car's closed door, beating his whole bird
body against it. Trying, it appeared, to bang himself free.

And who knows how long he'd been there, flailing. Who
knows—he and the other I mistook, at first, for a bat.

anything. And, like any good god, I disappeared. Not
indifferent, exactly. But with things to do. And, most likely,

on my way home from another heartbreak. Call it 1997,
and say I'm several thousand miles from home. By which

I mean those were the days I made of everyone a love song.
By which I mean I was lonely and unrequited. But that's

not quite it either. Truth is, I did manage to find a few
to love me, but couldn't always love them back. The Rasta

law professor. The firefighter's wife. The burlesque dancer
whose daughter blackened drawings with m's to mean

the sky was full of birds the day her daddy died. I think
his widow said he drowned one morning on a fishing trip.

Anyway, I'm digressing. But if you asked that night—
did I mention it was night?—why I didn't even try

to jimmy the lock to spring the sparrow, I couldn't say,
truthfully, that it had anything to do with envy, with wanting

a woman to plead as deeply for me as these sparrows did,
one for the other. No. I'd have said something, instead,

about the neighborhood itself, the car thief shot a block
and a half east the week before. Or about the men

I came across nights prior, sweat-slicked and shirtless,
grappling in the middle of the street, the larger one's chest

pressed to the back of the smaller, bruised and bleeding
both. I know you thought this was about birds,

but stay with me. I left them both in the street—
the same street where I'd leave the sparrows—the men

embracing and, for all one knows (especially one not
from around there), they could have been lovers—

the one whispering an old, old, tune into the ear
of the other—Baby, baby, don't leave me this way. I left

the men where I'd leave the sparrows and their song.
And as I walked away, I heard one of the men call to me,

please or help or brother or some such. And I didn't break
stride, not one bit. It's how I've learned to save myself.

Let me try this another way. Call it 1977. And say
I'm back west, south central Los Angeles. My mother

and father at it again. But this time in the street,
broad daylight, and all the neighbors watching. One,

I think his name was Sonny, runs out from his duplex
to pull my father off. You see where I'm going with this.

years later, trying to get it all down. As much for you—
I'm saying—as for me. Sonny catches a left, lies flat

on his back, blood starting to pool and his own
wife wailing. My mother wailing, and traffic backed,

now, half a block. Horns, whistles, and soon sirens.
1977. Summer. And all the trees full of birds. Hundreds,

I swear. And since I'm the one writing it, I'll tell you
they were crying. Which brings me back to Dolphy

wracking itself against a car's steel door, the animals
in the trees reporting, the animals we make of ourselves

and one another. Flailing, failing. Stay with me now.
Days after the dustup, my parents took me to the park.

And in this park was a pond, and in this pond were birds.
Not sparrows, but swans. And my father spread a blanket

and brought from a basket some apples and a paring knife.
Summertime. My mother wore sunglasses. And long sleeves.

My father, now sober, cursed himself for leaving the radio.
But my mother forgave him, and said, as she caressed

the back of his hand, that we could just listen to the swans.
And we listened. And I watched. Two birds coupling,

one beating its wings as it mounted the other. Summer,
1977. I listened. And watched. When my parents made love

late into that night, I covered my ears in the next room,
scanning the encyclopedia for swans. It meant nothing to me—

its own species of song? What a woman wails, punch drunk
in the street? Or what a widow might sing, learning her man

was drowned by swans? A lamentation of them? Imagine
the capsized boat, the panicked man, struck about the eyes,

nose, and mouth each time he comes up for air. Imagine
the birds coasting away and the waters suddenly calm.

Either trumpet swans or mutes. The dead man's wife
running for help, crying to any who'd listen. A lamentation.

And a city busy saving itself. I'm digressing, sure. But
did you know that to digress means to stray from the flock?

When I left my parents' house, I never looked back. By which
I mean I made like a god and disappeared. As when I left

the sparrows. And the copulating swans. As when someday
I'll leave this city. Its every flailing, its every animal song.

Copyright © 2020 by John Murillo
All rights reserved.
Reproduced by Poetry Daily with permission. 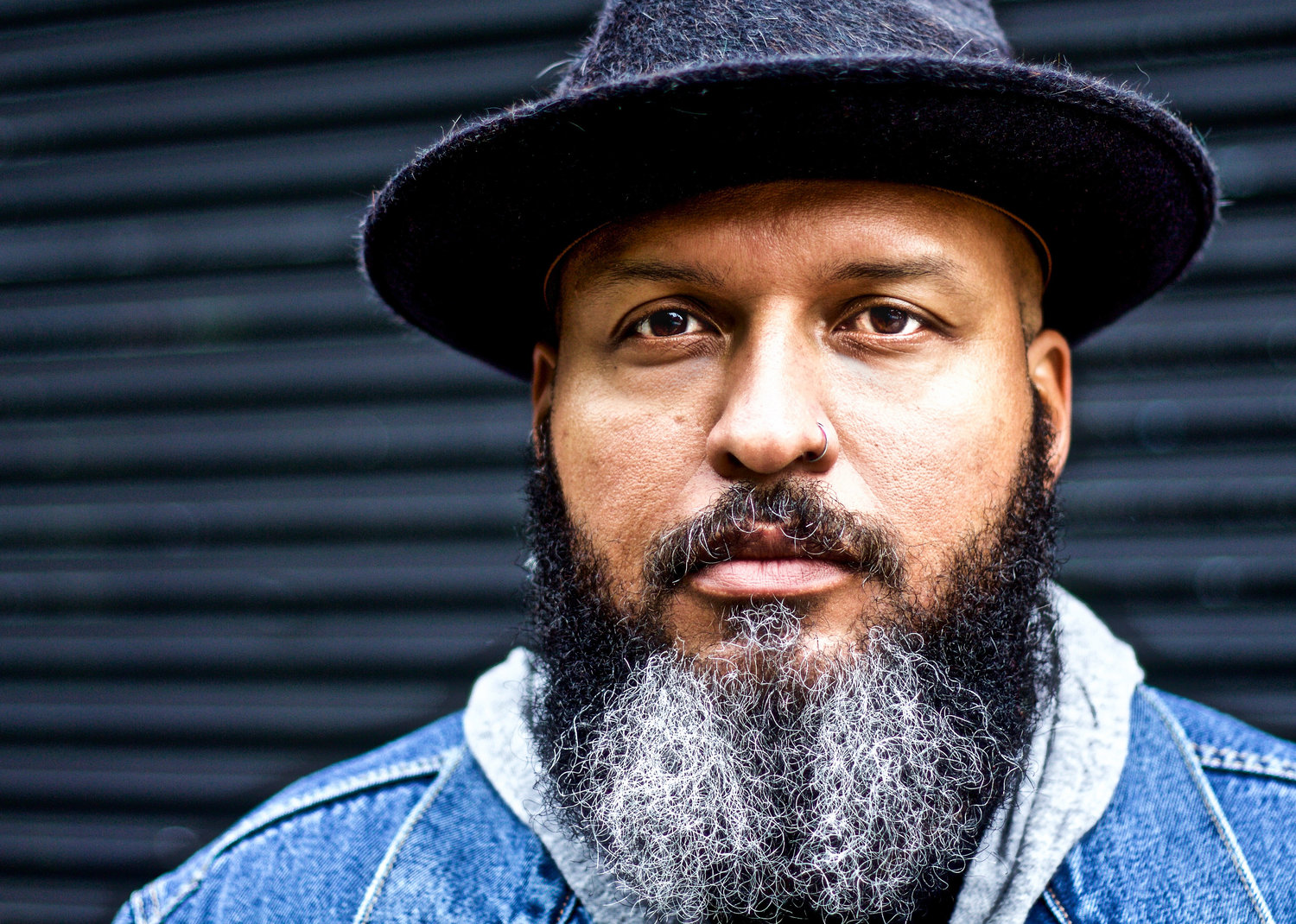 John Murillo is also the author of the poetry collection, Up Jump the Boogie, (originally from Cypher and now reissued from Four Way Books) finalist for both the Kate Tufts Discovery Award and the PEN Open Book Award. His honors include a Pushcart Prize, two Larry Neal writers awards, the J. Howard and Barbara M.J. Wood Prize from the Poetry Foundation, and fellowships from the National Endowment for the Arts, the Bread Loaf Writers’ Conference, the Fine Arts Work Center in Provincetown, the Cave Canem Foundation, the MacDowell Colony, and the Wisconsin Institute for Creative Writing. His poems have appeared in various journals and anthologies including American Poetry Review, Poetry, and Best American Poetry 2017 and 2019. He is an assistant professor of English at Wesleyan University and also teaches in the low-residency MFA program at Sierra Nevada College. 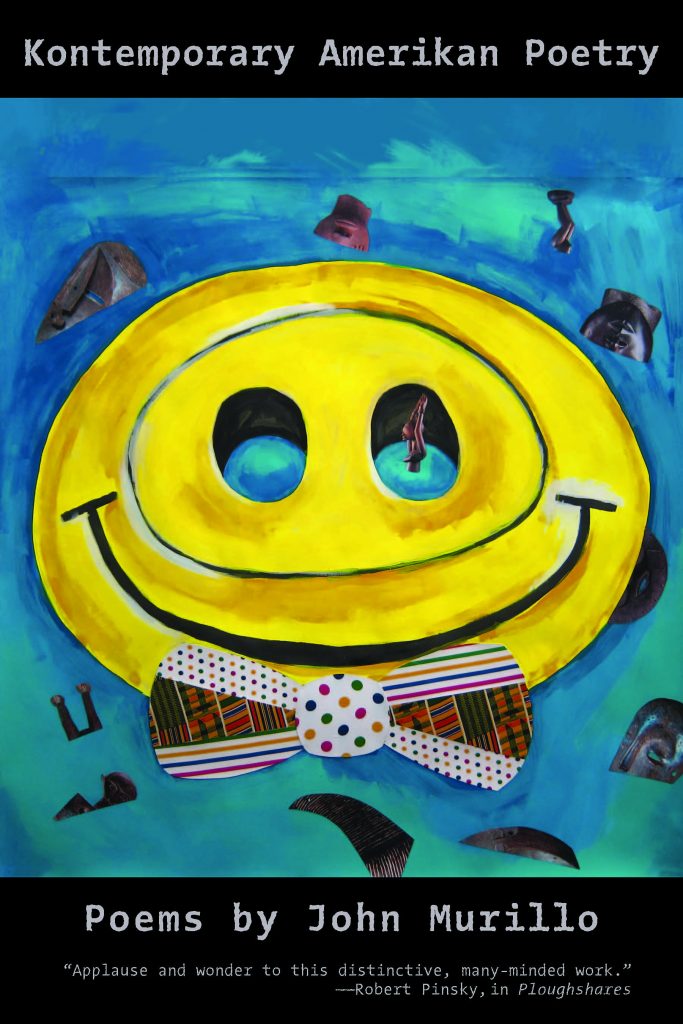 “...Murillo is a poet for his time, equal to its urgency, and graced are we to have him among us in this time of need."
—Carolyn Forché

“John Murillo’s stunning new collection speaks hard truths about the violence that afflicts our communities, our bodies, and our stories. Yet over this troubling arena, shaped by hostile social and political climates, a saving grace arises: Murillo’s unfettered ability to get at the heart of the wound, giving us words that empower us to transcend the pain.”
—Rigoberto González