When You Go Away

Copyright © 1993 by W.S. Merwin
Used by permission of The Wylie Agency LLC.
Reproduced by Poetry Daily with permission. 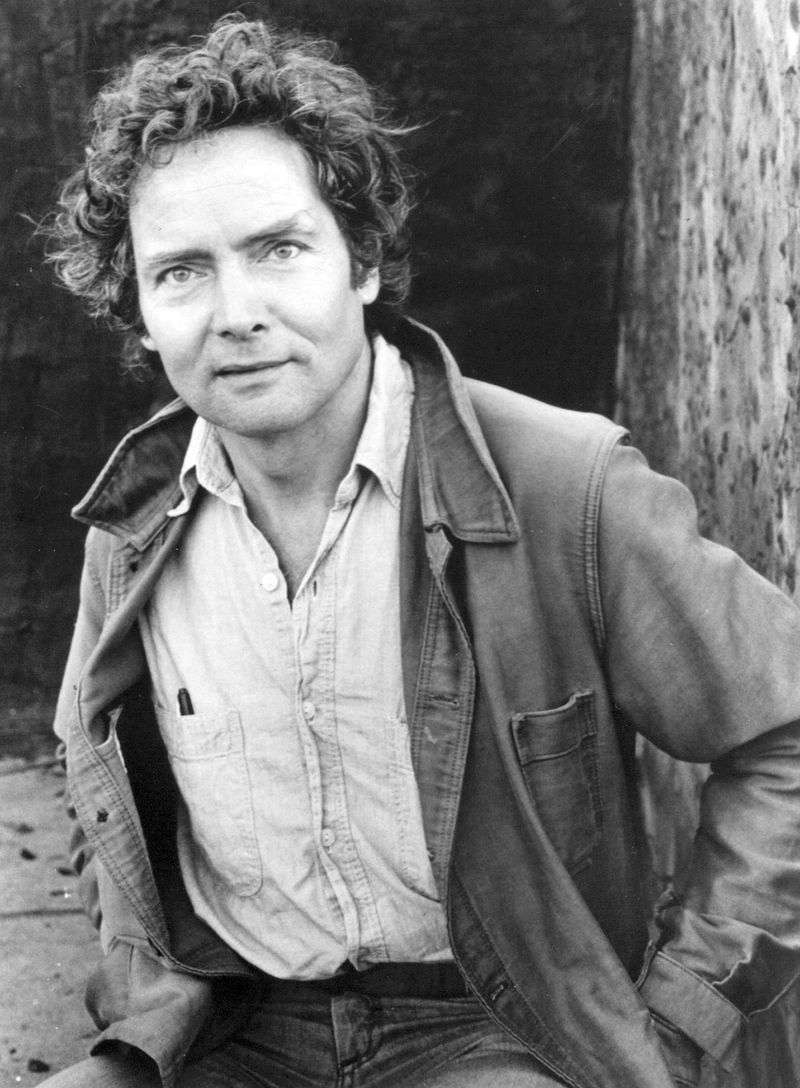 Appointed United States Poet Laureate by the Library of Congress in 2010, William Stanley Merwin had a career that spanned seven decades. A poet, translator, gardener and environmental activist, Merwin has become one of the most widely read and honored poets in America. He died at home at the age of 91, in the house he built, among the thousands of palms he planted, on Friday, March 15, 2019.

Born September 30, 1927, in New York City, William Stanley Merwin was the son of a Presbyterian minister, for whom he began writing hymns at the age of five. He was raised in New Jersey and Pennsylvania and attended Princeton University on a scholarship. As a young man, Merwin went to Europe and developed a love of languages that led to work as a literary translator. Over the years, his poetic voice moved from the more formal to a more distinctly American voice. As the Atlantic Monthly said, “The intentions of Merwin’s poetry are as broad as the biosphere yet as intimate as a whisper. He conveys in the sweet simplicity of grounded language a sense of the self where it belongs, floating between heaven, earth, and the underground.”

In addition to the appointment as U.S. Poet Laureate in 2010, W.S. Merwin has been awarded the Pulitzer Prize (twice), the Bollingen Prize, the Tanning Prize, the Lilly Prize and the Lannan Lifetime Achievement Award. His Migration: New and Selected Poems won the 2005 National Book Award for Poetry and Present Company, which closely followed it, earned him the Bobbitt Prize from the Library of Congress.

Merwin has also translated both Dante’s Purgatorio and Sir Gawain and the Green Knight, for which he won the American Academy of Arts and Letters’ Gold Medal for Poetry and the Academy of American Poets’ Howard Morton Landon Translation Prize. In 1999, W.S. Merwin was named Poetry Consultant to the Library of Congress for a jointly-held position along with poets Rita Dove and Louise Glück. He has been honored as laureate of the Struga Poetry Evenings Festival in Macedonia, receiving the international poetry award, the Golden Wreath Award. He received the 1971 Pulitzer prize for Poetry for his collection The Carrier of Ladders, and the 2009 Pulitzer Prize for Poetry for The Shadow of Sirius, widely praised as one of his finest books and lauded by one reviewer as “the irreducible essence of his art.” The Kenyon Review Award for Literary Achievement was be awarded to Merwin in November 2010. (The Merwin Conservancy) 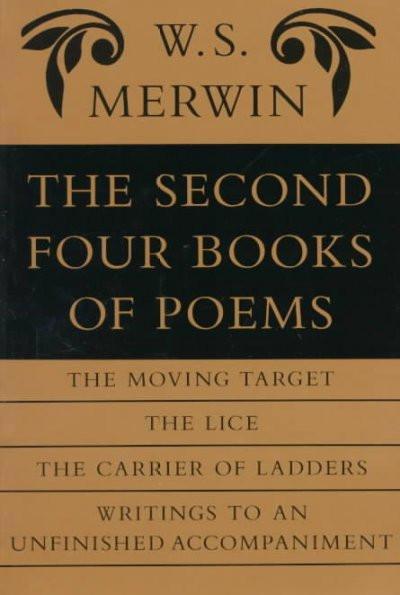 This edition includes in one volume all of the poems from four books—The Moving Target, The Lice, The Carrier of Ladders, and Writings to an Unfinished Accompaniment—which many consider to be the strongest works of United States Poet Laureate W.S. Merwin's career. This is some of the most startlingly original and influential poetry of the second half of the twentieth century, a poetry that has moved, as Richard Howard has written, "from preterition to presence to prophecy." This work has transfigured and reinvigorated the vision of poetry for our time, and the poet's preface places the work in proper historical—and biographical—context.

"This body of work established the author as one of the most profound and influential poets of our time."
—Book People

"[Merwin] is very much a poet, that is, an intelligent observer of the world’s contradictions during the Vietnam War when three of the four books were written. Strikingly original, passionate, and convincing, Merwin fashioned a poetry of the 1960s and early 1970s that was technically daring and a spiritual directive against 'sleepless despoiling' of our planet. A hauntingly provocative collection and a reminder that our best poetry can be allowed to go out of print, then brought back into print by a small but exciting publisher."
—Gary Soto, Small Press