1.As though it could do anything but vanishmy mother's life is only tiny stories nowand what I remember of them afterward:how she loved to iron and drink beer on hot nights.I too love to flatten wrinkles out of a shirtwith light blue, or dark green, or white cuffs.Tonight I'm sipping beer, the radio's playing"Bird of Prey Blues," followed by "All for You."It doesn't take much to get me drunk.Even so, I don't have enough beerto savor it. I finish another three shirtsand imagine the wrinkles lifting off,layering and coiling themselves around melike petals of an invisible bouquet.I think of my mother sitting in a front row of folded chairsat Fort Rosecrans as I stood to speak about the manwhose uniform she ironed, the man whose asheswere slowly marched in front of us.This last shirt won't work with the iron.It curdles in a corner, bunches and won't smooth.2.A couple hours later, it's still too hot to sleep:my bare feet up on a wooden windowsill, big frame glass slid up.                The rumor that proportion is only focus turned inside out is                true enough to know its sneakiness.The peppermint tea on the table is slowly cooling, so I know it's not                time that's altering this clarity.My mother says, "I don't think we ever really know anybody else                I don't even know if we finish knowing ourselves."She's sitting in her kitchen, refusing to eat any supper, insisting she's                full from lunch, happy that I'm visiting long enough so that                we can talk.At 75, she hammers boards together for a raised bed in her gardenIrises, gladiolas, lilies.This afternoon we were both reaching for a piece of paper and I                brushed her fingertips.My hands are almost as small as hers.The warmth that in an instant gushed from her hand was pure out of                focus accident,the slow heat of a third year widow scorching a roomhe sat in before he got up, folded towels, went to sleep, and died.

The Headwaters of Nirvana/Los Manantiales del Nirvana is an expanded version of Pruebas Ocultas, a bilingual edition of Bill Mohr’s poems published in Mexico by Bonobos Editores. Both editions reflect the translator’s preferences; in selecting these poems, José Luis Rico and Robin Myers aspire to share their perspectives of a poet who is exceptionally hard to classify. (What Books Press) 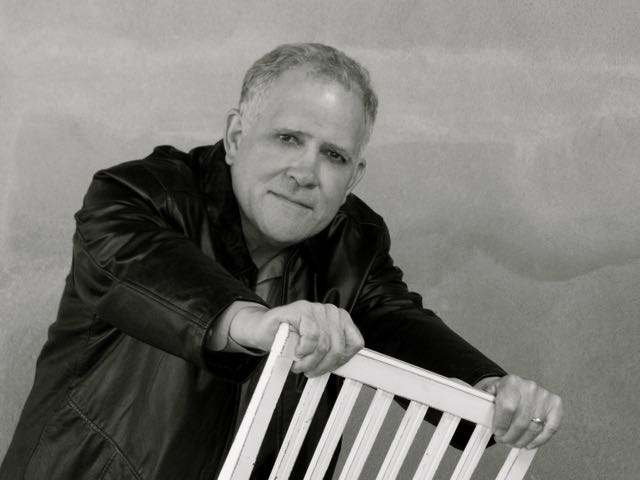 Bill Mohr was born in Norfolk, Virginia, attended high school in Imperial Beach, California, and was then educated at several institutions, including the University of California, Los Angeles (B.A.), and the University of California, San Diego (M.A.; Ph.D.). In addition to having his poems translated into Croatian, Italian, Japanese, and Spanish, his writing has also appeared in over a dozen anthologies. From 1972 to 1988, Mohr was active in Los Angeles as an editor or publisher. Mohr’s literary history, Holdouts: The Los Angeles Poetry Renaissance 1948-1992, was published by the University of Iowa Press in 2011. His articles, essays and commentary have appeared in journals such as the William Carlos Williams Review, Chicago Review, Journal of Beat Studies, and the LA Review of Books. Mohr is currently a professor in the Department of English at California State University, Long Beach, where he has taught since 2006. Prior to his academic career, Mohr primarily worked for well over 15 years as either a blueprint machine operator or typesetter for weekly newspapers.

José Luis Rico is a Mexican poet and a translator of English and French into Spanish. From 2010 to 2012, he was the beneficiary of a creative writing grant for young artists awarded by the Fundación para las Letras Mexicanas. He debuted as a translator in 2012 with the book Papeles mexicanos (English: Mexican Papers; edited by Ardiente paciencia), a selection of the Mexico-themed
poetry and prose of French writer Michel Butor. His translations of English poetry into Spanish include the poetry of James Merrill, as well as the selection Cinco poetas estadounidenses contemporáneos (2011), featuring Paul Roth, Anthony Seidman, Bill Mohr, Patrick Lawler, and Robert Pesich, published on the Circulo de Poesía magazine. In tandem with Robin Myers, he translated the Spanish half of LA-based poet Bill Mohr’s bilingual volume Pruebas ocultas
(Bonobos, 2015). He is currently curating and translating into English an anthology of Mexican narcocorridos, or drug traffic-themed traditional ballads, which is forthcoming from Phoneme Media in 2019. 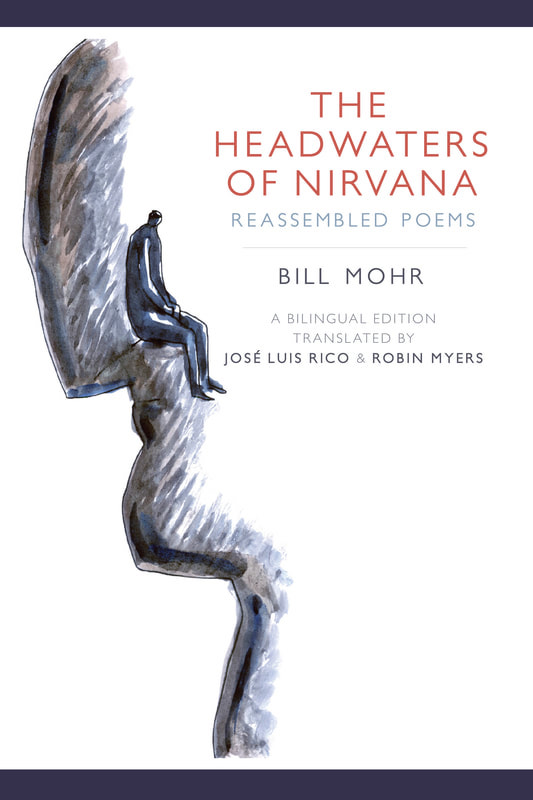 The Headwaters of Nirvana / Los Manantiales del Nirvana is an expanded version of Pruebas Ocultas, a bilingual edition of Bill Mohr’s poems published in Mexico by Bonobos Editores. Both editions reflect the translators’ preferences; in selecting these poems, Jose Luis Rico and Robin Myers aspire to share their perspectives of a poet who is exceptionally difficult to classify. Touching on a multitude of tender as well as sardonic themes, Mohr’s poems are most often associated with a contumacious West Coast poetics centered in Los Angeles. While Mohr has vigorously championed his fellow poets since the early 1970s as an editor, publisher, critic, and literary historian, The Headwaters of Nirvana surpasses his other noteworthy achievements. Mohr now stands poised to claim an enduring place among the handful of American poets whose work will continue to be acknowledged on an international level. As Margarita Cuellar observed in selecting Pruebas Ocultas as one of the two dozen best books of poetry published in Mexico in 2015, “Si hay una palabra qui identifique sus textos ésta podria ser ‘vitalidad’.”