In the spring of 2020, shortly after the first lockdown, I was cleaning out a desk drawer when I found a sheet of self-sticking labels: From the neat, printed rows, came a whisper from Horace.

The labels were almost 15 years old—the remnants of a poetry bombing project I’d launched the last time that life was wearing me down. For weeks, I’d stick the tiny labels in odd public places: the leg of a chair at Pollo Tropical, a corner of a table at Starbucks, on a window of a restaurant or department store, a mannequin’s thumb. I liked imagining the surprise on some stranger’s face and then their delight (or even uncomfortable recognition—that would be fine, too) as they scanned the infinite embedded in the 2,000-year-old question. I hoped that, as it had done for me, the line would bring the chance reader, if not solace, at least a smile.

The line is from a translation of Horace’s ode II.11 made by the Irish poet Eavan Boland and published in Horace, The Odes: New Translations by Contemporary Poets, edited by JD McClatchy. Never mind that, with the confidence of the amateur, I’d transformed Eavan’s elegant meter into haiku: the translation, like the collection itself, is sublime.

I’m the niece of a fine American poet, and I was raised in the kingdom of poetry, watched over by the sacred verse-makers. In Horace, The Odes, the contemporary poets gather like rock stars at a benefit to end spiritual hunger: 35 in all, including Charles Simic, Robert Haas, Heather McHugh, W. S. Merwin, Marie Ponsot, Mark Strand, Ellen Bryant Voigt (three years ago, I happened to recognize Heather McHugh at Warren Wilson, and nearly fainted when she sat next to me on a stormy evening in the hills above Asheville).

The translations came out in 2002. And as Quintilian observed about the Odes themselves: they could be lofty, but also full of charm and grace. I found them about three years later at the exquisite Books & Books in Coral Gables, where I’d gone for my regular dose of therapy. I was in the middle of a long-distance and very public divorce and had just started working as an opinion columnist in a hostile city, often feeling un-welcomed in the newsroom, in the streets, and in my own family home, where my father once screamed at me, as he carried my baby niece, “You’ve never liked the Cubans! You’ve never liked your own people!”

Maybe this was the day that an editor had summoned me to his office to ask if I was “really that angry?” Or maybe the day a reader had called me a cunt for the fifth time that month. Whatever the irritant, I left work, drove to Books & Books and lost myself in the shelves, ending, as I often did, at the slender corner devoted to poetry.

Why did I pick up this book? I don’t remember. But I bought it and then sat in the café to read with a cup of coffee, and then another.

In his essay, “Steps towards a Small Theory of the Visible,” John Berger writes, “In art museums we come upon the visible of other periods and it offers us company. We feel less alone in face of what we ourselves see each day appearing and disappearing.” Not only in art museums.

There are so many poems I could have chosen for this lovely invitation by Sally Keith. Poems I’ve carried since childhood, the first lines of poetry I memorized at age 5: “The fog comes on little cat feet…” (Carl Sandburg), poems of my late adolescence: “I watched you watch the stars / Believing that the wheel of fate was steady;” (Philip Levine); poems of my young womanhood: “I have gone out, a possessed witch, / haunting the black air, braver at night;” (Anne Sexton). Poetry’s hooks in me are many and deep.

But it is Horace, in Eavan Boland’s voice, that returns to me this season, making me feel less alone in the face of that which perpetually appears and disappears.

And asks little of us. How soon the bright
Days of our youth and beauty end, and age
Puts paid to love and ease and the small gift
Of going out like a light.

The wildflowers of spring will not inherit
The earth forever nor the moon shine like this.
Why do you weary yourself? Why do you worry
The infinite question with your finite spirit?…

As I was putting these thoughts together in the summer of 2020, I learned that Eavan Boland had died of stroke that past April in Dublin at the age of 75, just as the pandemic was taking hold in Europe. I was sad to have been so absorbed in the new worries that I missed the news of her death, which would have been occasion again to reflect on all that Boland’s work has meant. That her translated lines reappeared in my life at the same time she was leaving the world proves nothing more than poetry’s power to imbue even chance occurrence with meaning. And it is surely coincidence, as well, that one of her most famous poems about Ireland’s 1847 famine is titled “Quarantine” and begins with the lines,

Maybe what we mistake for portents are only hauntings. We are forever caught in the lyric spirals of Horace, the worst seasons return again and again in new guise, Death, pale and impartial, ever at the door. So we cling to the simplest dreams: a drink of wine, a pretty youth, a line of poetry. My sheet of little stickers could not mend the world’s cracks, but old man Horace and his anointed magi reveal the brightness continually seeping through.

Ana Menéndez says, by way of Eavan Boland and Horace, that “the worst seasons return again and again in new guise.” Take one of Boland’s or Horace’s lines above and begin your own poem using their words; or, translate their words into your own time, place, and vernacular—into your own “guise.” 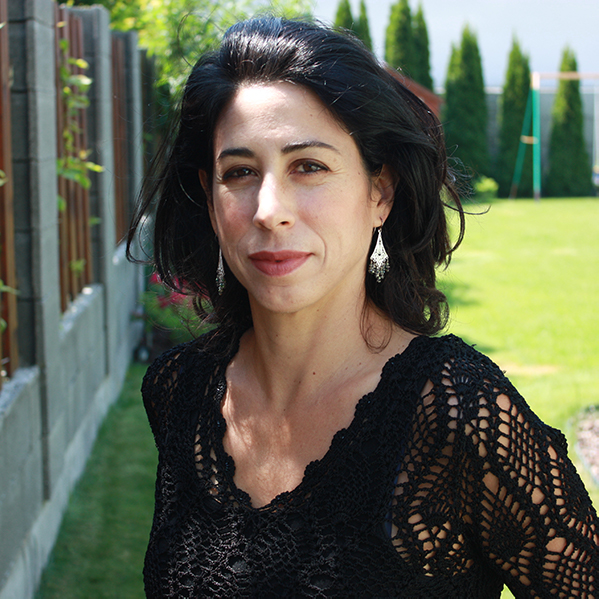 Ana Menéndez has published four books of fiction: Adios, Happy Homeland!, The Last War, Loving Che and In Cuba I Was a German Shepherd, whose title story won a Pushcart Prize. She has worked as a journalist in the United States and abroad, lastly as a prize-winning columnist for The Miami Herald. As a reporter, she wrote about Cuba, Haiti, Kashmir, Afghanistan and India. Her work has appeared in publications including Vogue, Bomb Magazine, The New York Times and Tin House and has been included in several anthologies, including The Norton Anthology of Latino Literature. A former Fulbright Scholar in Egypt, she has also lived in India, Turkey and The Netherlands, where she designed a creative writing minor at Maastricht University. She is an associate professor at Florida International University with joint appointments in English and the Wolfsonian Public Humanities Lab.