David Herd on Emily Dickinson’s “[I dwell in Possibility –]”

I think I was drawn to the word “dwell.” Long before I had read what the philosophers have to say about dwelling, I think I was drawn to the way, in a single stanza, Dickinson places us between worlds. We are given a house–this is a poem with a built environment—but what the house plays host to is creative thought. Where she dwells is where she lives but also she exceeds that situation. She acknowledges, records and reimagines her environment.

I love that about her work. When I first read it I would have been in my early twenties; I read Dickinson before I got to Lorine Niedecker or to Mina Loy. I was living in London, which meant many things—‘numerous’ is Dickinson’s word—and since I was a student the building I was in was often a library. There was one library in particular, all dusty and wooden, with iron staircases you could climb to find a table of your own. It felt a long way from home, home being a small town in the English East Midlands, which had been hurt by what I now know as neoliberalism but which at the time we knew as Thatcher. The library was a setting where possibility could unfold. And one of the writers we were asked to read was Emily Dickinson.

I read it all—I am not usually such a completist—but there was something about Dickinson’s hesitant, defiant voice. Her situation was real, she worked to a set of constraints, but as she did so was remaking what she found. She wasn’t pretending she didn’t live in a real circumstance, but nor was she under any illusion that her circumstance was enough. I don’t want to reimport significances I didn’t get, but this woman poet from the nineteenth century spoke directly and with beautifully pointed ambiguity. Here I am, she recorded. This situation has to change.

What she says, to anybody who might listen, is that the poem is “possibility.” We know this because in the opening stanza, “possibility” is counter-posed to prose. I am not entirely sure what Dickinson wants to say about “prose,” though it is interesting that her point of comparison is “fairness.” When she says that, I don’t think she means to make a point about appearances—though that gendered implication is part of the poem’s infrastructure—but rather a claim about the ethics or the politics of the poem. What I heard Dickinson saying is that the poem is more fair because of what it seeks to hold open. This, it seemed to me, was the possibility in which her writing dwells.

The poem’s possibilities are many. You feel them at every turn; in every space held open by her signature dash. The windows are numerous in this house because the poem’s meanings shift, each word opened to the range of its definitions. When she occupies in the final stanza—when she states her “occupation”—we see her in her self-appointed role as maker of poems. But what she also means is that she is claiming a space; she is writing herself into the world. Her occupation is the way she handles words. It is in that space between the world and the word, between the environment that is given and the environment it is possible to make, that Dickinson establishes her identity, the setting in which she dwells.

It is a space, as the second stanza tells us, that is both secure and open. Here again the poem is presented to us through the infrastructure of a house, and we are reminded that lyric is a private place. Its chambers cannot be breached; the poem is a place in which a person can hide or take refuge. Against the threat of violence, carried by the word “impregnable,” Dickinson establishes a layer of meaning behind which the self can hide. But the space is also open, or might be opened, to “The Gambrels of the Sky,” projecting as the line turns towards all the possibilities of the exterior. Again, the poem is between: hidden and open, sheltered and in communication with the world outside. Dickinson’s point is never that such a negotiation is easy, but that the poem brings its dimensions into view, the dynamics of a person establishing their right to be at home in the world.

Where the poem ends, as it dwells, is in the openness of things. The house, which is the poem, which is where possibilities occur, is shaped as much by those who visit as by what it holds. To be open to those who visit is, Dickinson wants us to see, the act of writing itself because there, as she tells us in the second line of the final stanza, is her “Occupation – This – .” The poem she wants to build, or rather the poem she chooses to dwell in, is an act of opening out, or rather, because she is very particular about her verbs, an act of gathering in.

I remember first reading Dickinson, this poem in particular, because to hear her is to be invited to re-imagine space. Where she dwells is in the possibility that the forms we live in can be opened out. She speaks, in her moment of composition, to the present of the poem.

Write a poem about a building or an environment in which the space is transformed, in which the poem’s handling of structure and language indicate an openness to the world. 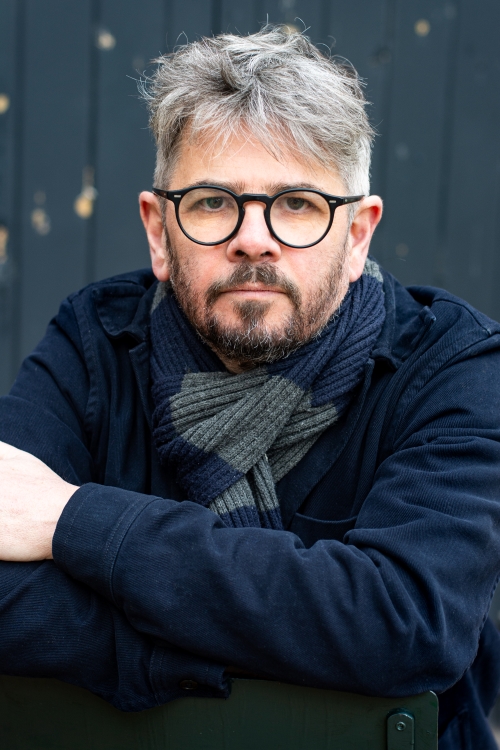 David Herd’s books of poems include All Just, Outwith, Through, Songs from the Language of a Declaration, and Walk Song (forthcoming from Shearsman). His essays and poems have been widely published in magazines, journals and newspapers and his recent writings on the politics of human movement have appeared in From the European South, Los Angeles Review of Books, Paideuma, and the Times Literary Supplement. He is Professor of Modern Literature at the University of Kent and a co-organiser of the project Refugee Tales.