Evie Shockley on Jayne Cortez’s “There It Is”

Jayne Cortez is one of the poets whose example taught me how expansive the genre of poetry is—or can be. Quite honestly, I no longer recall when or where I first encountered her work. I’m pretty sure it wasn’t in a course; when I was a student, she was far from canonical. Yet her poems are included in a number of the anthologies of African American poetry I had begun to collect just before starting grad school, such as Clarence Major’s The Garden Thrives, E. Ethelbert Miller’s In Search of Color Everywhere, and Michael Harper and Anthony Walton’s Every Shut Eye Ain’t Asleep. And, not surprisingly, she makes an appearance on spoken word CDs released at the turn of this century—like Our Souls Have Grown Deep Like the Rivers: Black Poets Read Their Work and Every Tone a Testimony (An African American Aural History)—that were intended to make aspects of Black culture in the U.S. more widely accessible.

Cortez was a likely, if not inevitable, contributor to such audio anthologies because her poetry was created with its audible performance—in concert with The Firespitters, her jazz and blues band of percussion, string, and brass musicians—in mind. She published collections of her poems on LPs and CDs to nearly the same extent that she published them in books. While many African American poets, from Langston Hughes on, have read their work with or over musical accompaniment, Cortez is relatively unusual in the degree to which she understood her voice as one instrument among the others in the band. The rhythms, phrasing, and attitude of her poetry—its sounds, in other words—were foregrounded in the recordings she made with The Firespitters: but as a feature of, rather than a supplement to, the music.

“There It Is” was the title track from the album Cortez and The Firespitters released in 1982. The poem appeared in her book Firespitters that same year, and was later reprinted in Coagulations and On the Imperial Highway (her New and Selected volumes of 1984 and 2009, respectively). You can listen to it on YouTube, which I highly recommend, but I want to touch on what draws me to the poem as we encounter it in the books—or on the Poetry Daily website, in this case.

Cortez is always deliberate about her poems’ address, and the first stanza of this poem provides us a very nuanced example. “My friend,” she begins, dropping us immediately into a question. Who does that designation include? We soon realize that the term functions both sincerely and ironically: “they don’t care / if you’re an individualist / a leftist a rightist / a shithead or a snake.” No matter where you fall on the political or moral spectrum, unless you’re one of the elite few powerbrokers, the poem is speaking to you.

Before reading on, check out the visual cues she offers as stand-ins for her tone of voice. “They don’t care” is a powerful line that, by itself, distills the poem’s political analysis. The spatial caesura between “a leftist” and “a rightist” can suggest the perceived distance between those positions, even as the absence of the expected comma underscores the idea that there’s no distinction between the two in terms of their treatment.

“The ruling class” has long called the shots, and “they” are determined to get and take whatever they need from you, be it labor, acquiescence, or absolute silence. Cortez’s trademark use of enumeratio—a rhetorical device that builds the force of an argument by offering detailed lists of the parts, causes, or effects of an issue—drives home the ruthlessness of this class of people: “They will try to exploit you / absorb you confine you / disconnect you isolate you / or kill you.” Enumeratio forms the poem’s fundamental structure. Each stanza is a list: the third stanza announces what’s in store for those who fall prey to this instrumentalization, for instance, while the fourth catalogues the ruling class modus operandi.

One of the things I love about Cortez’s poetry is how she employs this rhetorical strategy to suggest how large a group we, the exploited, are. Black people may be her primary focus, as references to “white supremist lynch mobs” and “african hair styles” suggests, but the scope of her “you” encompasses any of us susceptible to the manipulative, extractive tactics of the ruling class: the mind-numbing escapism of drugs, the divide-and-conquer distraction of “hate,” the debilitating obstacle of being un(der)educated, or anything else that diverts us from the collective, concerted effort we’ll have to make to gain “the power to control our own lives.”

The device of enumeratio also enables Cortez to set up and release the poem’s sonic and imagistic energy. The elements of her lists build on the recurring sounds of repeated prepositional phrases (“into your own”) and recurring rhythms of parallel construction (“the bulldozers leaping,” “the old folks dying”). Additionally, repetition draws us into the surprising, illuminating images she uses to renew the effectiveness of too-familiar political language. Subjection to the ruling class leaves us not simply in a state of “captivity,” “submission,” and “repression,” but wearing “the exaggerated look of captivity / the stylized look of submission” and “the decomposed look of repression,” in Cortez’s revitalizing lines.

I can’t close without pointing to how these lists speak as directly to us in 2021 as they did to her audiences nearly forty years ago. “They” still “organize their police into /killer cops,” still “ossify us with angel dust” or equally deadening substitutes like crack, meth, and opioids. Truly, Cortez seems downright prescient with her decreasingly surreal inventory of ruling class tactics, such as “fill[ing] your nostrils with / the swine flu of their arrogance” and “fly[ing] off into the wild blue yonder to / pollute another planet.” (She fore/saw you, Jeff Bezos.) This poem, and Cortez’s work generally, has supplied me with a brilliant model: a poetics that is imaginative and hard-hitting, unapologetically political and aesthetically complex. She was one of the lights that illuminated my path when I was starting out. I can still see by her glow in today’s darknesses. And there it is.

Write a poem in which you use enumeratio to strengthen an argument, by bringing into view the constituent parts of something that concerns you and making those elements vivid and memorable. Play with structures of repetition that will juice your language and unlock your imagination. 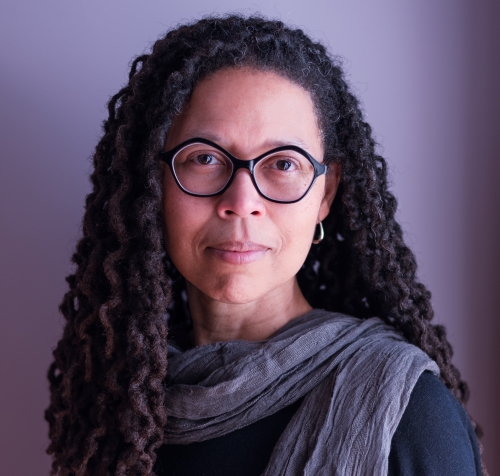 Evie Shockley is a poet and scholar. Her most recent poetry collections, the new black (Wesleyan, 2011) and semiautomatic (Wesleyan, 2017), both won the Hurston/Wright Legacy Award; the latter was also a finalist for the Pulitzer Prize and the LA Times Book Prize. Her poetry has appeared internationally in print and audio formats, in English and in translation. She has received the Lannan Literary Award for Poetry, the Stephen Henderson Award, the Holmes National Poetry Prize, and fellowships from the Radcliffe Institute for Advanced Study and Cave Canem, among others. Shockley is Professor of English at Rutgers University.